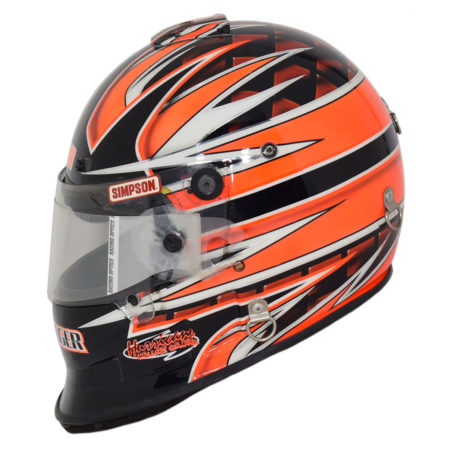 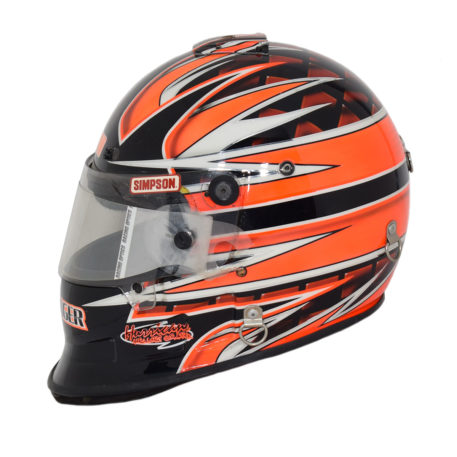 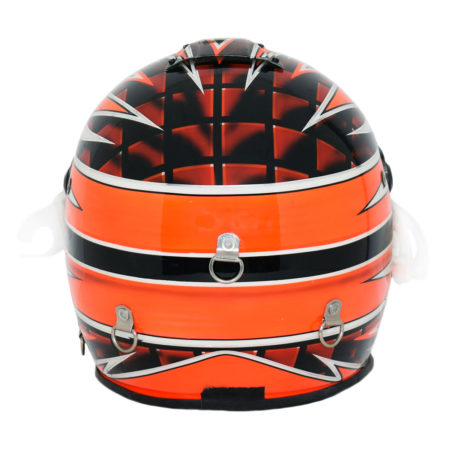 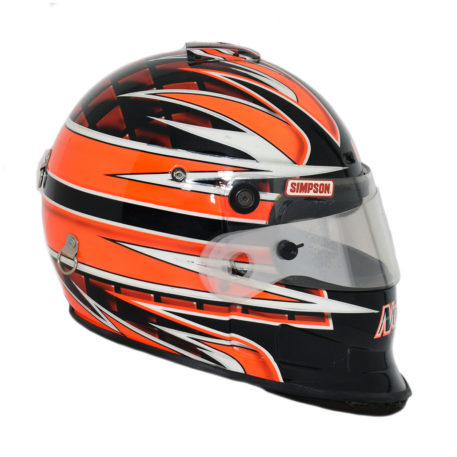 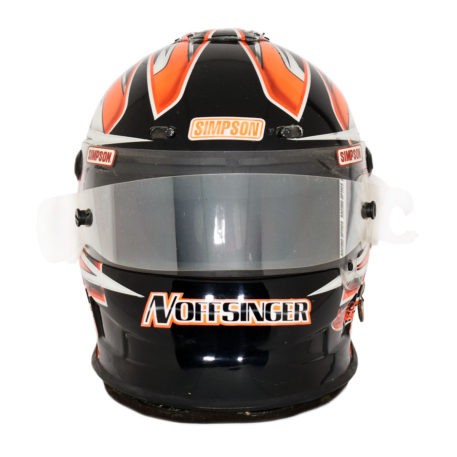 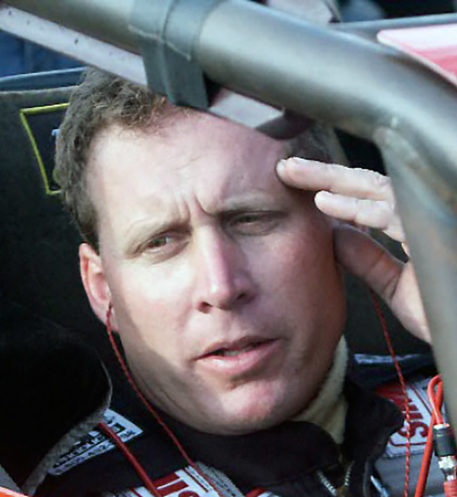 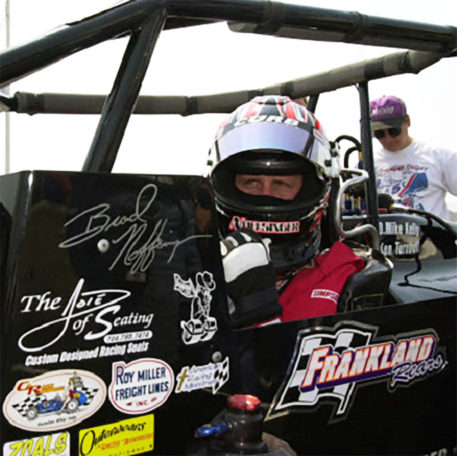 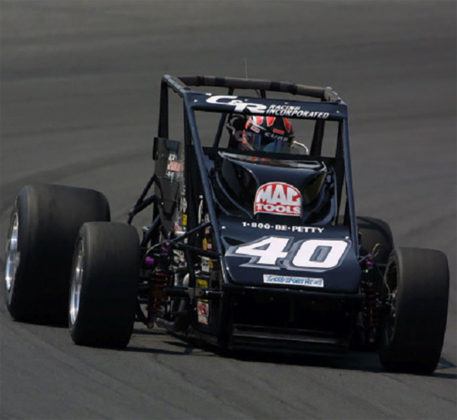 Simpson helmet worn by former NASCAR and Sprint, Midget car driver Brad Noffsinger. The Californian started racing sprint cars on  California tracks in 1976 at the age of 16. After many wins and a long career on short tracks, he stepped up to the Winston Cup Series driving for the Curb Racing team. He decided at one point to act as crew chief for the team. After this, he got back behind the wheel and drove Midget cars from 1997 to 2003. After retiring from driving he became a driver trainer working with many up-and-coming young drivers.

This helmet was used by Noffsinger during the 2001 Midget car season. Painted by Hurricane Graphix its black base color features an orange, black, white and silver spike graphic design overlaying airbrushed red and black squares.  Noffsinger’s name is featured on the chin area in orange, white and black.