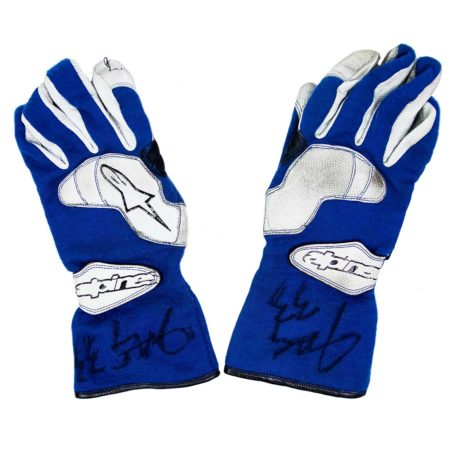 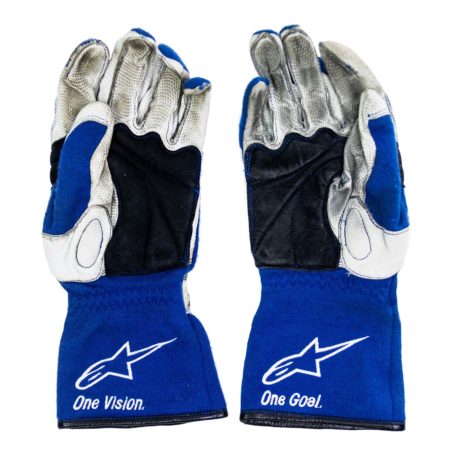 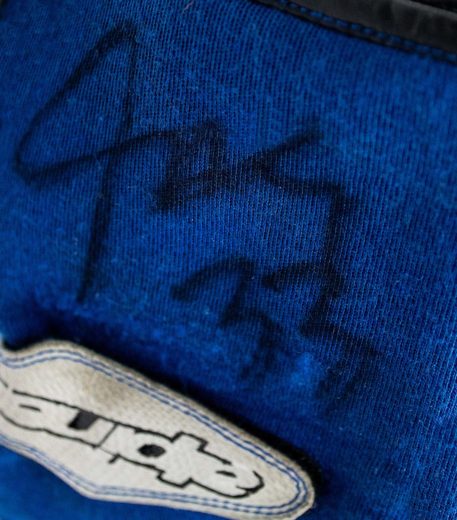 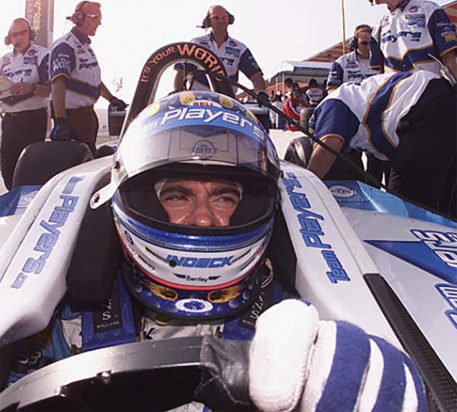 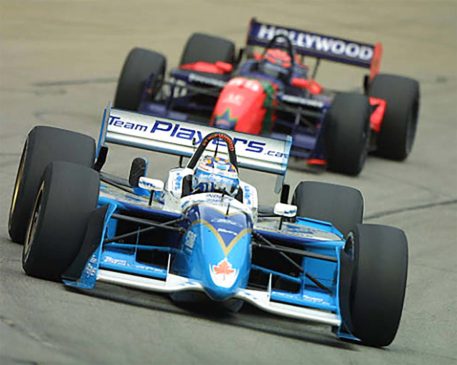 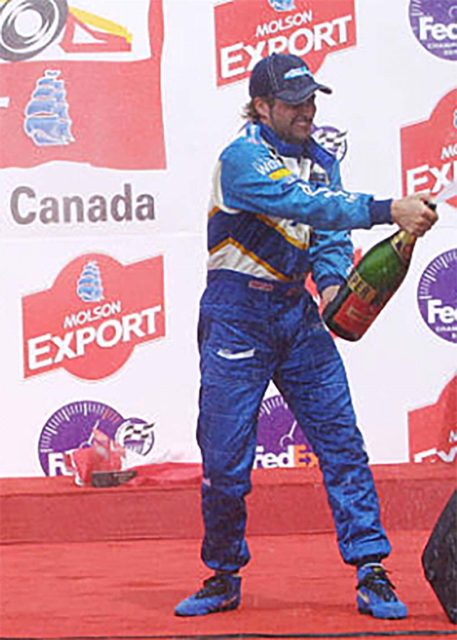 Pair of AlpineStars race gloves worn by Canadian driver Alex Tagliani. He wore these gloves while driving for the Players Forsythe Racing Team during the 2001 FedEx CART IndyCar series. Tagliani notched three podium finishes and many other top ten places during the season. This was also the season Tagliani had the misfortune of being involved in the terrible accident with Alex Zanardi at the Lausitzring, Germany in which Zanardi lost the use of his legs.

The blue gloves have white rubberized protection on the inner fingers and knuckles and the palms have black leather stitched to them. AlpineStars lettering is printed on the Velcro wrist fasteners.

Alex Tagliani has personally signed both of the gloves’ cuffs and also added his race number#33.