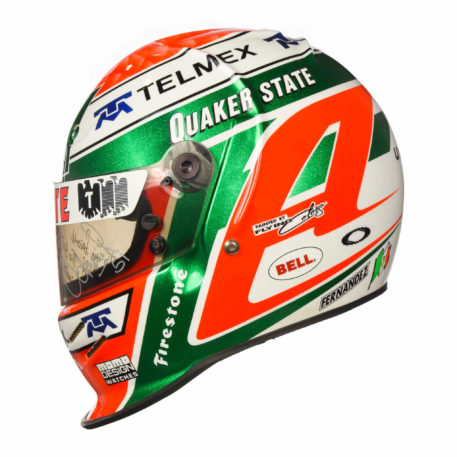 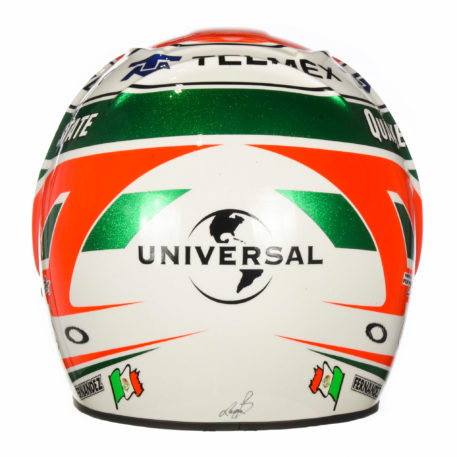 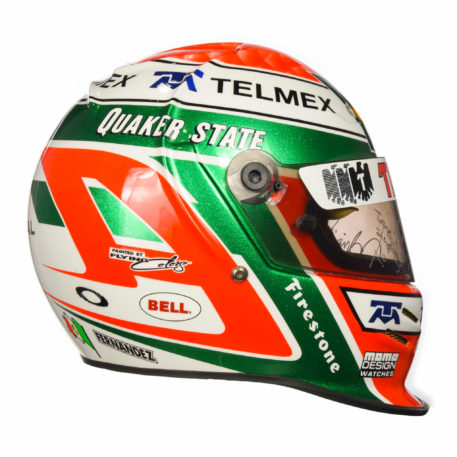 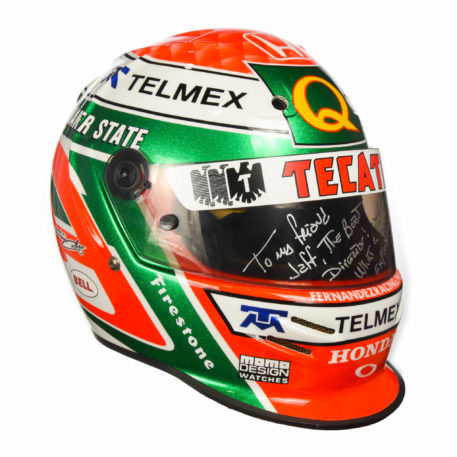 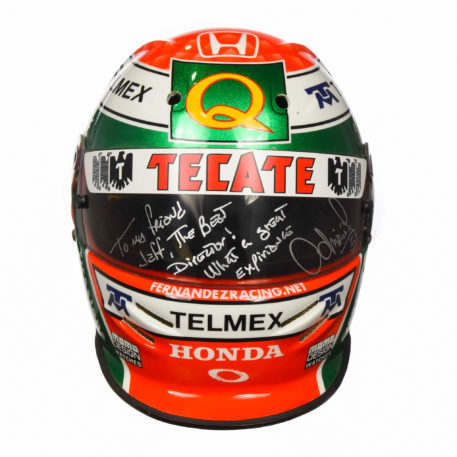 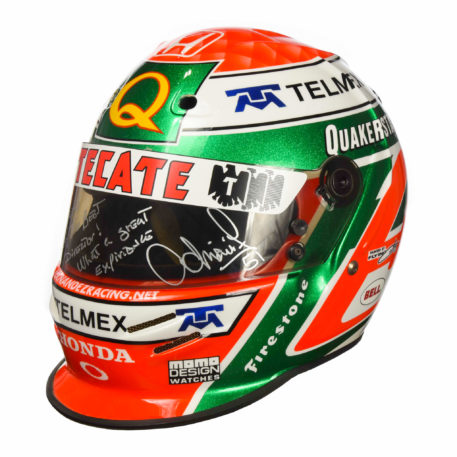 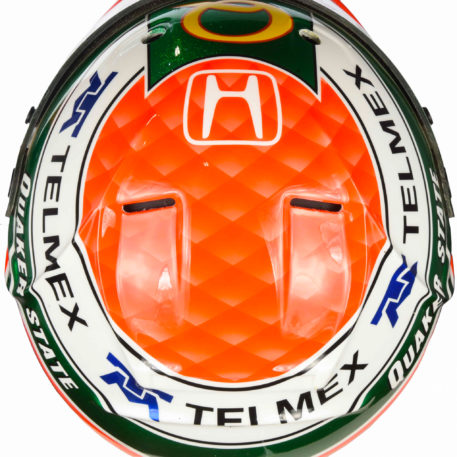 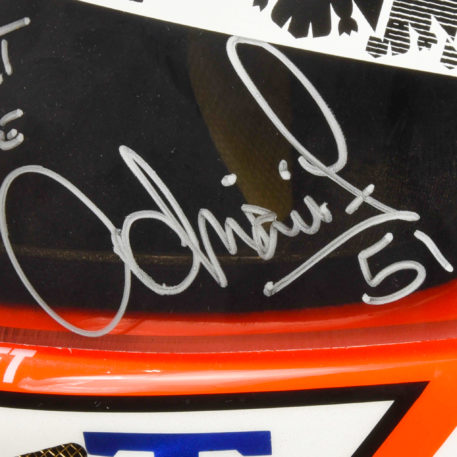 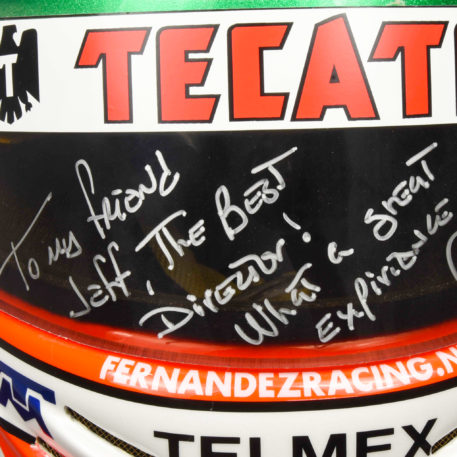 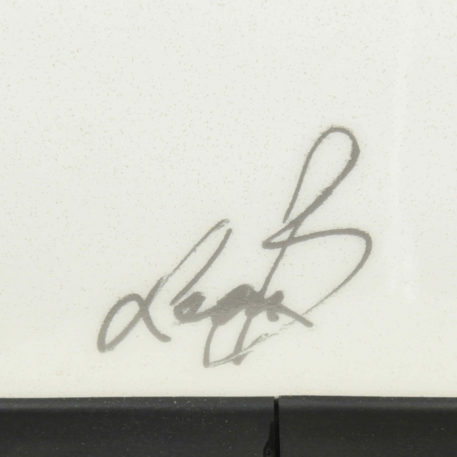 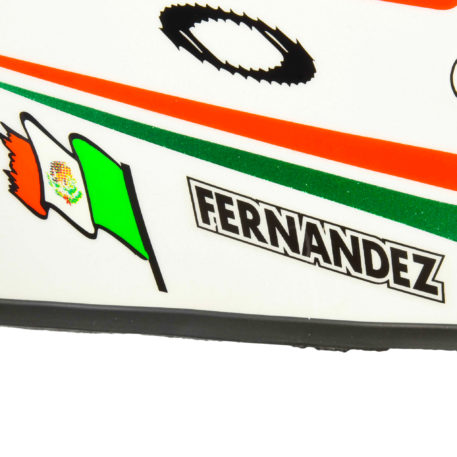 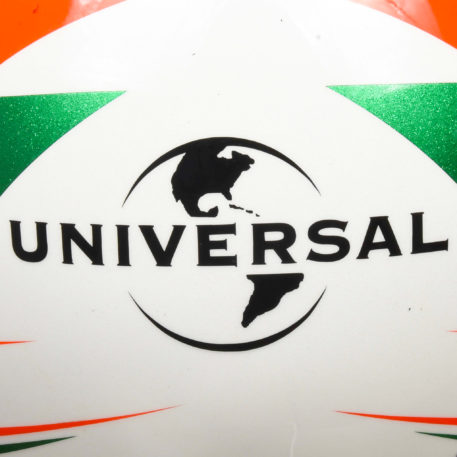 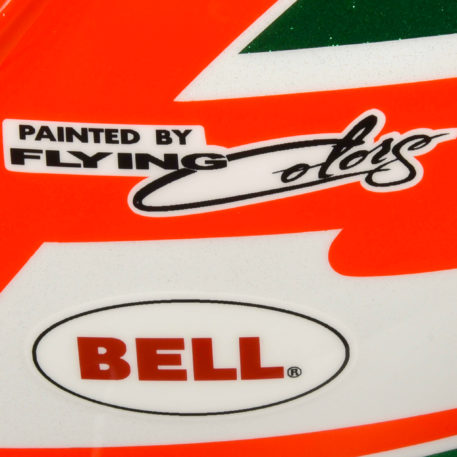 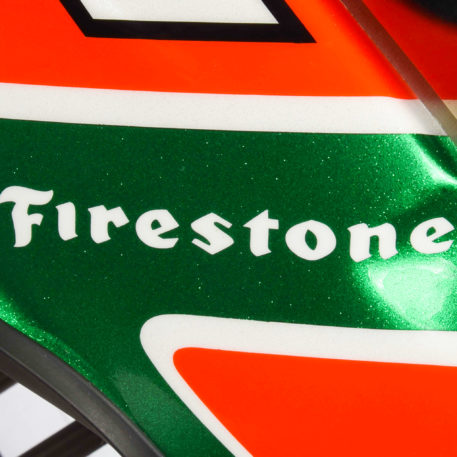 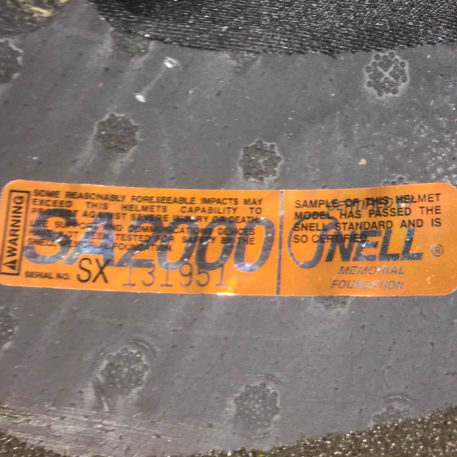 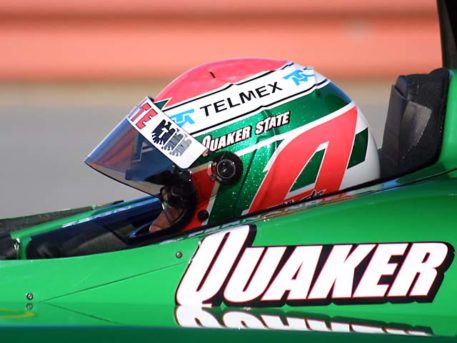 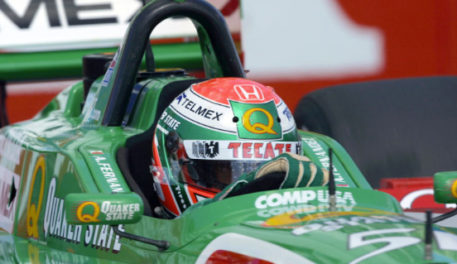 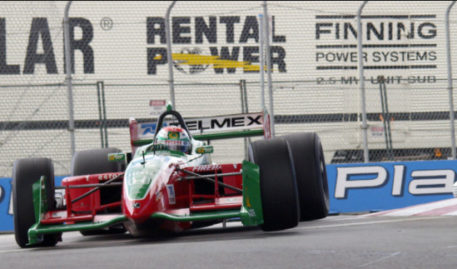 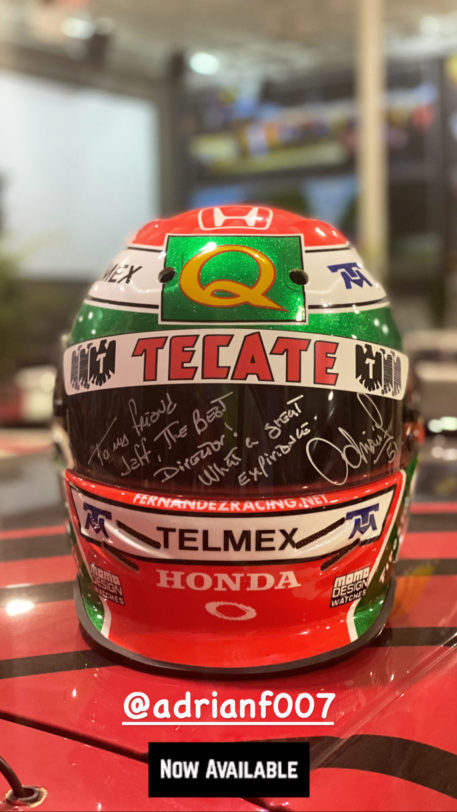 This Bell Dominator helmet was hand painted by Leon Boureau of Flying Colours for Adrián Fernández in the 2001 CART season. The helmet is in near brand new condition and was signed and gifted to the director of the Honda TV commercial. The helmet was not used in the commercial as Fernandez was seen using a Bell Feuling II helmet. This helmet does not have any radio installed.

Fernandez was a winning driver on all sorts of tracks, from street races in Toronto and Surfers Paradise, on ovals like Motegi (twice), as well as on the three unique IRL oval tracks of Kentucky, Chicagoland and Fontana. Two of Fernandez’s wins weren’t celebrated because they ended in tragedy, with the fatal crashes of Jeff Krosnoff in Toronto in 1996 and Greg Moore at Fontana in 1999.

Fernandez’s success shouldn’t have come as a surprise. He finished third in Indy Lights in 1992 behind Robbie Buhl and Franck Freon, and ahead of Bryan Herta in fifth. His first CART win came in 1996 and his last IRL win came in 2004, while scoring four poles along the way.

Sprinkled in were four Indianapolis 500 starts (he was seventh in 2004), four 24 Hours of Le Mans starts, a handful of NASCAR appearances and an LMP2 Championship in the American Le Mans Series in 2009. His versatility as a racer was undeniable.

The helmet comes signed with a Certificate of Authenticity.