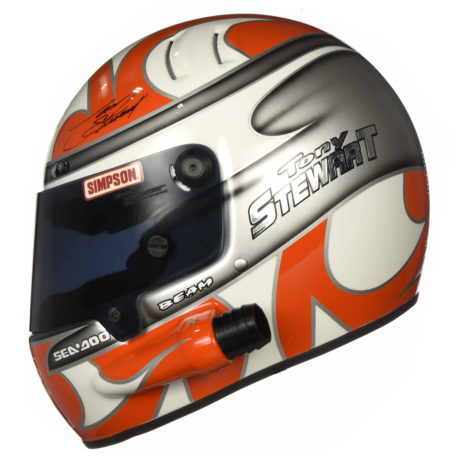 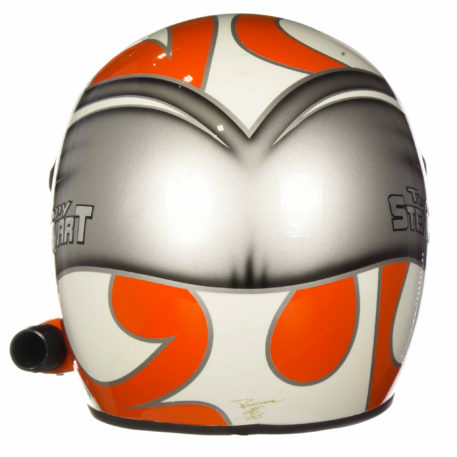 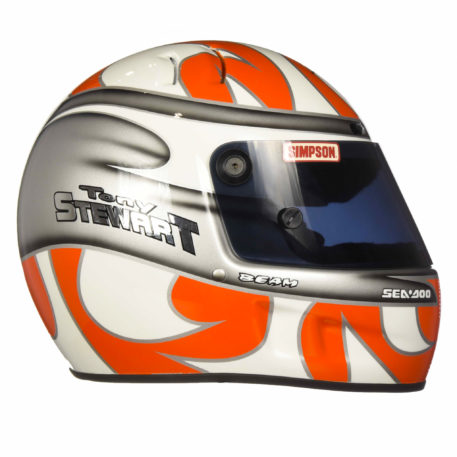 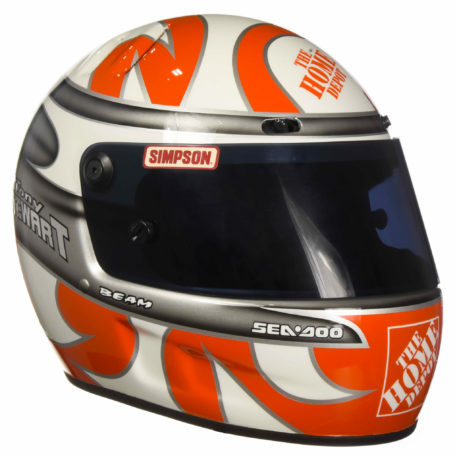 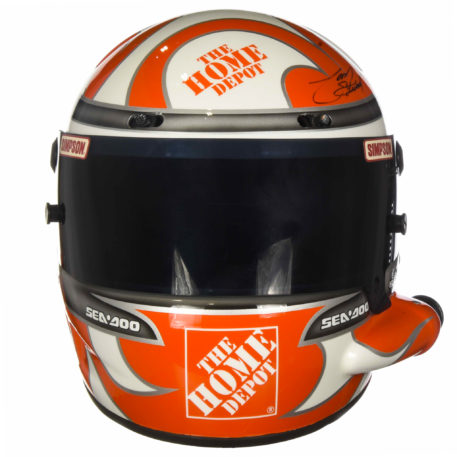 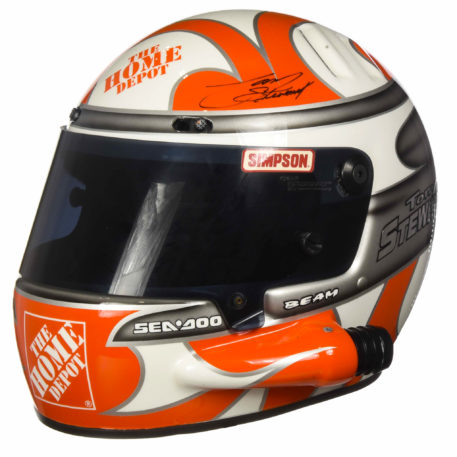 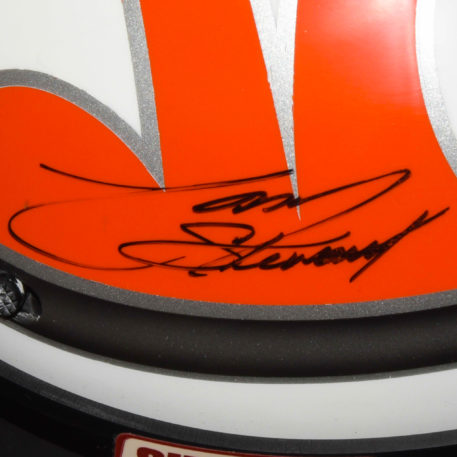 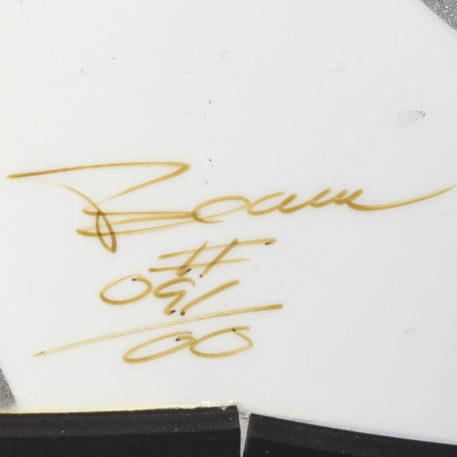 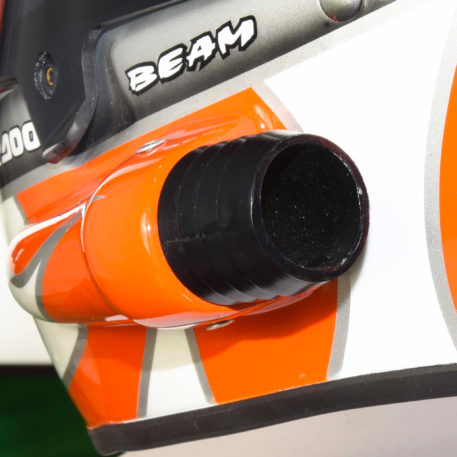 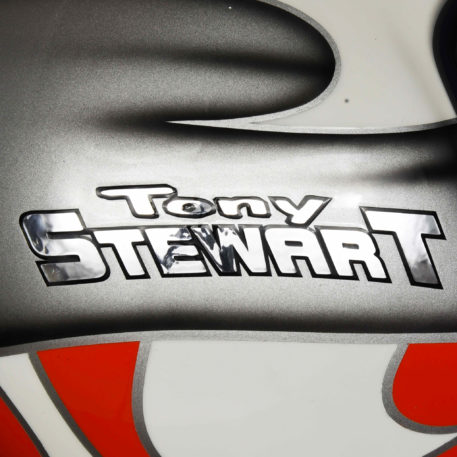 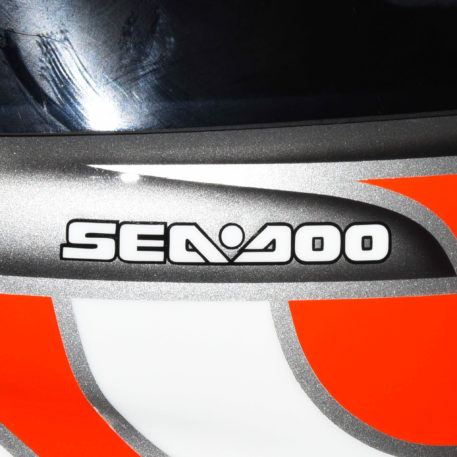 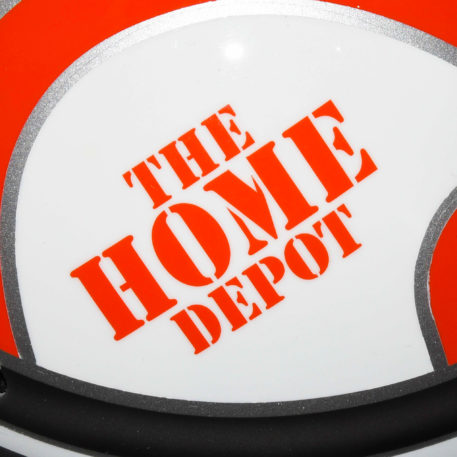 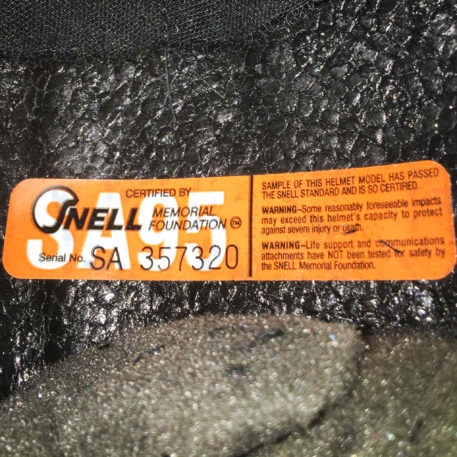 Simpson helmet worn by Tony Stewart during his second NASCAR Cup Series in the year 2000. The helmet a was used for a Home Depot TV commercial which was shot on track at Daytona. The helmet was hand painted by BEAMdesigns for Stewart and is complete with Nomex interior and is Snell rated (SA95).

Stewart won six races that season, including at Martinsville from the pole. He also won at Dover twice, Michigan, Loudon and Homestead that year.

Of course, Stewart’s career is cemented as one of the best in the history of U.S. auto racing. It includes the three Cup Championships, an IndyCar Championship, 49 Cup wins, 3 IndyCar wins, 11 Xfinity wins, a pair of Truck Series wins and four victories in IROC.

Stewart is an avid collector of race-used helmets himself, so the opportunity to own one he used is an opportunity to be seized. It comes with all of the iconic Home Depot livery he carried for 10 seasons with Joe Gibbs Racing.

The helmet is signed by Stewart and comes with a Certificate Of Authenticity.