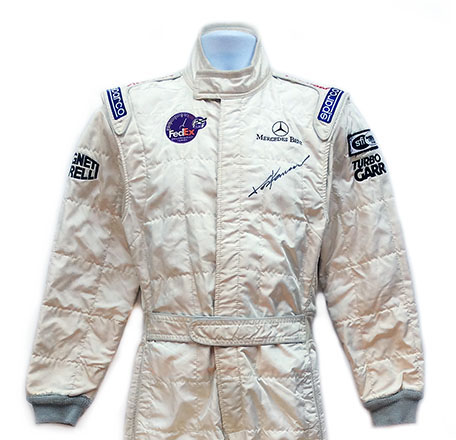 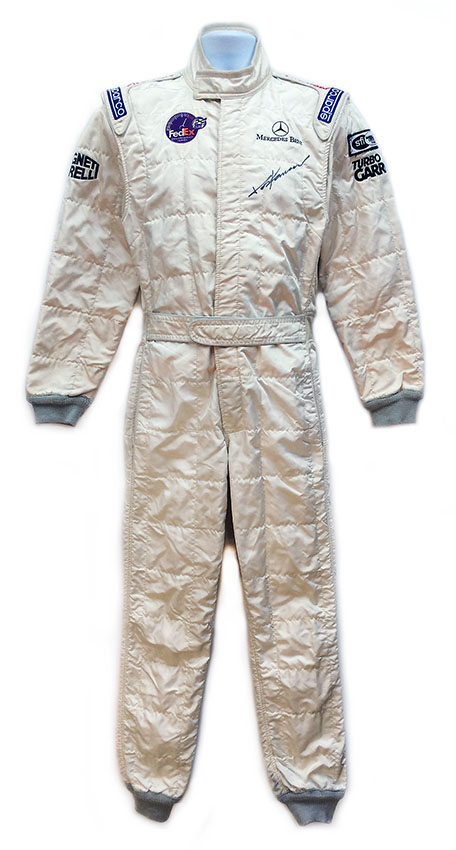 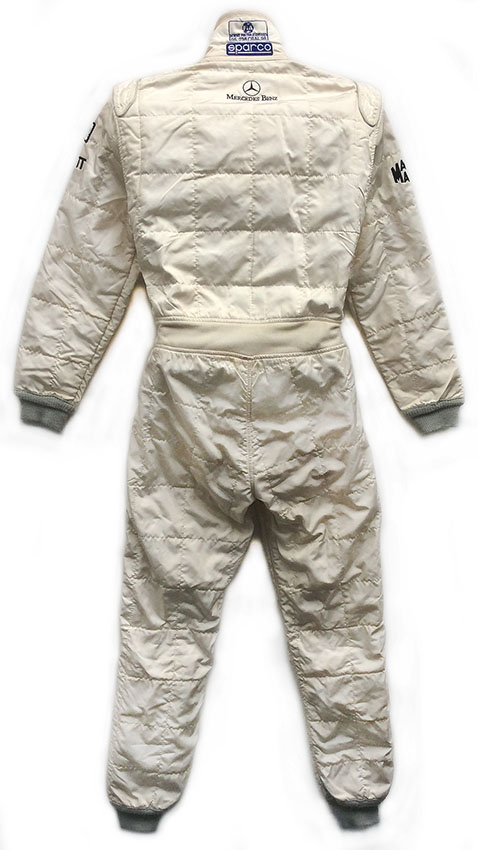 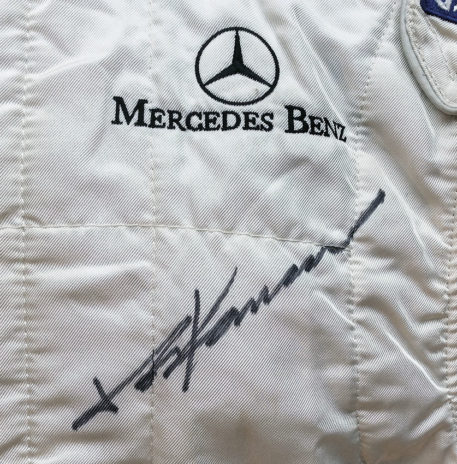 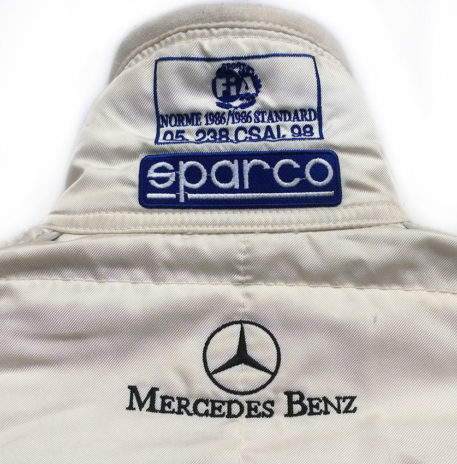 Race suit worn by the very popular Brazilian IndyCar driver Tony Kanaan. This suit would have been used by Kanann during the break between the 1999 and 2000 seasons while testing for the newly formed Mo Nunn Racing team in preparation for the upcoming CART FedEx Championship Series season.

The plain white Sparco suit has engine suppliers Mercedes Benz and the FedEx CART logos on the right and on the left chest, respectively. It has other team suppliers’ branding logos on both arms as well. This suit is probably the very first suit Kanaan wore while driving for his new team.