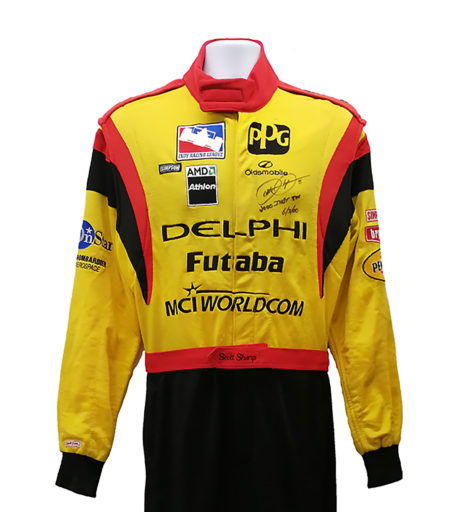 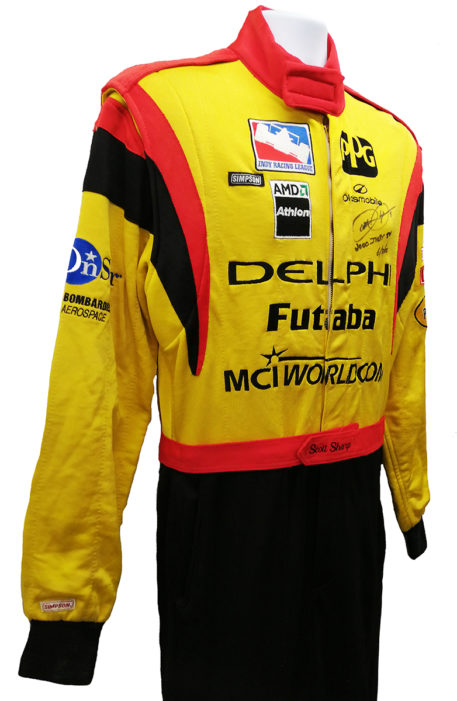 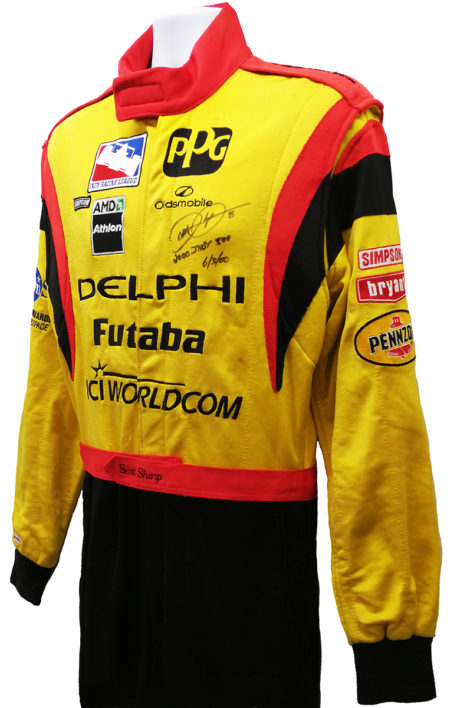 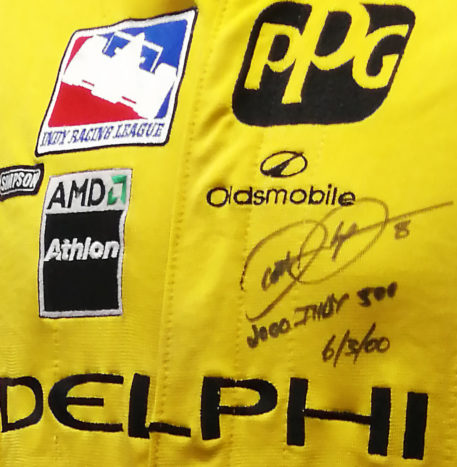 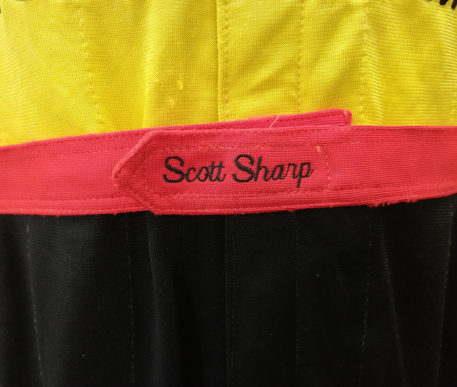 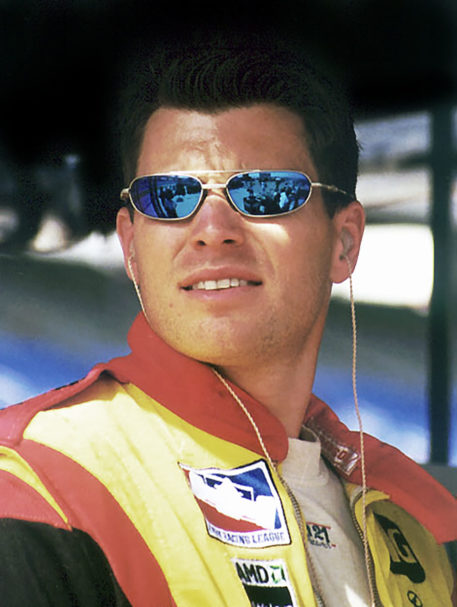 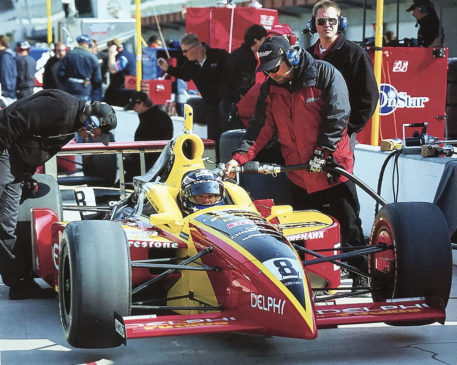 Race used suit worn by American racer Scott Sharp while driving for the Kelley Racing Team. The suit was race used at 2000 Indianapolis 500 where he qualified fifth and finished tenth. The suit was likely used for other races in the 2000 Indy Racing League Series where he had three top five finishes, including a win and a third place finish.

The Simpson suit has black legs with yellow torso and arms. The neck and shoulder pulls are in red with red and black flashes around the shoulders, and at the top of the shoulders as well. Sponsors Delphi, Futaba and MCI branding are embroidered on the front and back of the suit. Many other sponsor/supplier logos are applied to the arms, including Pennzoil, On Star and Bryant.

The suit is personally signed by Scott Sharp, race documented & dated by Scott ‘2000 Indy 500, 6/3/00 and comes with a Certificate Of Authenticity.