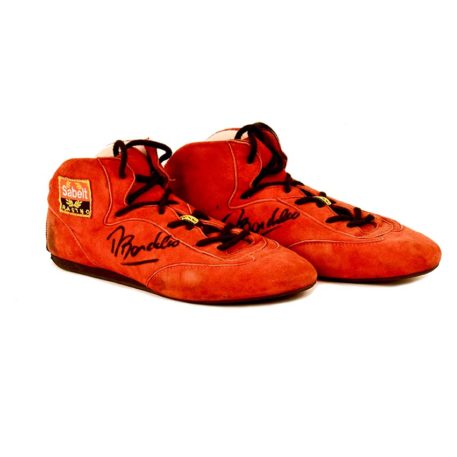 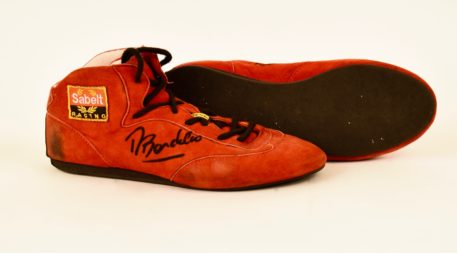 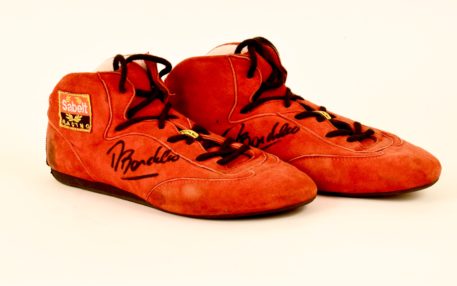 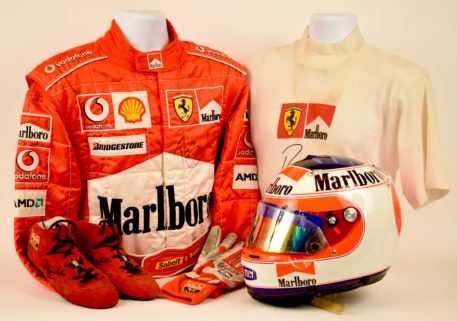 These original race-worn boots were used by Ferrari racing legend Rubens Barrichello. Rubens finished 2nd at the 2000 Monaco Grand Prix and hand signed these boots with a rare full signature. In later years, as Barrichello’s popularity grew, he often signed his initials “RB” only which makes these boots that much more desirable.

The racing boots originally sold by Collector Studio in early 2000’s to a private collector. They have been acquired by our company and come complete with a Certificate Of Authenticity.

Please see our other listings for matching gloves and Nomex from the same race, which are also available.