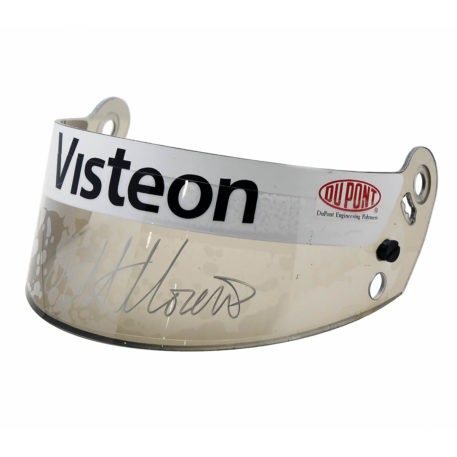 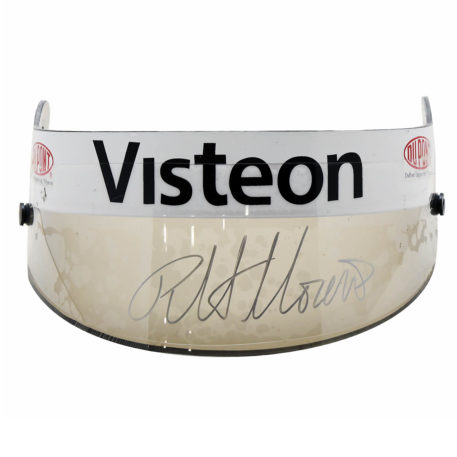 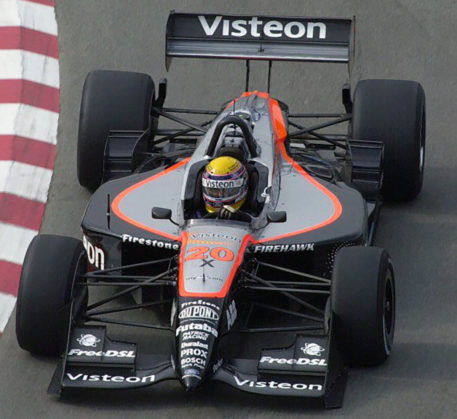 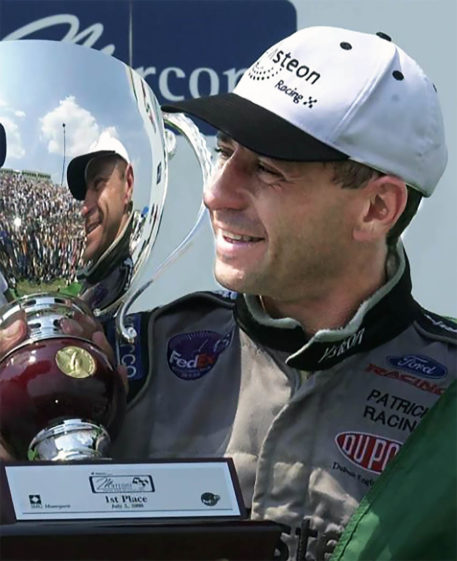 Race helmet visor worn by Brazilian Roberto Moreno during the 2000 CART IndyCar season while driving for the Patrick Racing team. This would be the ex-Formula One driver’s best season in IndyCar. He led the points standings for much of the season before hitting a low patch and losing out to Gil de Ferran in the end. Driving a Reynard Ford 2Ki machine he would have six podium finishes including a win at the Grand Prix of Cleveland.

The lightly tinted visor has the team’s main sponsor Visteon/Dupont branding logo on the sun strip and a visor tear-off still attached to it. It comes personally signed by Roberto Moreno in silver marker pen.