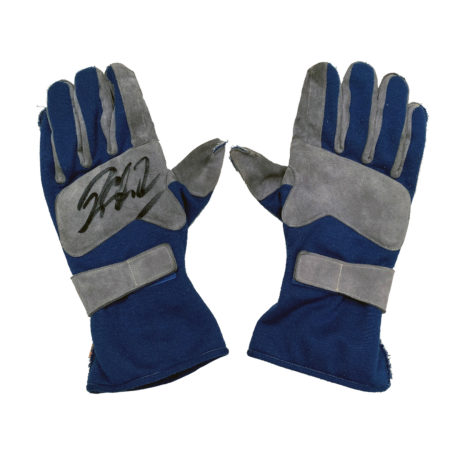 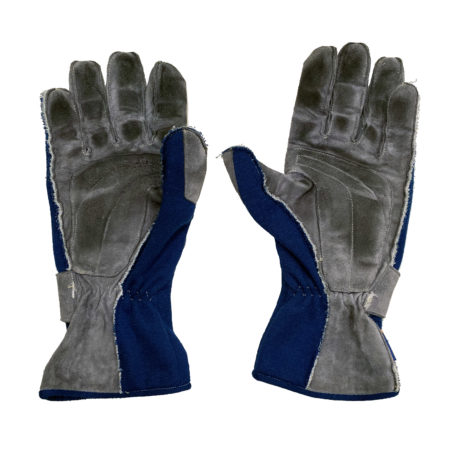 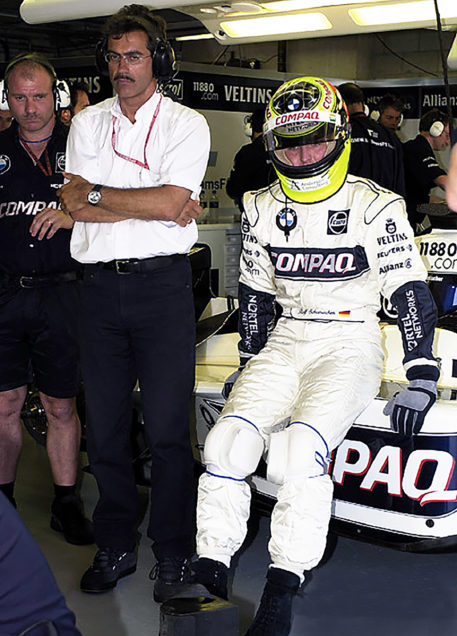 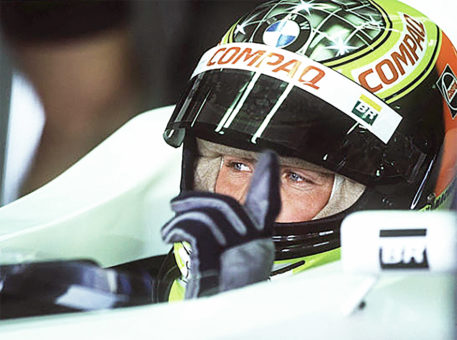 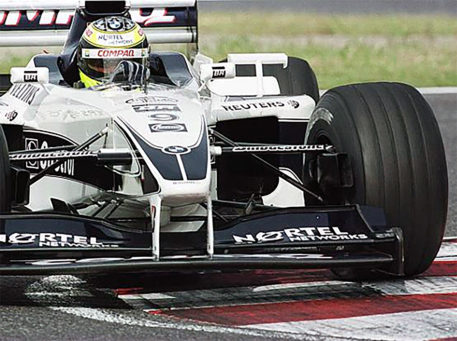 The blue gloves have grey leather palms and knuckle protection as well as a Velcro fastening band. The gloves show heavy wear and would have been raced used. Ralf Schumacher has personally signed the left glove on its top. The gloves will come with a full Certificate of Authenticity.