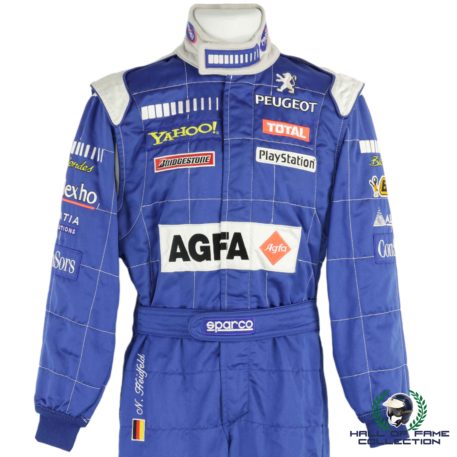 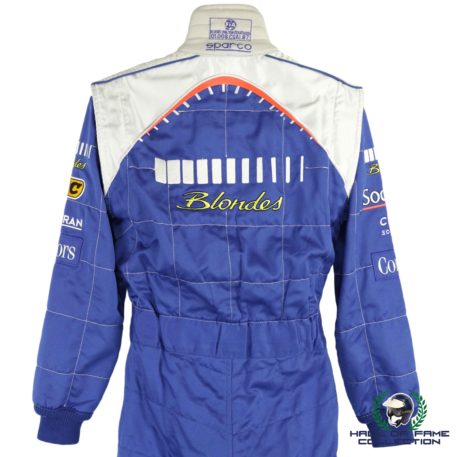 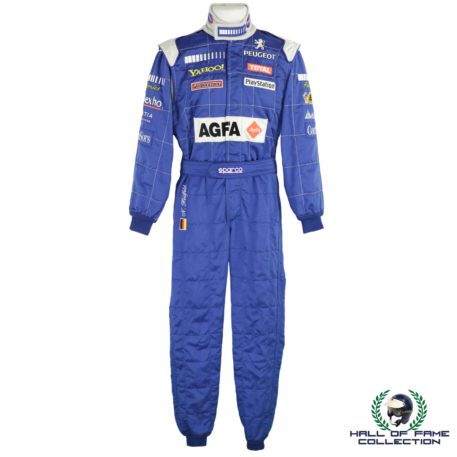 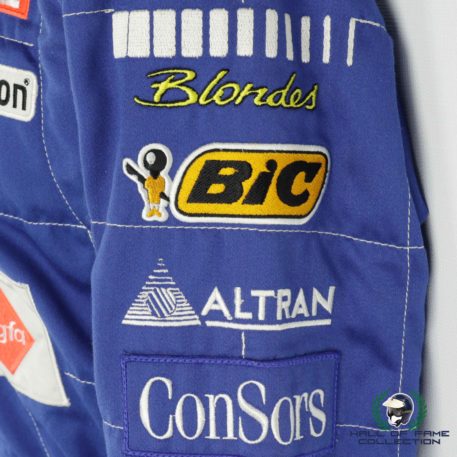 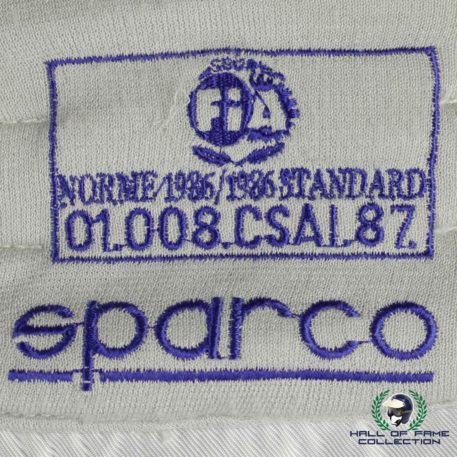 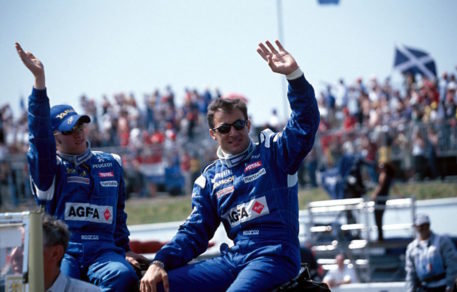 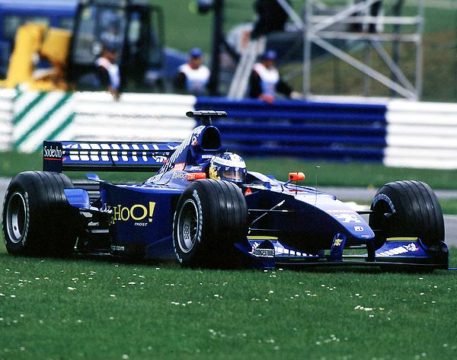 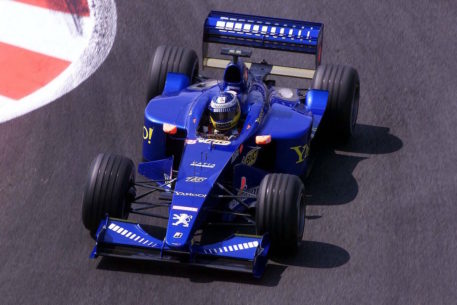 Suit worn by the German driver in his one season with the Prost Gauloises Team in 2000.

Heidfeld used this suit at the French Grand Prix (a non-tobacco advertising race) while driving the Peugeot powered AP03. This beautiful suit comes from one of the best eras for race suits when all the sponsors where  stitched on vs todays printed suits. This makes the suit really eye catching to see in person. The suit is adorned with sponsors such as Yahoo!, Playstation, Total, AGFA, Peugeot and barcode/blondes for the main sponsor Gauloises… the French cigarette company, that was extremely popular in France for many years and long considered to be a very patriotic symbol of France.

The suit comes with a Hall of Fame Collection Certificate Of Authenticity.