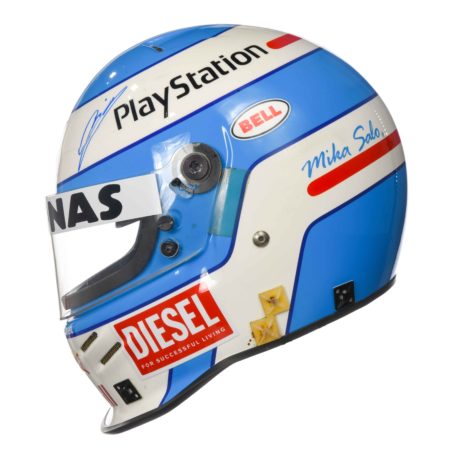 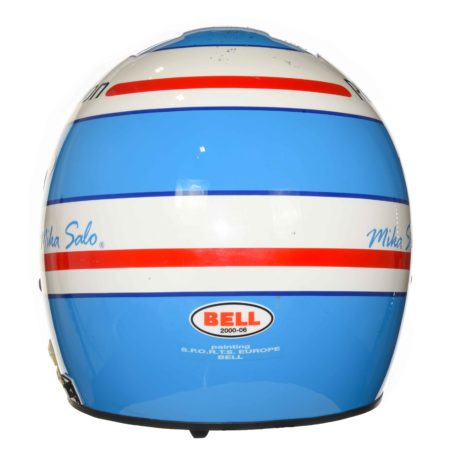 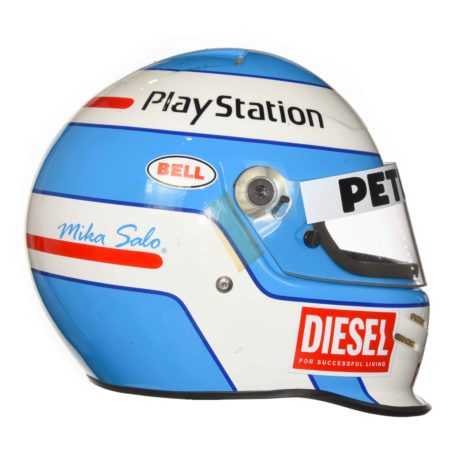 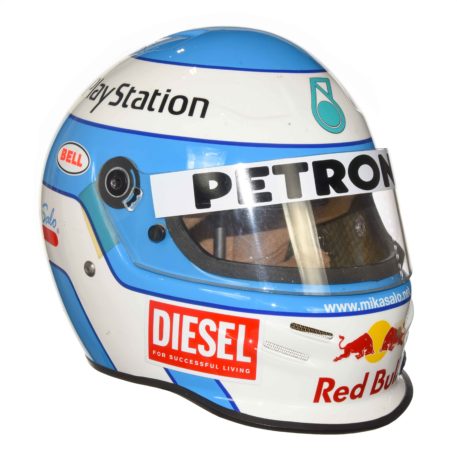 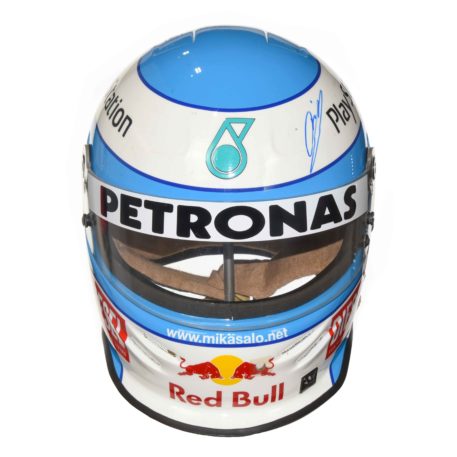 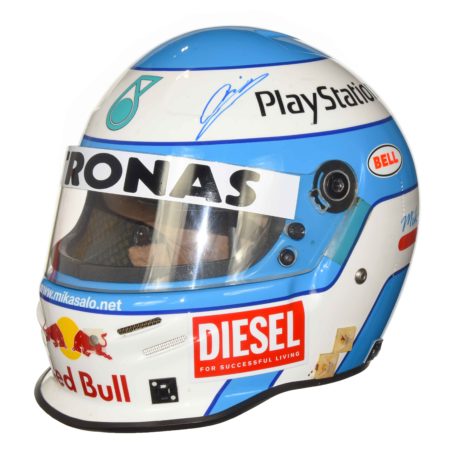 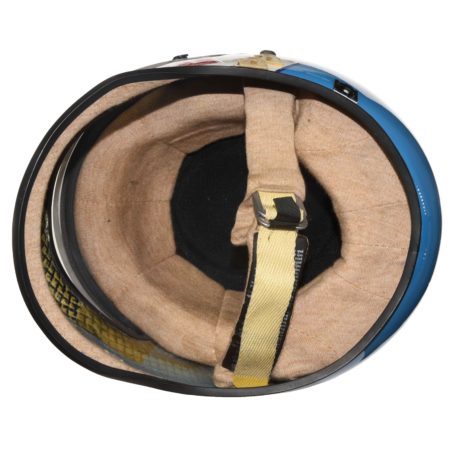 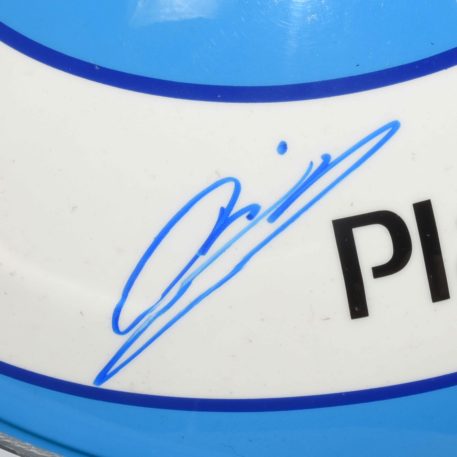 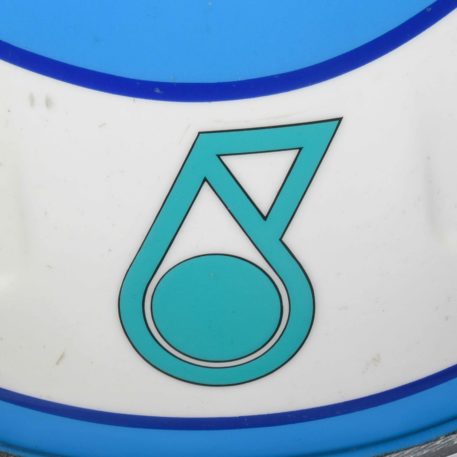 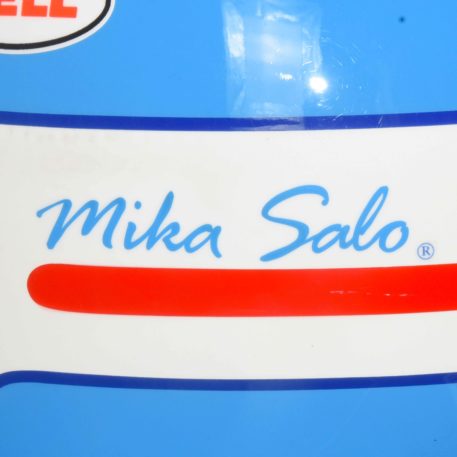 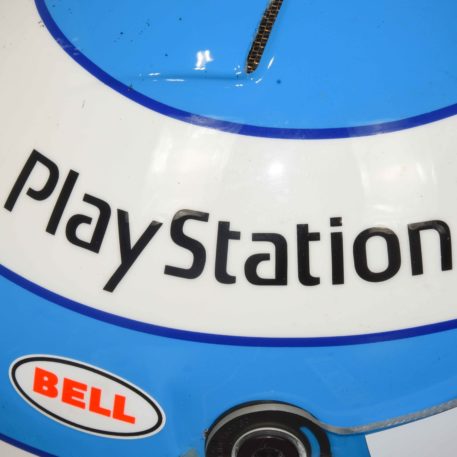 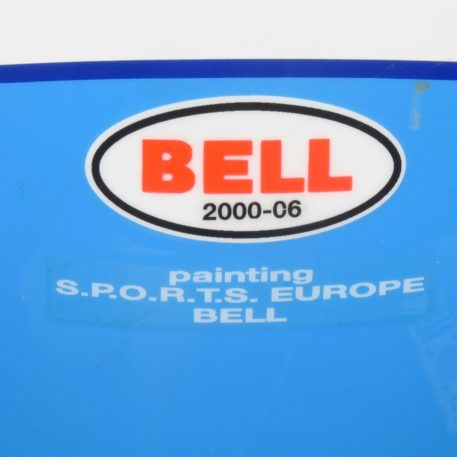 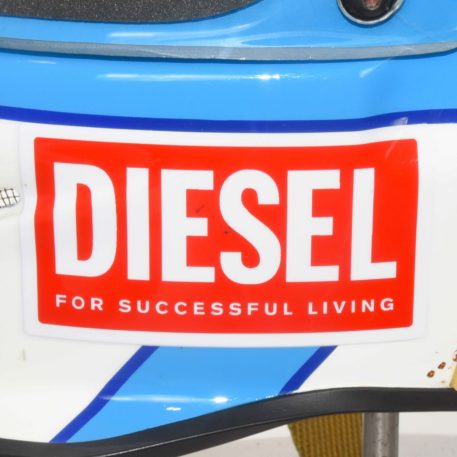 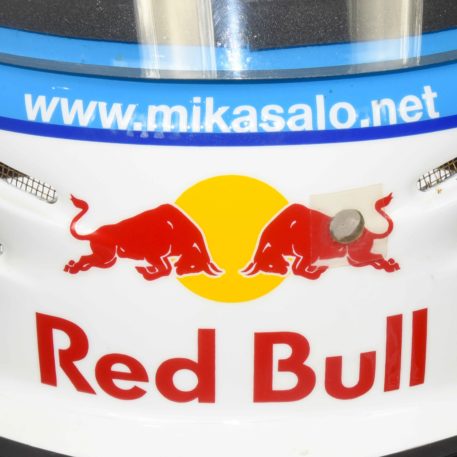 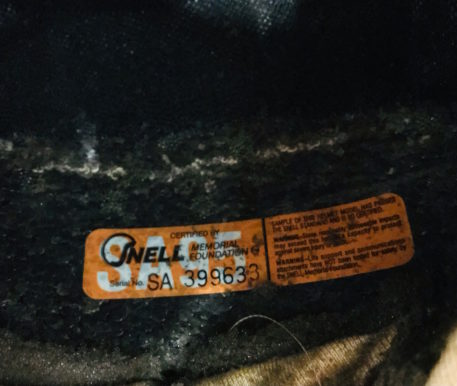 Bell helmet worn during the 2000 F1 season by Finnish driver Mika Salo while racing for Sauber. This helmet has been photo matched to the Spanish Grand Prix but was used in other races as well. This helmet had its radio removed and installed in another helmet, so they removed the chin and cheek pads for an easier swap. This allows a unique look into helmet’s construction which would normally be covered up by the padding. The helmet shows extensive wear as well.

Salo started his long successful racing career in Formula Ford, racing in Finland, as well as in the UK at the famous Festival held at the Brands Hatch Circuit. In 1989 he moved up to the competitive British F3 Championship, and in 1990 finished 2nd behind fellow Finn Mika Hakkinen in the final drivers standings.

After a four year stint in the Japanese Formula 3000 Championship, Salo would enter the world of Formula 1 racing with Lotus in 1994. His first full season in F1 came in 1995 with Tyrrell, where he would remain until the end of the 1997 season.  In 1998 he was signed with Arrows and in 1999 subbed in for the injured Ricardo Zonta at BAR. However a greater opportunity arose when Michael Schumacher broke his leg in a crash at the 1999 British Grand Prix and Salo was picked to replace him for two races. In the second race with Ferrari at the 1999 German Grand Prix, Salo led the race and would have scored his first GP win but for team orders demanding that he give the lead to teammate Eddie Irvine, who at the time was fighting for the championship.

The helmet comes directly from Salo’s collection and is personally signed by him.

It comes with a Certificate Of Authenticity as well.

Don’t miss this rare opportunity to own a unique item from Mika Salo’s impressive racing career.