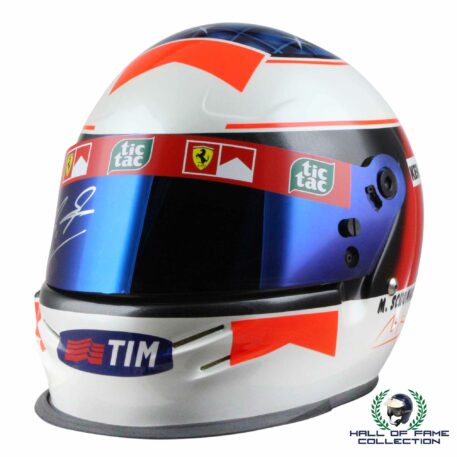 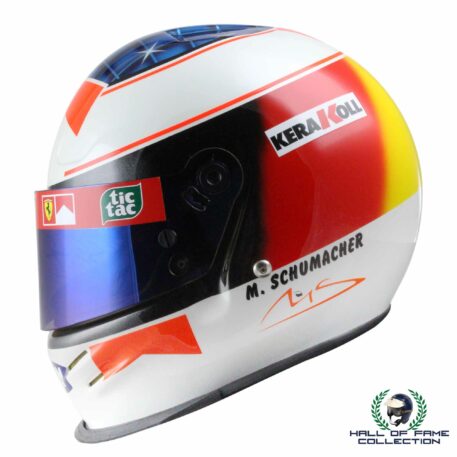 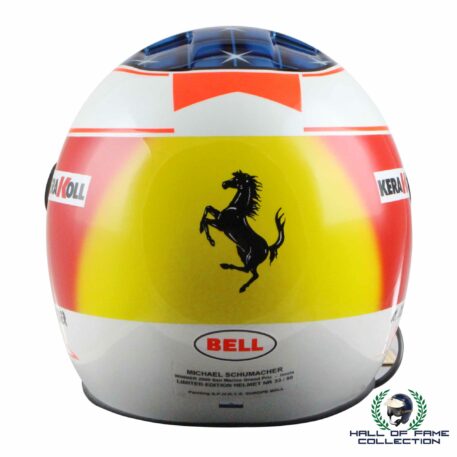 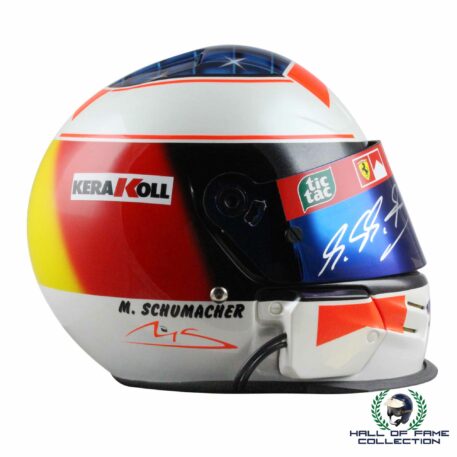 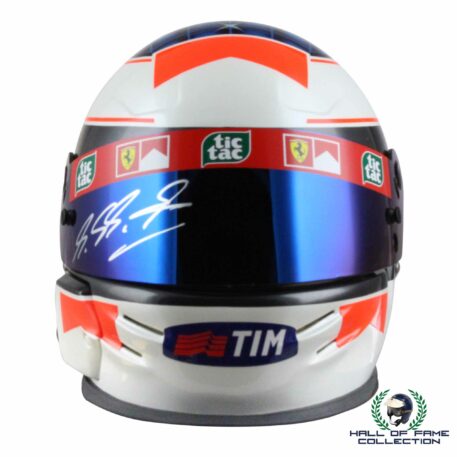 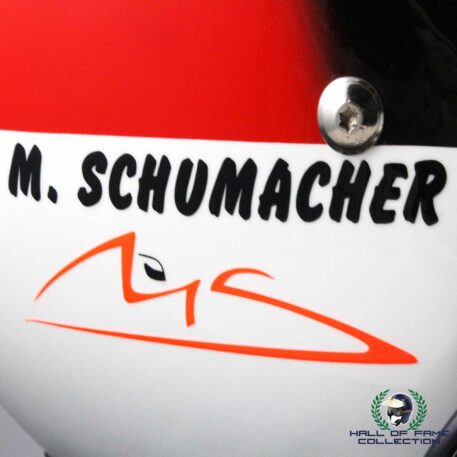 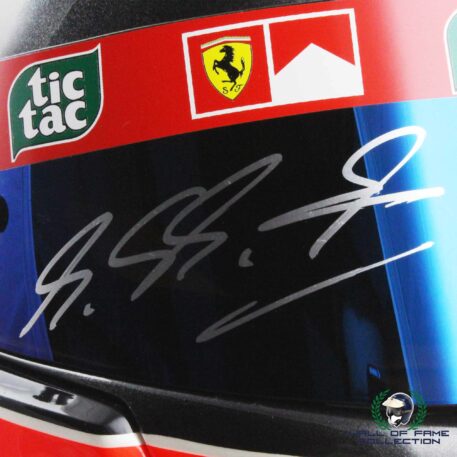 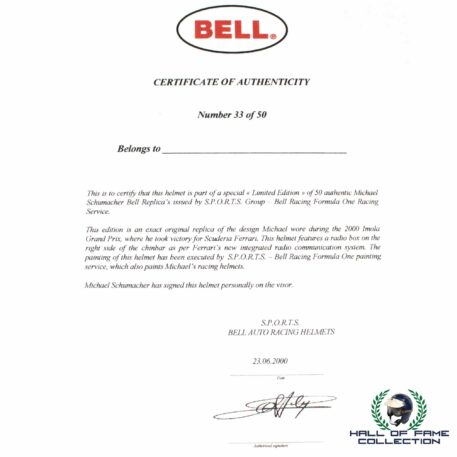 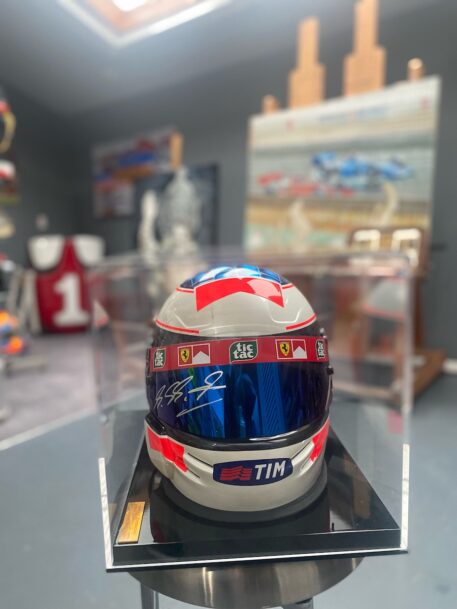 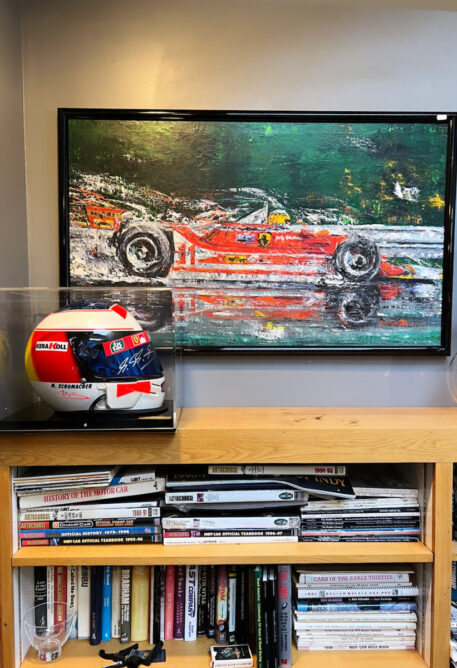 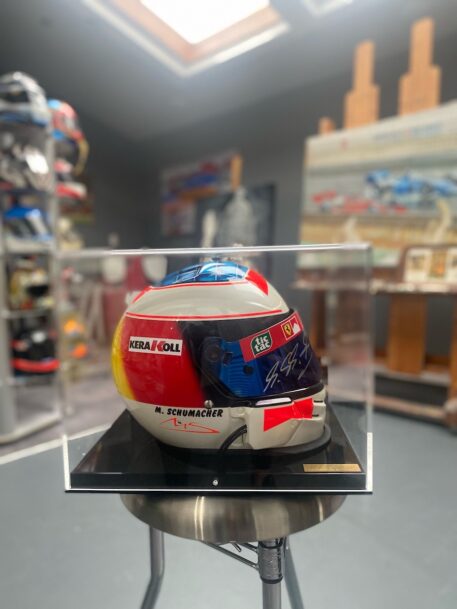 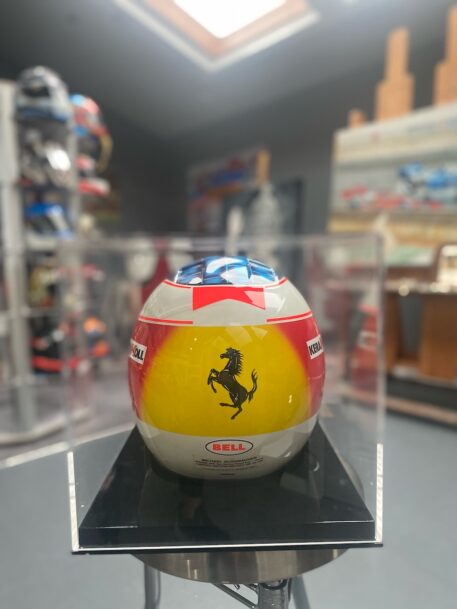 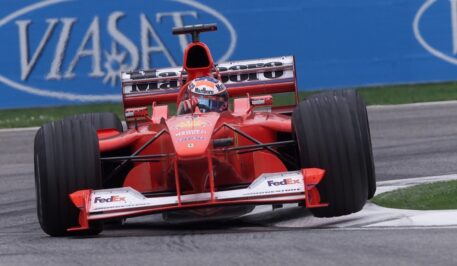 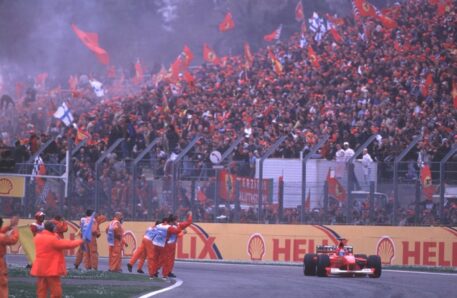 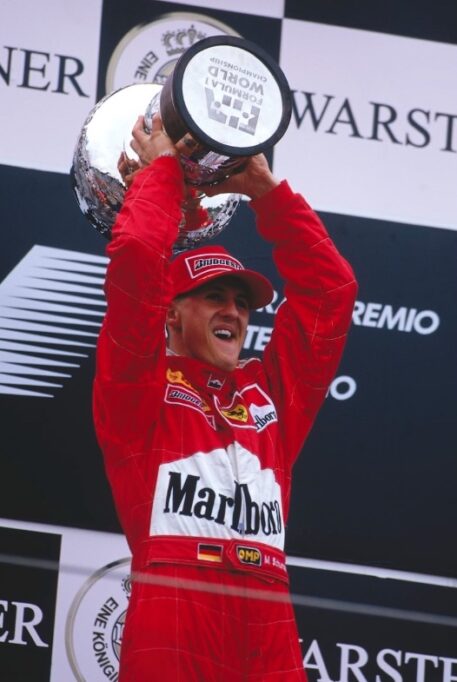 Bell Limited Edition Series replica Michael Schumacher Scuderia Ferrari helmet of the one he wore in the 2000 San Marino Grand Prix. The helmet is #33 of 50 made and is signed by Schumacher on the visor.

Schumacher won his third World Drivers’ Championship in 2000, and his first with Ferrari, after a year-long battle with Mika Häkkinen. Schumacher won the first three races of the season and five of the first eight. The third race was precisely the San Marino GP raced at the iconic Imola racetrack on the 9th of April, 2000. Midway through the year, Schumacher’s chances suffered with three consecutive non-finishes, allowing Häkkinen to close the gap in the standings. Häkkinen then took another two victories, before Schumacher won at the Italian Grand Prix. At the post-race press conference, after equalling the number of wins (41) won by his idol Senna, Schumacher broke into tears. Schumacher would then go on to win the last three GPs of the season securing the third of his 7 World Drivers’ Championships.

The helmet is done in the colours of the flag of his native Germany, with the ‘Prancing Horse’ logo displayed prominently on the back and the iconic blue with stars motif on the top. Schumacher’s name and logo are on the sides of the helmet with the classic Marlboro chevrons on the front, above and below the visor.