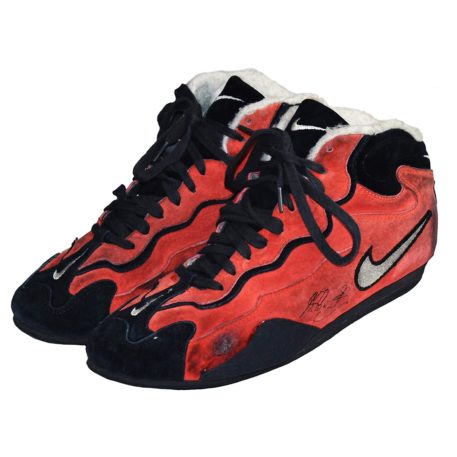 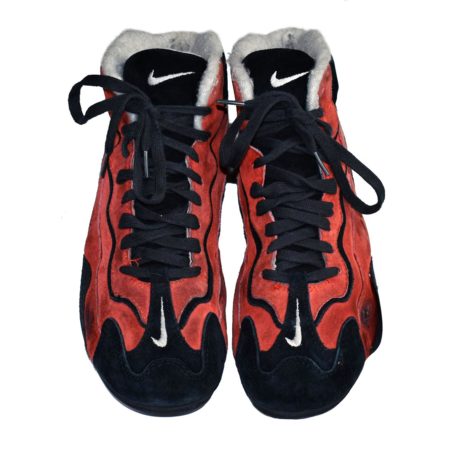 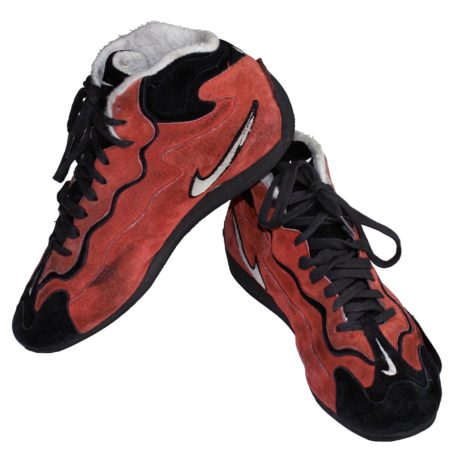 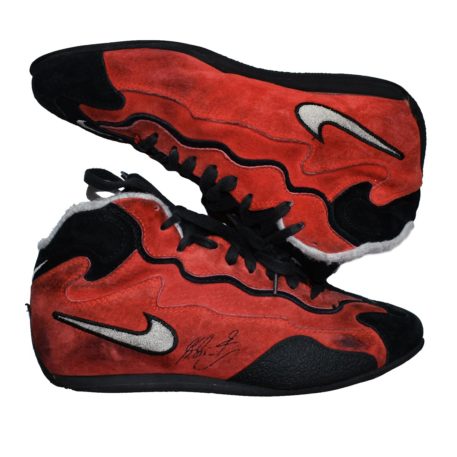 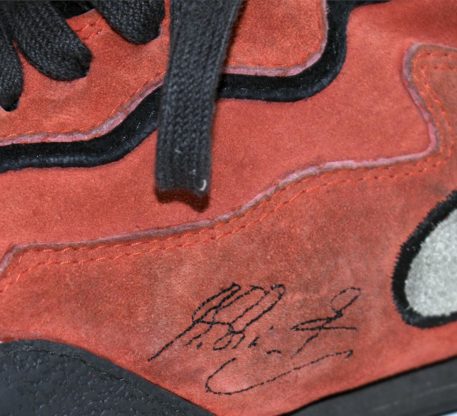 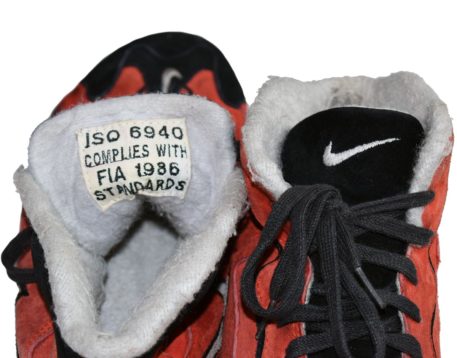 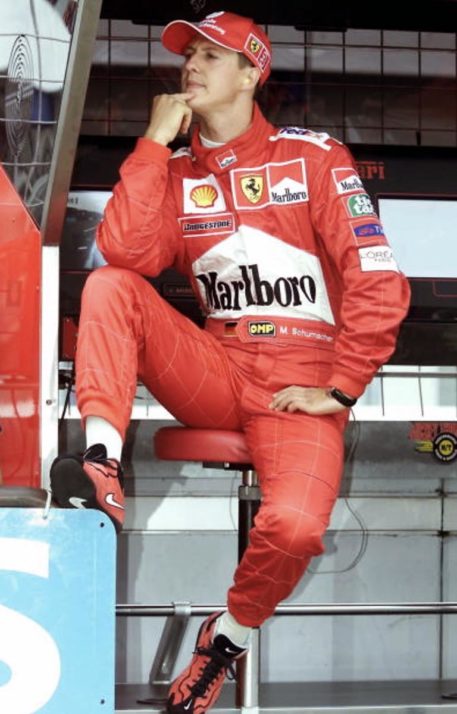 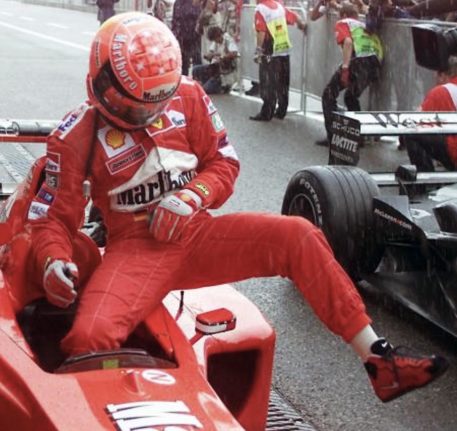 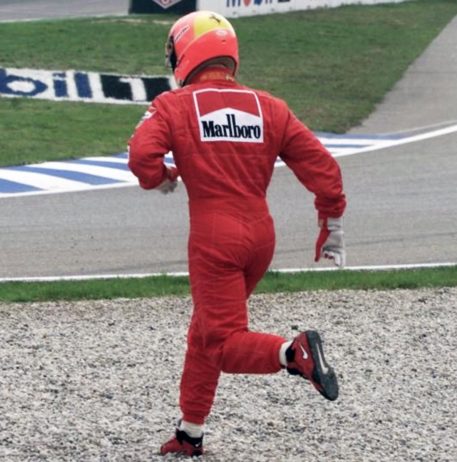 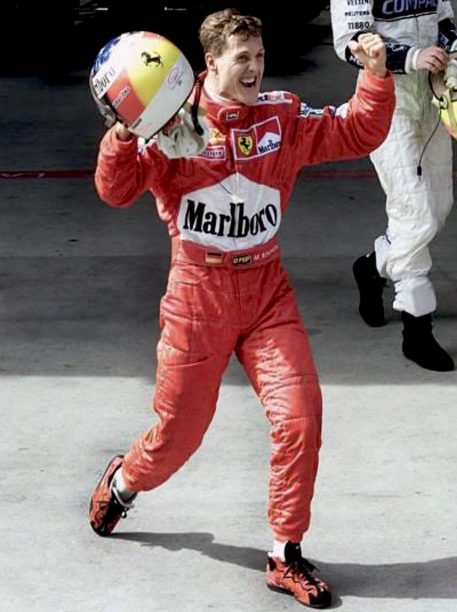 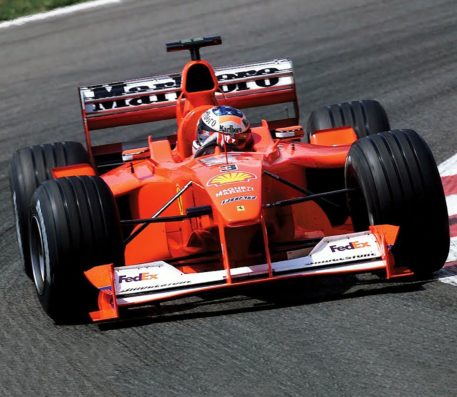 It is a little known fact that in the late 1990s and early 2000s Nike was interested in breaking into the racing apparel market. To do so they courted a few well-known top racing drivers of the time to test their first products. Michael Schumacher and the Ferrari Formula One team were at the top of the world standings in those years and Nike specifically designed and presented the German racer with numerous pairs of race boots over three seasons. All of the custom boots were handmade at Nike’s world headquarters in Oregon, USA and Schumacher often remarked they were his favored racing footwear. In 2002 competing apparel company FILA bought the rights to supply the entire Ferrari team’s footwear and when Schumacher switched he insisted FILA use the Nike design to make exact replicas. In early 2003 Nike deemed its racing program unsuccessful and decided to exit that side of the business.

These are one of those pairs of the special Nike race boots made for the seven-time World Champion. Schumacher would use these boots extensively during the 2000 Formula One season which would be his first championship-winning season while driving for the Scuderia Ferrari team. The boots show heavy use, especially in the heel and toe areas, and so there’s no doubt Schumacher would have used them not only for the actual races but also in testing and during practice sessions.

The red suede boots have a black ankle panel that has a pair of ‘wavy’ lines on either side that extend along the boot to the black toe protection panels. The boot’s suede tongue and laces are also in black. The rubber soles of the boots extend up to protect the achilles area and there’s a heavy rubber section sewn onto the outsides of the boots to protect the toes. Schumacher’s signature is printed on the outer sides and the Nike ‘swoosh’ branding logo can be seen on all sides including on the fronts and soles of the boots.

This is a once-in-a-lifetime chance to acquire these very special and rare custom made boots, made exclusively for and worn by a seven-time World Champion whom many consider to be one of the greatest F1 drivers of all time.