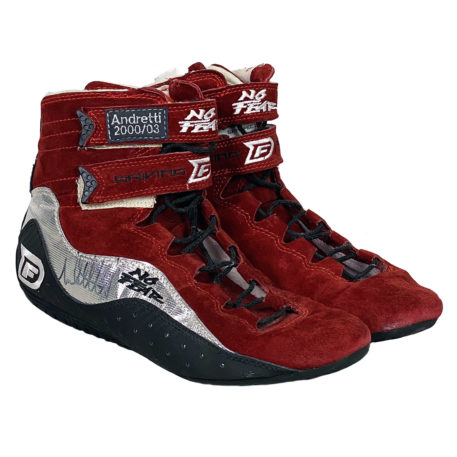 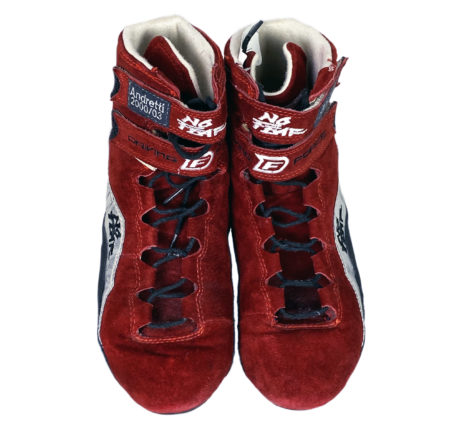 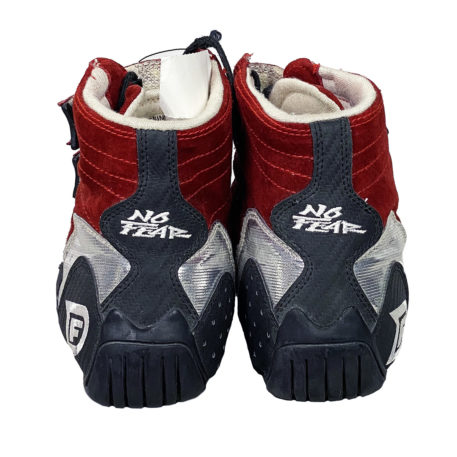 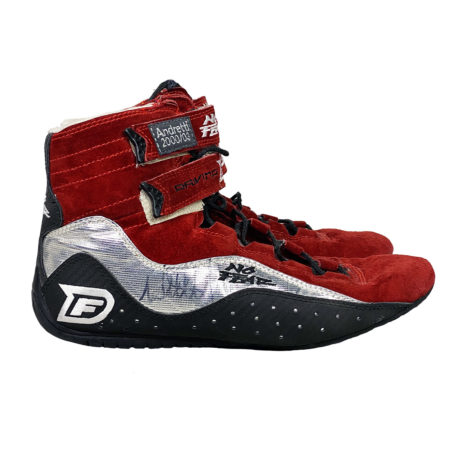 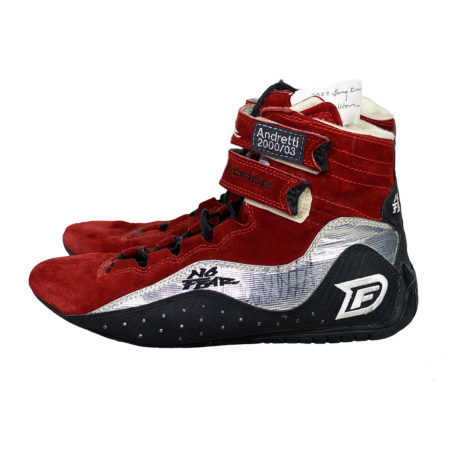 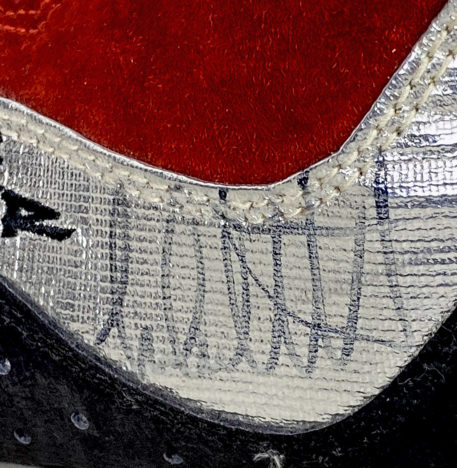 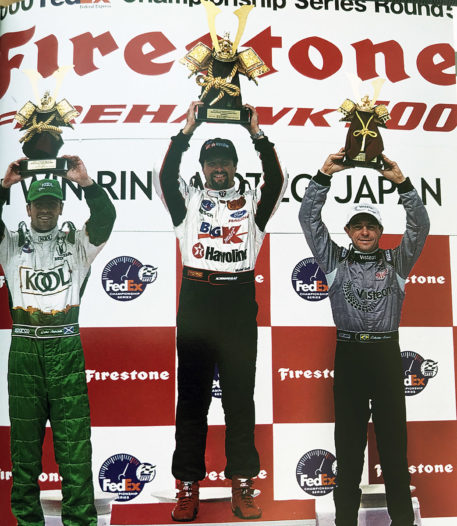 No Fear Driving Force race boots worn by Newman-Haas driver Michael Andretti at the beginning of the 2000 CART IndyCar season. The boots were used in the series second race, the Toyota Grand Prix of Long Beach, but were possibly used at other early-season events as well since Andretti was only using this style of boot in his first four races. He can be seen wearing the same style/color boots in his win at the Firestone Firehawk 500 in Japan (see pictures). Thereafter he switched to wearing all black race boots for the rest of the 2000 campaign.

The boots have red suede uppers and come with Velcro fastening straps. The straps come with ‘Andretti 2000/03’ tags applied. Silver reflective panels run along both outer sides of the boots, and below this are black protective sections that run around the bottom on the heels and up the back of the boots. The ‘No Fear’ embroidered branding logo can be seen on the heels, sides and fastening straps. Both boots have been personally signed by Michael Andretti on the silver reflective outer panels.