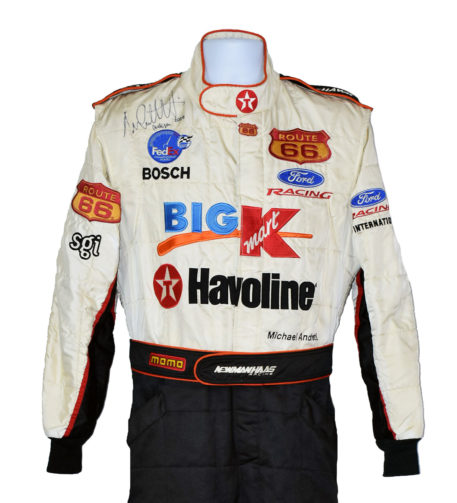 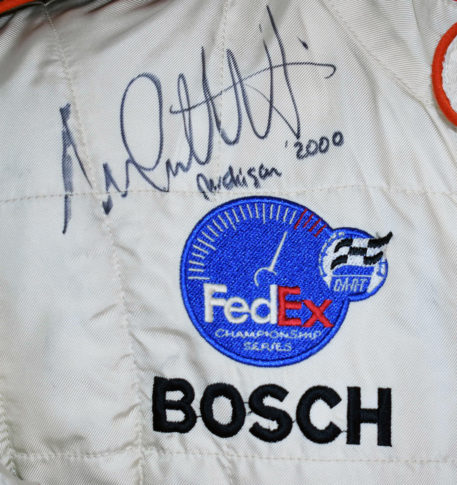 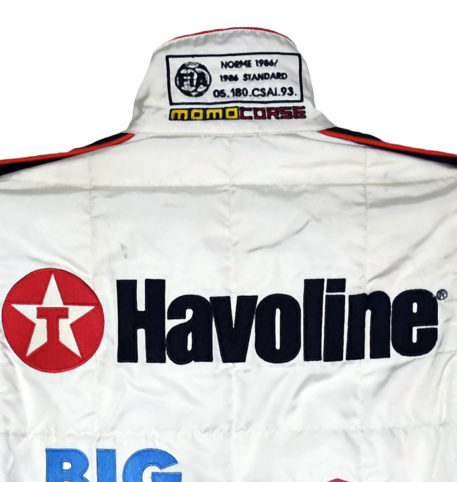 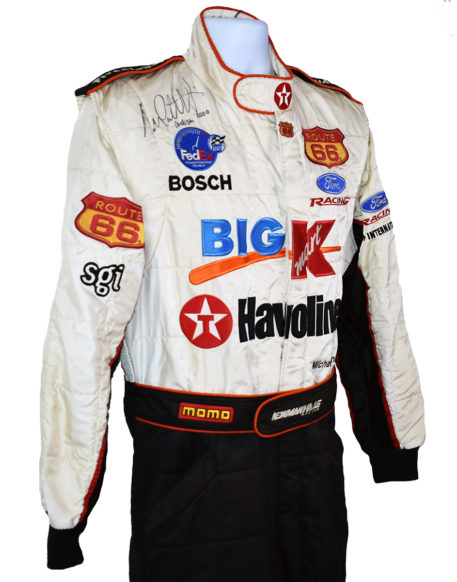 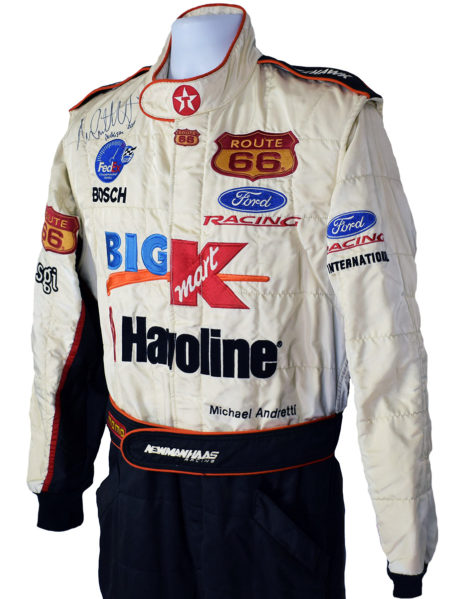 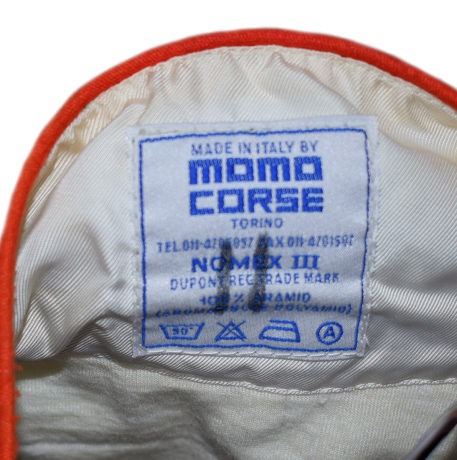 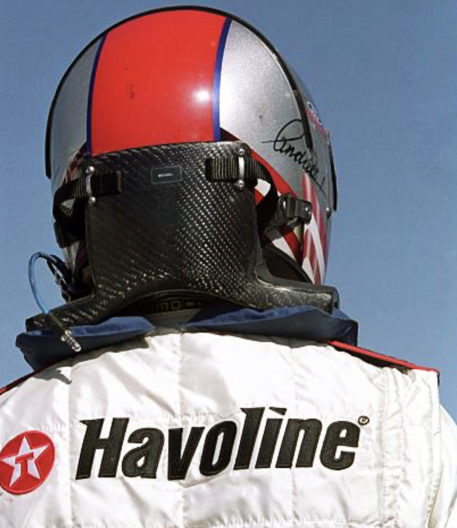 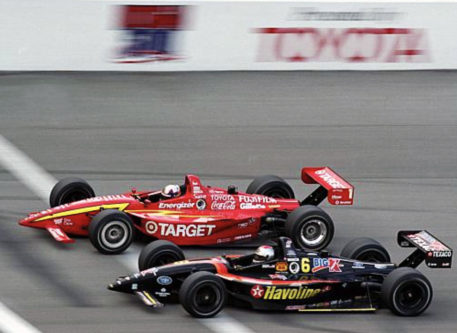 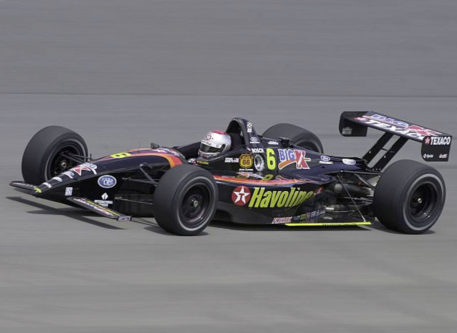 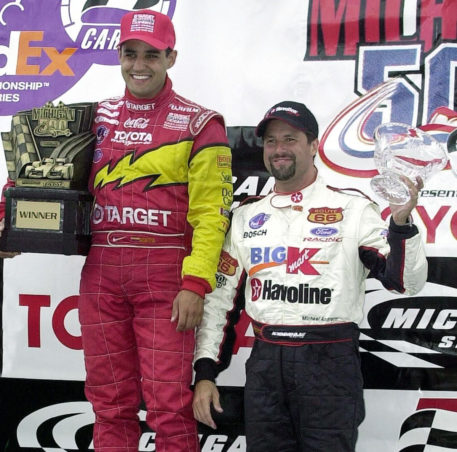 Sharp looking Momo race suit used by Michael Andretti during the 2000 CART IndyCar Michigan 500 race held at the infamous Michigan International Speedway. The race will go down in IndyCar history because of the incredible battle over the last twenty laps between Andretti and championship rival Juan Pablo Montoya. Both drivers fought tooth and nail for the victory, swapping position for the lead countless times over the last forty miles of the race, often just a fraction of inches apart at speeds close to 230 mph. In an amazingly breathtaking side-by-side finish Montoya would edge his Ganassi Lola just ahead of Andretti’s Newman-Haas Lola over the finishing line to take the victory. This is the very suit Andretti used for this epic race. It’s marked on the collar tag as being used in the 11th race of the season and Michael Andretti has personally signed, dated, and race-documented it as being the Michigan 500 suit.

It has a white torso and arms with black legs. The arms have inner black stripes that are edged in red and the shoulder pulls are also black, edged in red. The two major Newman-Haas team sponsors’, Kmart and Texaco Havoline, branding logos and lettering are on the midriff. The chest has embroidered logos for Route 66, Ford Bosch, and CART Series sponsor FedEx. The upper back of the suit again has the branding logos for Texaco Havoline, Kmart, and Route 66. Andretti’s name is on the front left side of the waist and the waist belt has the Newman-Haas Racing team’s lettering.

Please see our other listings for more Andretti race-used items.