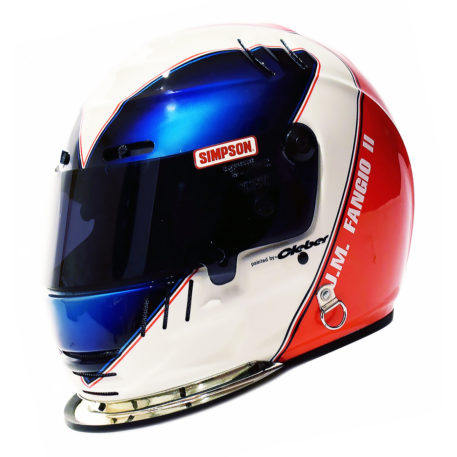 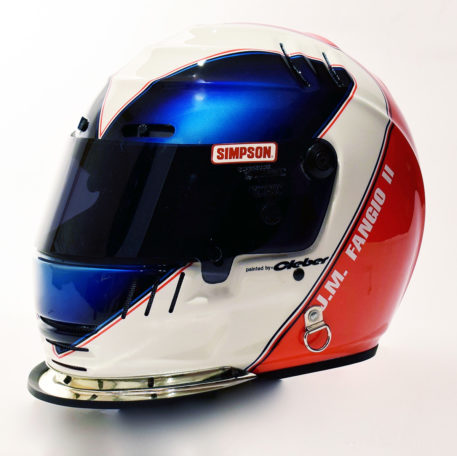 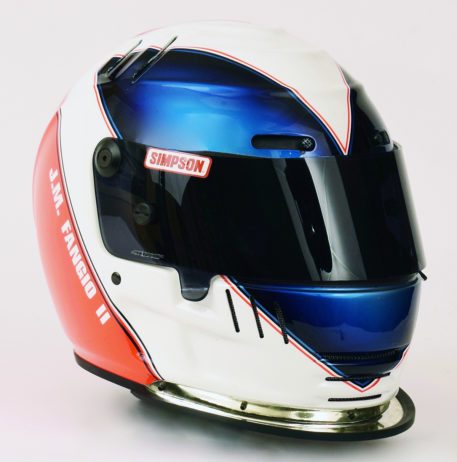 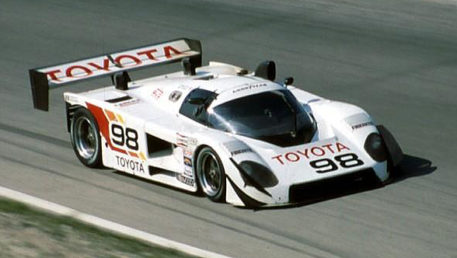 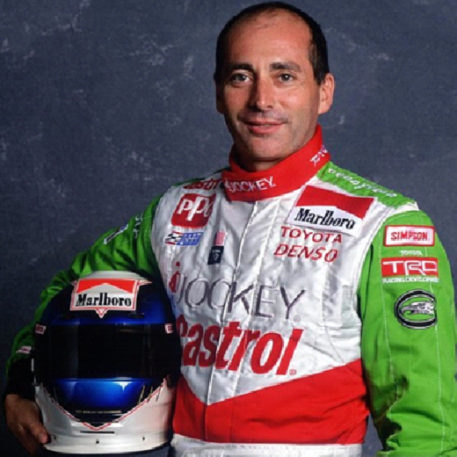 Simpson helmet worn Argentinian IndyCar and Sports Car star Juan Manuel Fangio II. Juan is the nephew of the great Juan Manuel Fangio. He excelled in the Indy Lights Series Championship before heading to the IMSA Sportscar Championship driving for Dan Gurney’s All American Racers Team. Once again Fangio excelled in his first few seasons eventually becoming series champion in 1992 and 1993. He spent three years in the CART Championship, driving in the last two for the Gurney’s AAR team.

Since the helmet is in almost brand new condition we are uncertain if it was ever race used. We would therefore assume that it may have been one of Juan’s spare helmets. Nevertheless, this a sharp looking helmet which would look great in any memorabilia collection.