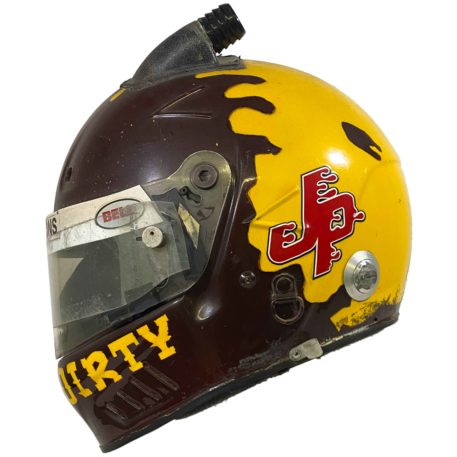 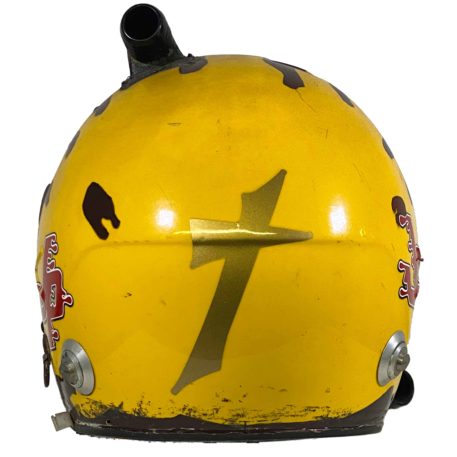 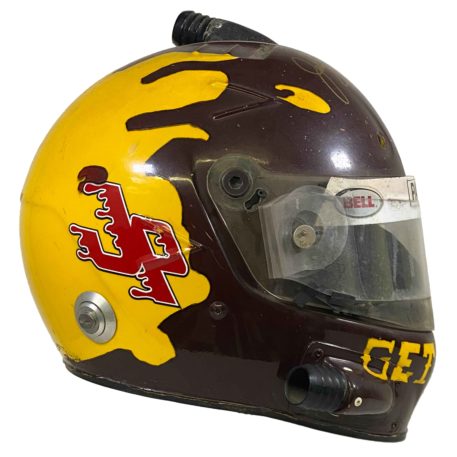 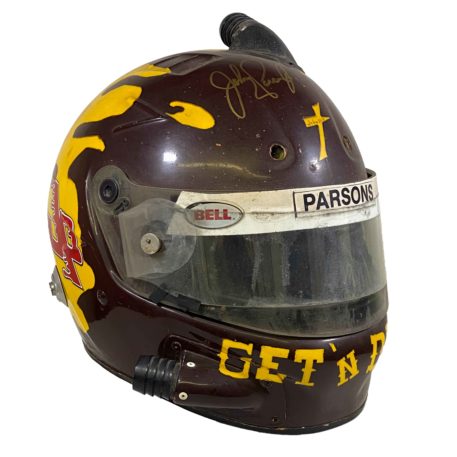 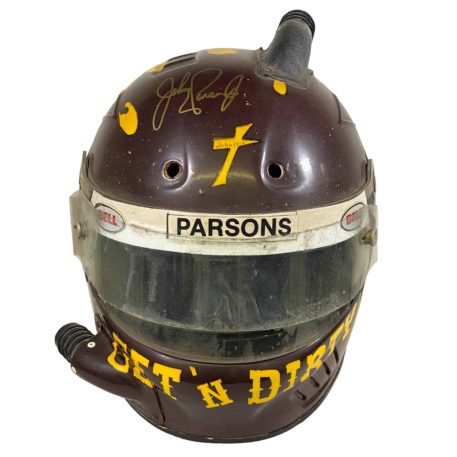 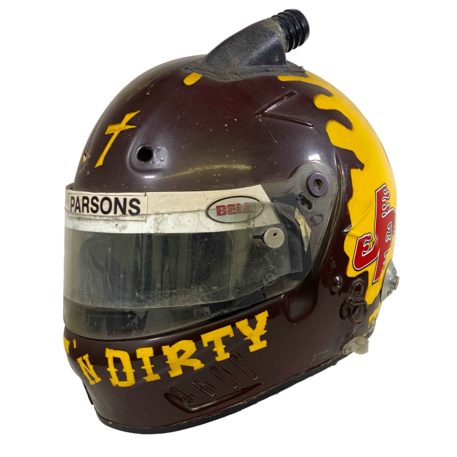 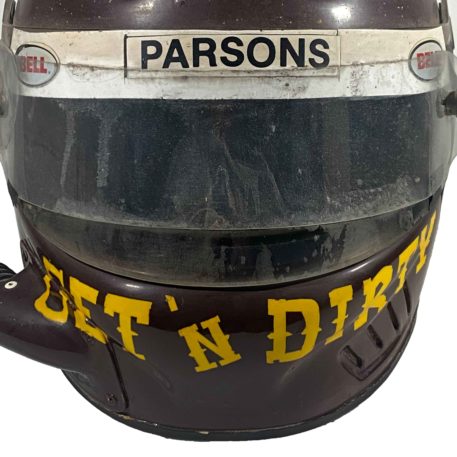 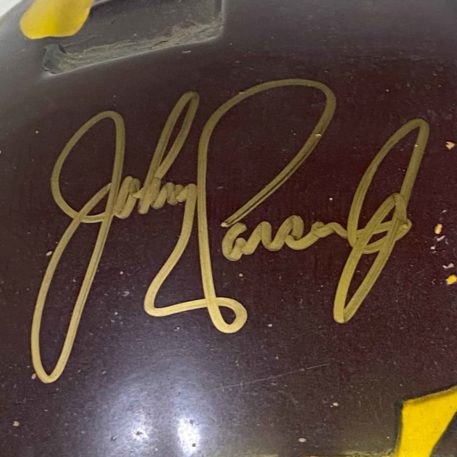 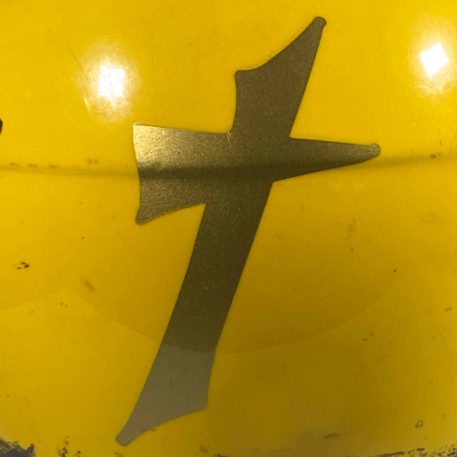 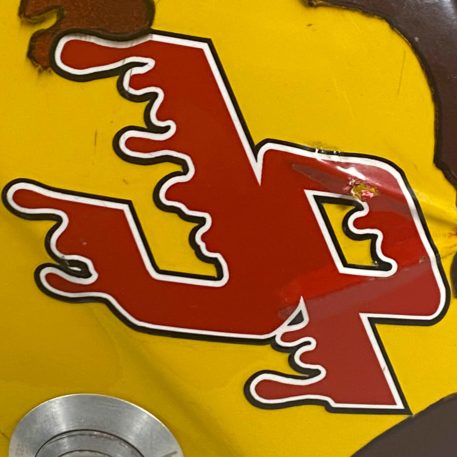 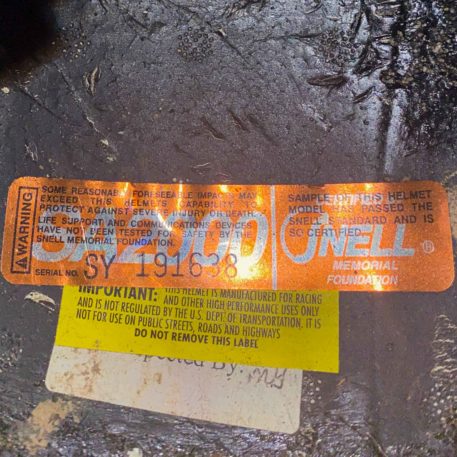 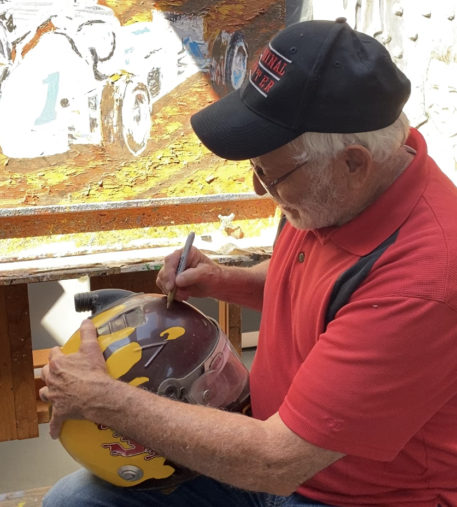 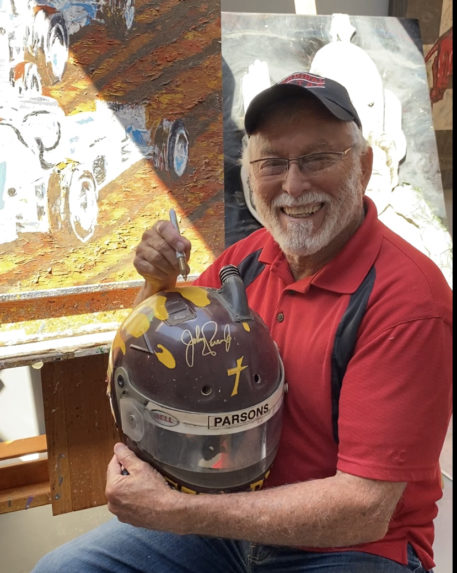 What is unique about this helmet, not only did Parsons use it in many races circa 2000-02, he was also the one who painted it. Parsons had the unique white with blue and red stripes colour scheme on his IndyCar helmets but on his dirt helmets, because he was always tired of cleaning them, he came up with the famous “getting dirty” design.