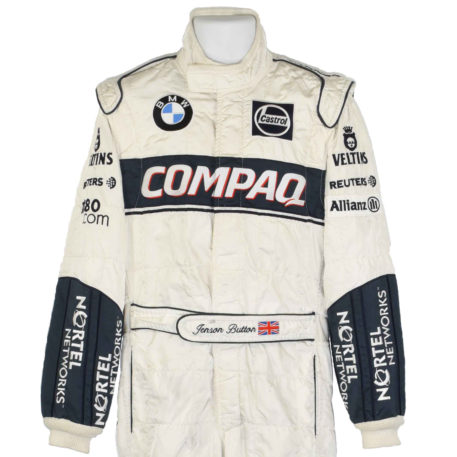 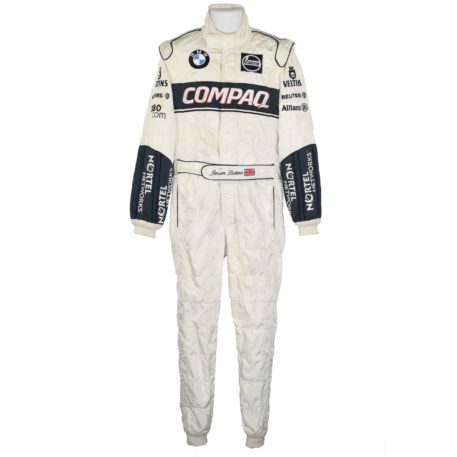 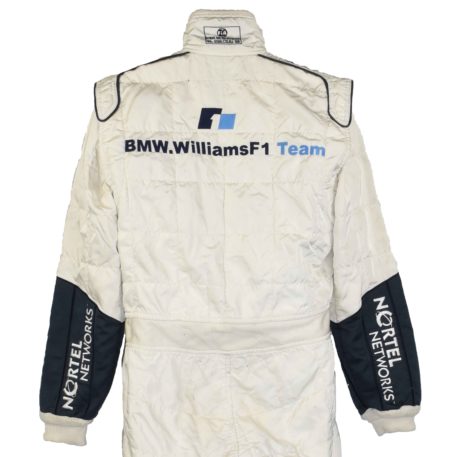 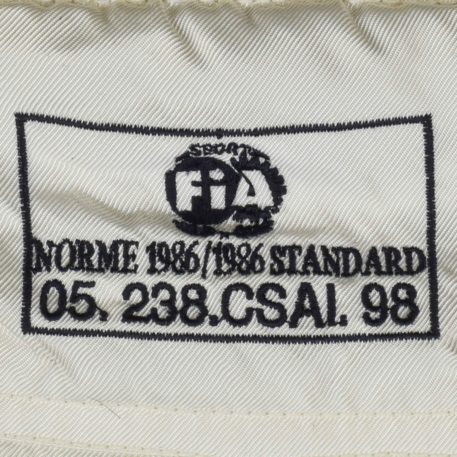 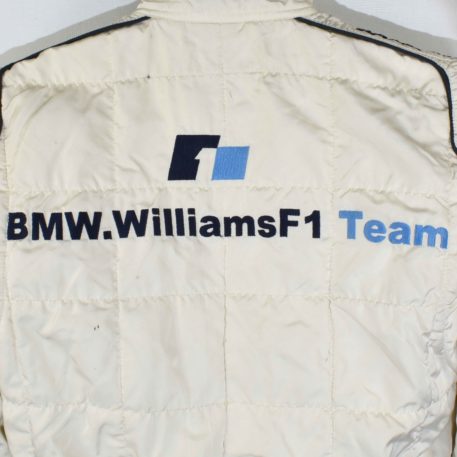 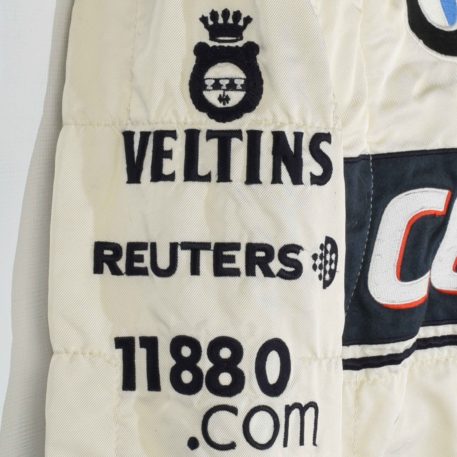 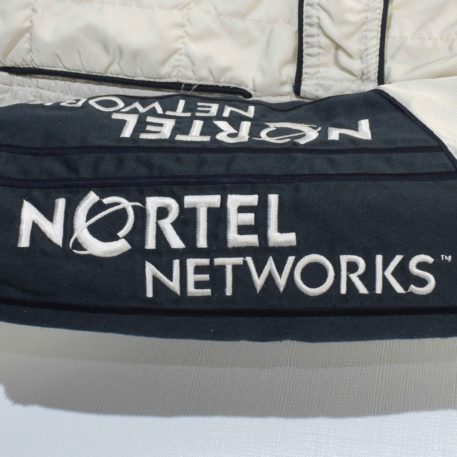 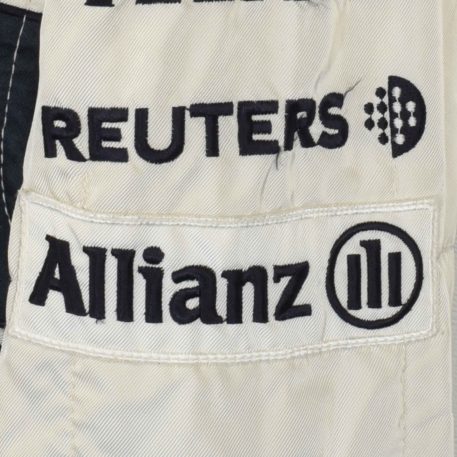 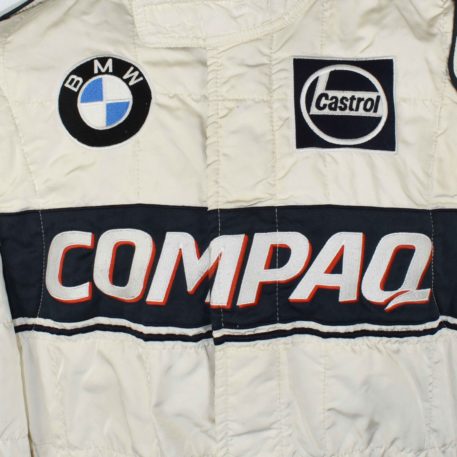 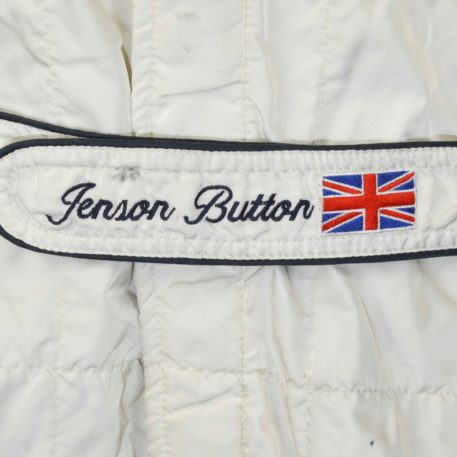 Jenson Button’s race-used F1 suit worn during his first season in Formula 1 driving for the Williams BMW team. The Sparco suit is beautifully embroidered with all the major sponsors of that year including Compaq, Nortel, Veltins, Reuters, Allianz, Castrol and BMW.

Button finished in the points (top 6) in six races in his Rookie campaign, including an impressive 6th place finish in only his second World Championship start in Brazil. The Brit would go on to have a fantastic career with over 300 GP starts, 50 podiums, 15 Grand Prix victories and in 2009 Button finally realized his dream of becoming F1 World Champion. Don’t miss this chance to own this rare piece of F1 history.

This suit comes with a Certificate of Authenticity.