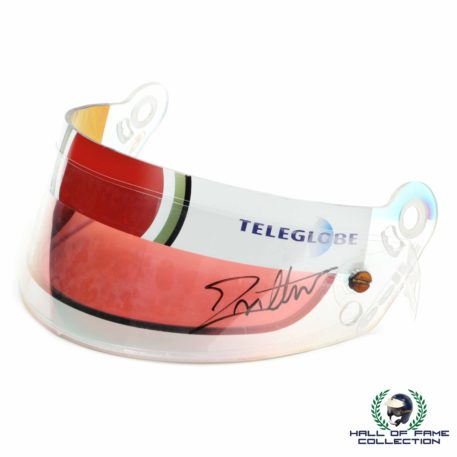 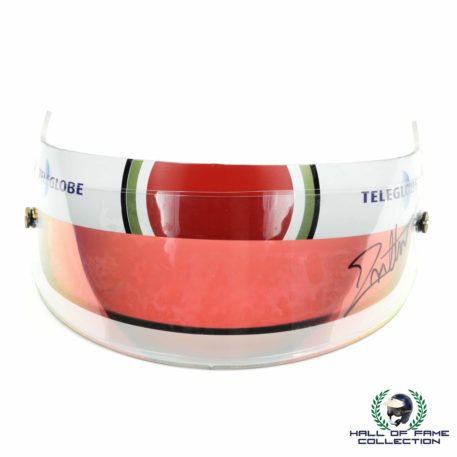 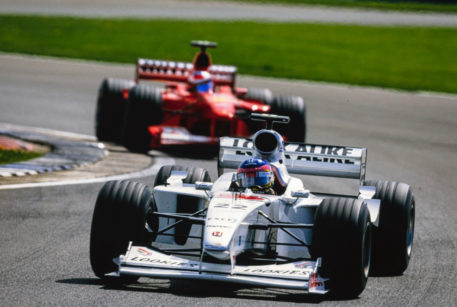 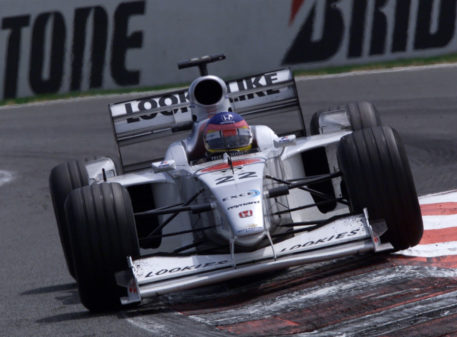 This special red tint visor comes directly from Jacques Villeneuve’s personal collection.  It was race-used during the 2000 season while he was driving for the BAR Honda Team. He has signed the visor in black sharpie. The visor comes from a “non-tobacco livery” race, as the Lucky Strike lettering is omitted from the red circle section of the tobacco company’s logo.

This is a great item from one of Formula One’s most outspoken racers, and is a nice, easy to display, keepsake from the 1997 World Champion.