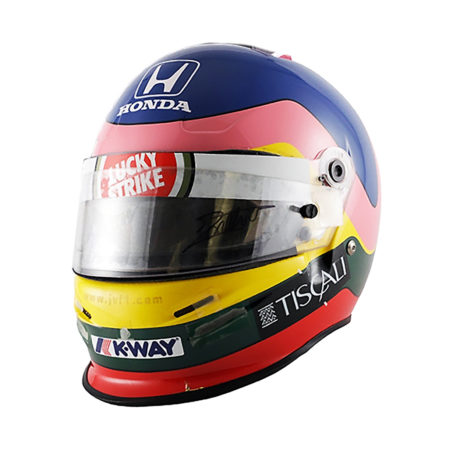 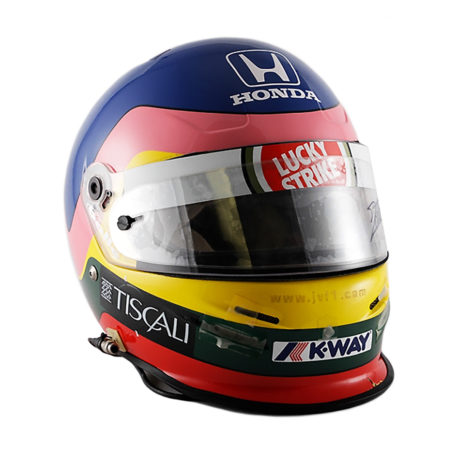 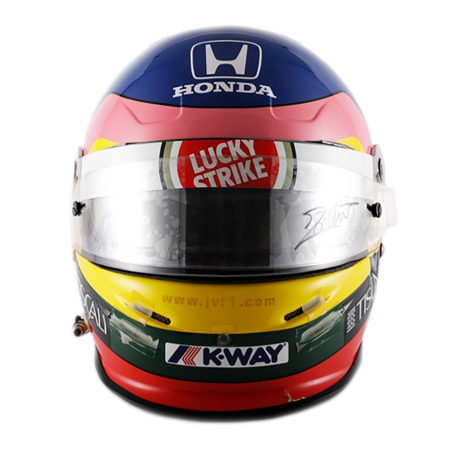 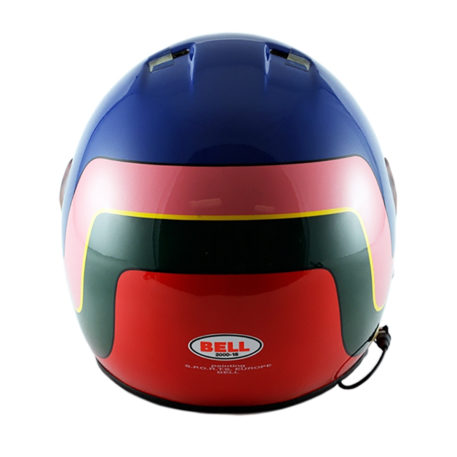 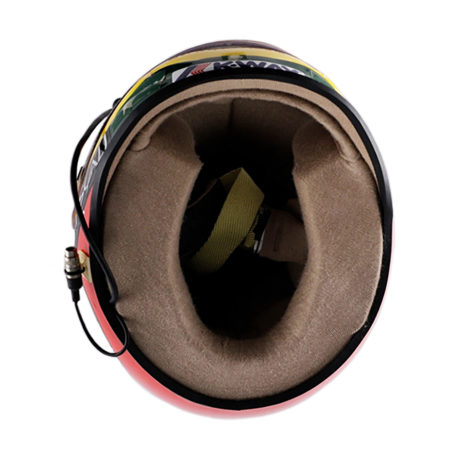 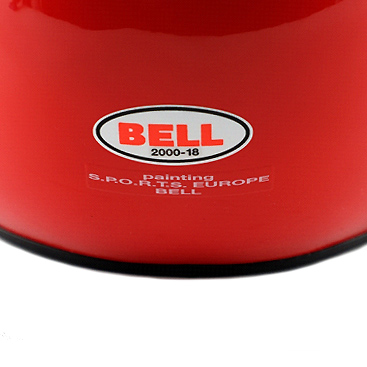 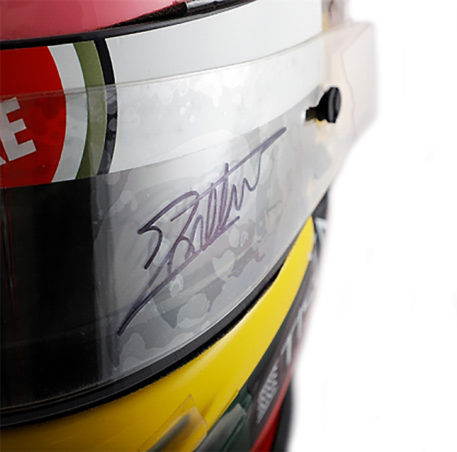 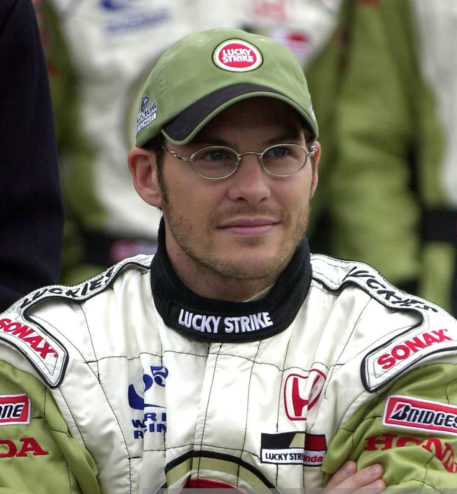 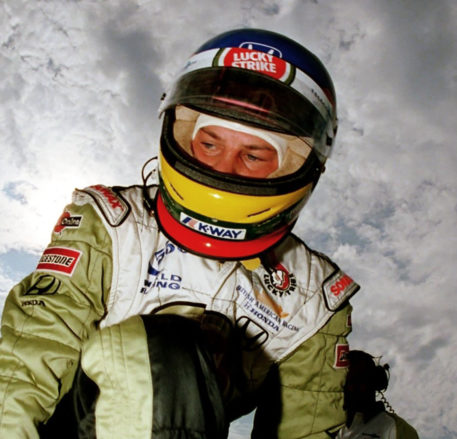 Race helmet used by former IndyCar and Formula One World Champion Jacques Villeneuve, worn during his second season with the fledgling Honda BAR Lucky Strike team. Villeneuve had seven top five finishes during the season with his best finish being 4th, which he achieved at four separate races. He wore this helmet for various race events during the 2000 season. Then, after the completion of the season, it was then refurbished and new sponsor decals were redid and applied for Villeneuve to use during the 2001 pre-season testing.

The Bell K-1 helmet was painted by Bell Europe with Villeneuve’s iconic ‘V’ design. It has a Bell date/helmet number sticker on the rear that is marked ‘2000-18’. The helmet shows signs of use and has its original radio still installed. Still attached are visor tear-offs and the top one has been personally signed by Jacques Villeneuve. This helmet comes from Villeneuve’s personal collection and is accompanied by its original Bell bag and a full Certificate of Authenticity.