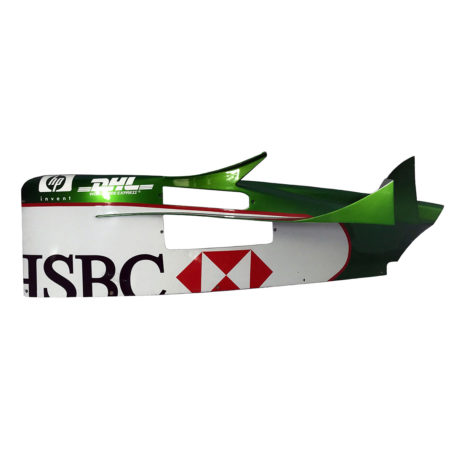 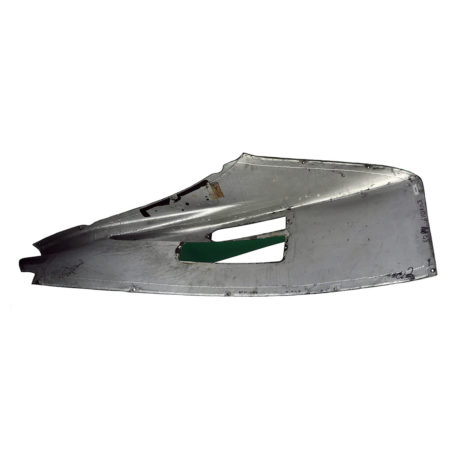 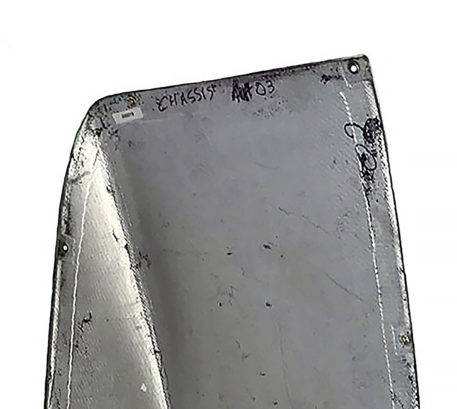 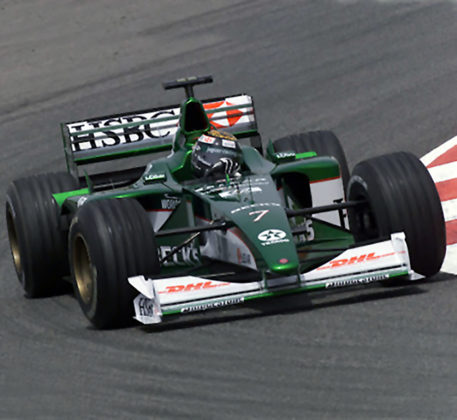 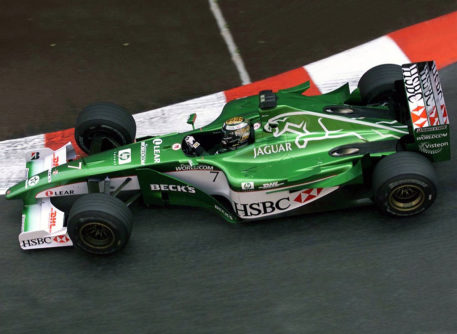 This Jaguar F1 side panel is from the Jaguar R1 chassis the team used in their first season in the Formula 1 championship in 2000. The cars was driven by Eddie Irvine, Johnny Herbert through the season, and for one race by Luciano Burti.

The carbon fiber part is from the left side of the car and would have covered part of the cars cooling and fuelling systems. It has two winglets that helped towards the car’s downforce. Painted in the team’s metallic British Racing green and white colors, which are separated with a red pinstripe along the length of the panel. It has part of the team’s major sponsor HSBC Banking letters and logo to its outer side. On the top curve are further sponsor logos from Hewlett Packard and DHL. The inner silver side of the panel is marked as being from ‘Chassis #3’

A chance to acquire a piece of the famous Jaguar marque Formula 1 history.

The panel comes with a full Certificate of Authenticity.