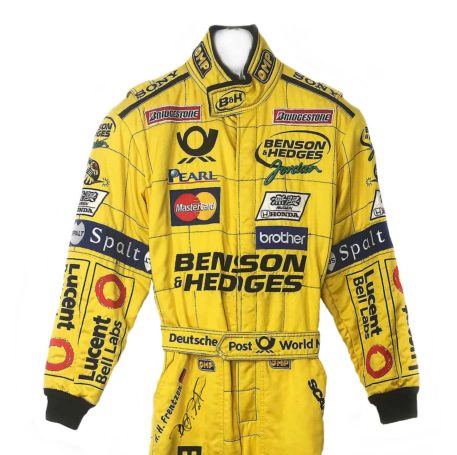 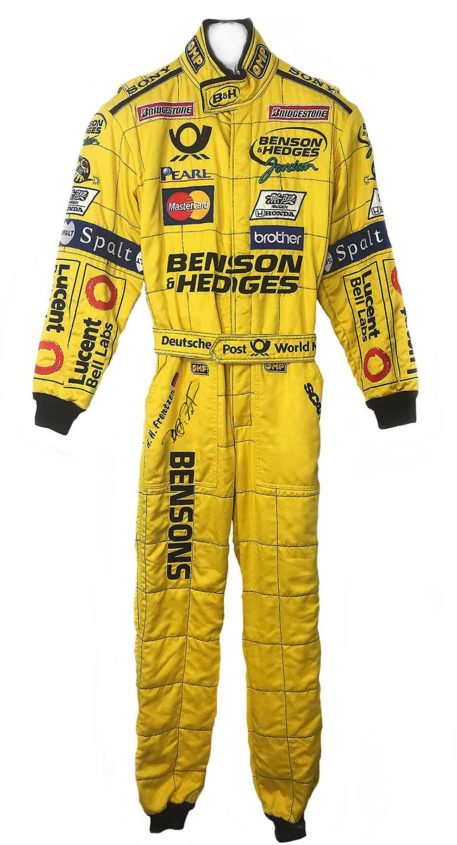 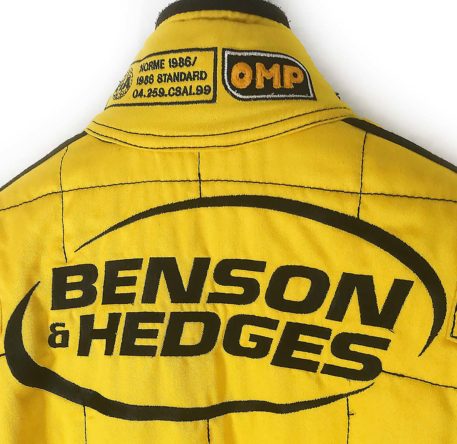 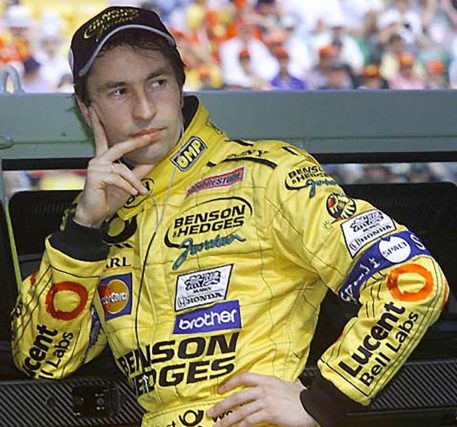 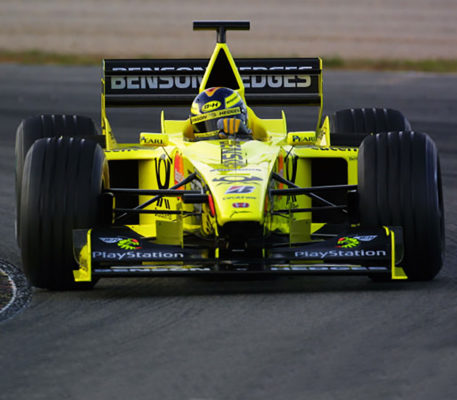 Striking used race suit from German F1 driver Heinz-Harald Frentzen. Worn during the 2000 season where he had six top-ten finishes including two podiums. In his three years with Jordan Racing he had two wins and many top-five finishes.

The eye-catching OMP suit is in the Jordan Racing yellow colors. It has the highly sort after full tobacco branding of main team sponsor Benson and Hedges cigarettes, along with many other sharp sponsor patches that include Master Card, Spalt, Lucent, and Deutsche Post. Frentzen’s name and national flag are embroidered to the right leg where just under this he has personally signed the suit. The suit comes with a full Certificate of Authenticity.