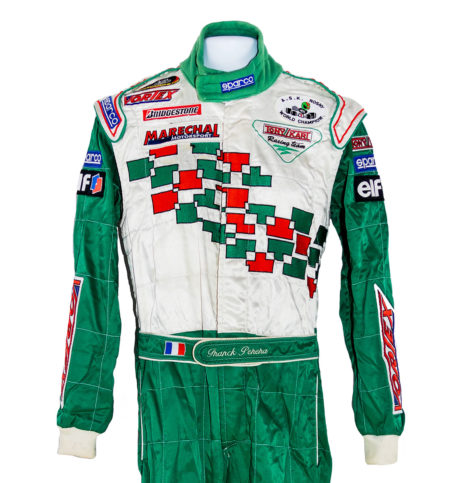 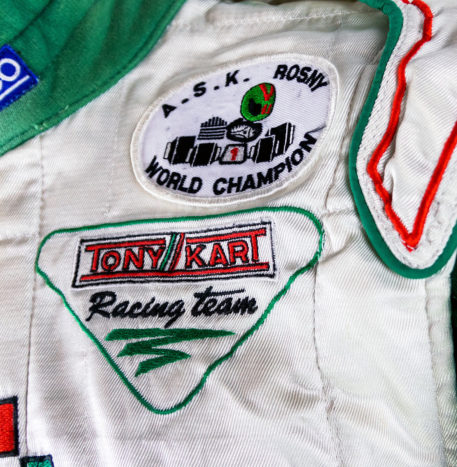 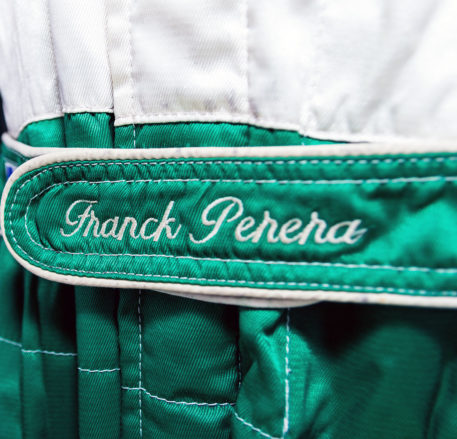 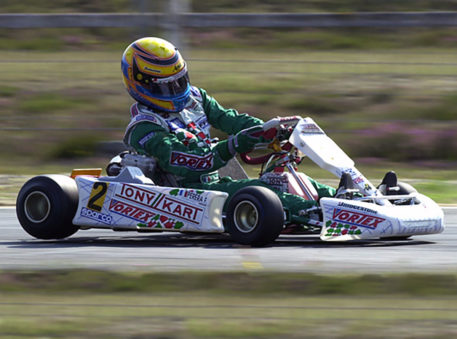 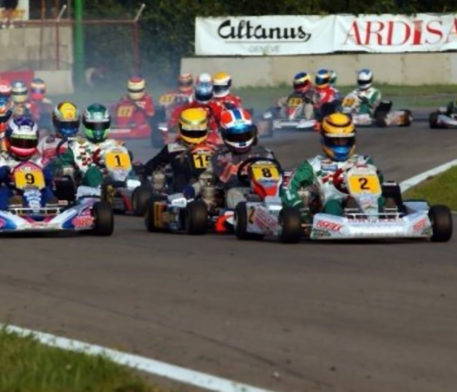 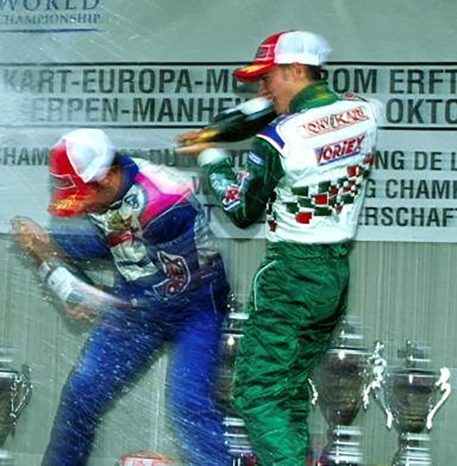 Sparco suit worn by the 1999 Formula A Kart World Champion Franck Perera. The French-born driver has competed in a number of international open-wheel racing and sportscar championships. He has had stints in Formula One as a test driver, raced in IndyCar briefly, and has two class wins at the Daytona 24 Hour race to his name.

This suit was worn by Perera in 2000, his final season competing in the World Formula A Kart Series. Driving for the Marechal Motorsports team Perera finished third, then as Champion the following year and finally as runner-up in the Championship standings in the final year of his three years with the team.

This colorful suit has green arms and legs with a white torso. Around the torso is a ‘Tetris’ style block design in red and green. The suit has engine supplier’s Vortex patches on the arms and back. It also has the Italian kart chassis builder’s Tony Kart branding logo on the back. Other sponsors’/suppliers’ logos are applied on the arms and chest, as well as having Franck Perera’s name embroidered on the waist belt.