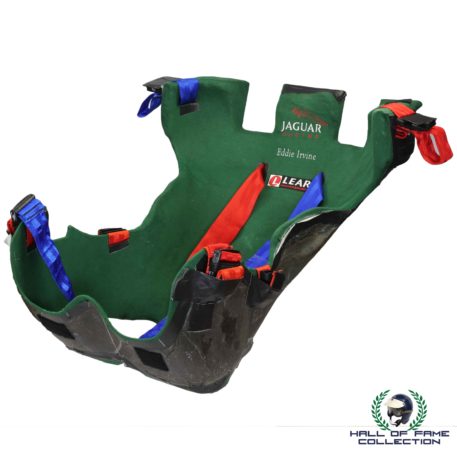 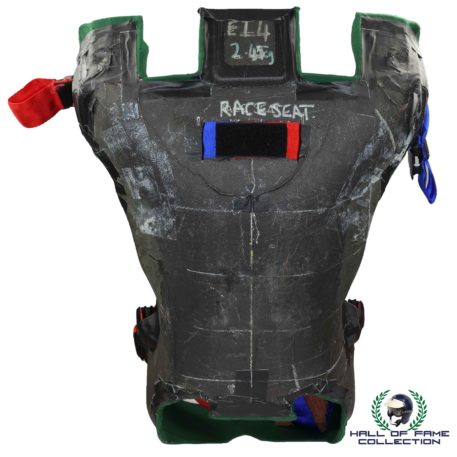 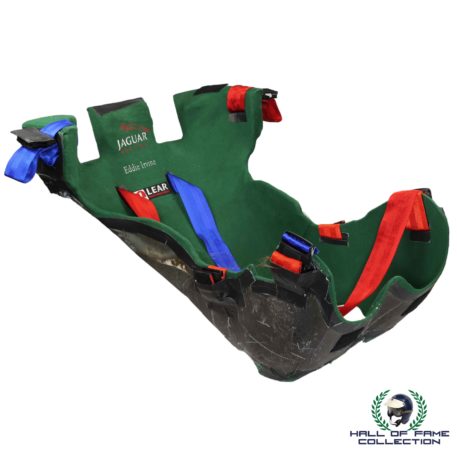 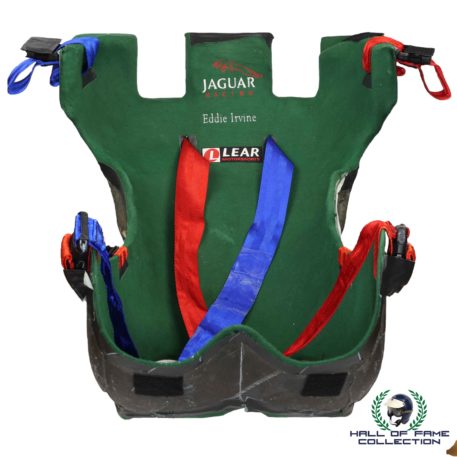 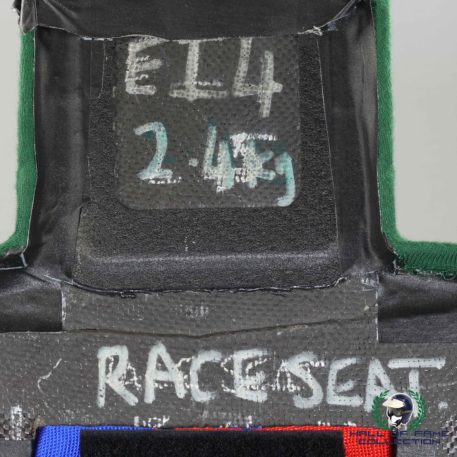 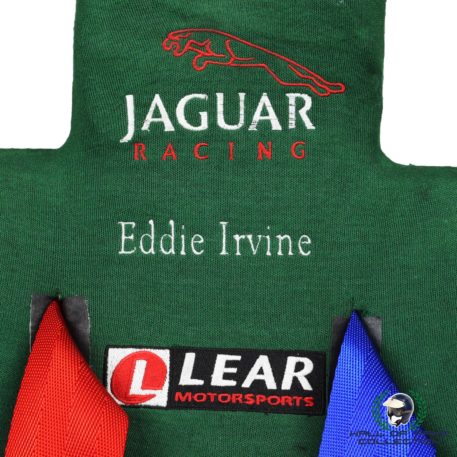 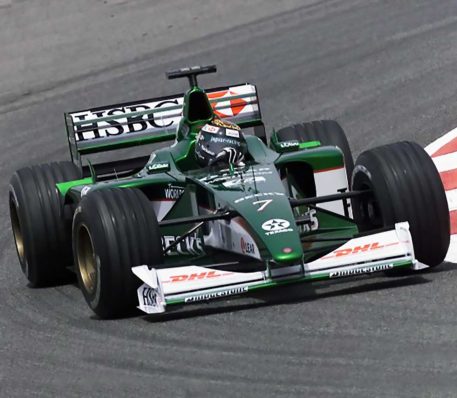 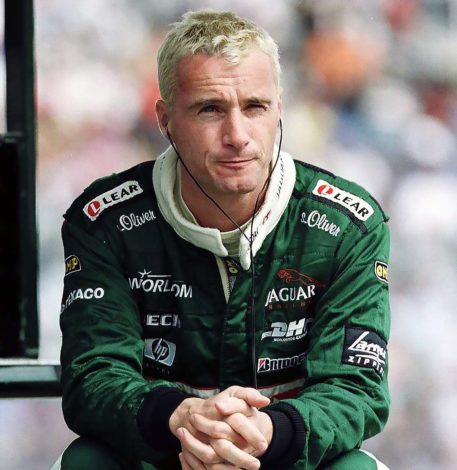 This seat was used by Northern Ireland’s Eddie Irvine during his first season at Jaguar in 2000. That season’s highlight was Irvine taking 4th place in the Monaco Grand Prix. Irvine joined Jaguar after four seasons at Scuderia Ferrari, with his last season at Ferrari being the pinnacle of his F1 career. It saw him capture 4 wins out of 9 podiums that season, on the way to second in the drivers championship just two points shy of first place Mika Hakkinen.

F1 seats are made by taking a mold of the drivers body. To make the mold, the driver suits up as he would for a race, gets in the car and sits on top of a bag of rapidly expanding foam this sets and has the exact shape of the driver and car. The foam mold is then carved down to remove the excess, then 3D CAD scanned, the data from that 3D model goes to the tooling block where the seat mold is cut in precise layers and then laid with carbon fiber which is finished by being cured in a large autoclave oven.Once this is done the seat has holes in cut in it for seat belts then overlaid with a fabric layer and is ready to be fitted to the race car.

This is a rare opportunity to add a uniquely personalized part of a F1 car to your collection.

This seat come with a Hall of Fame Collection COA.