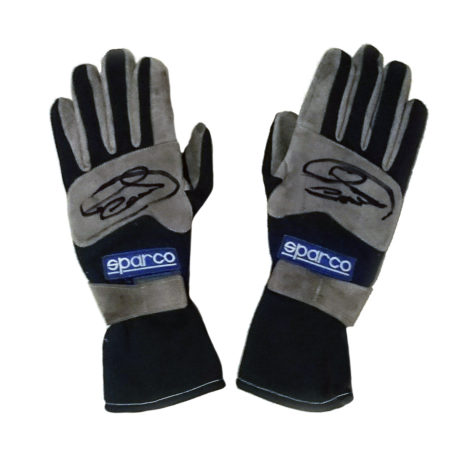 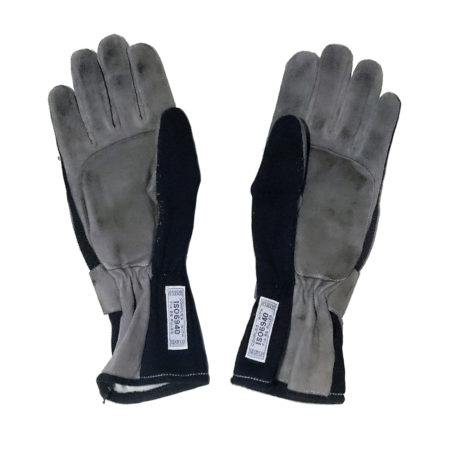 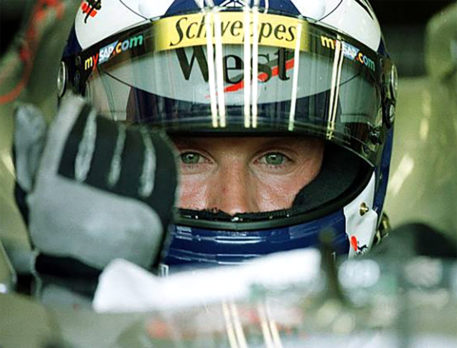 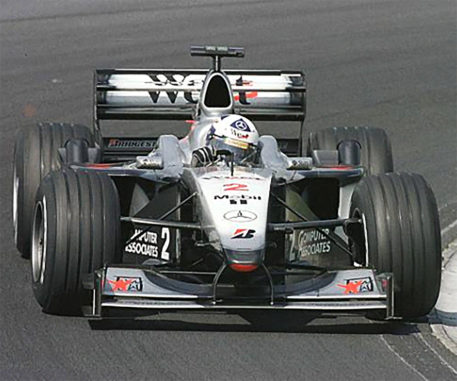 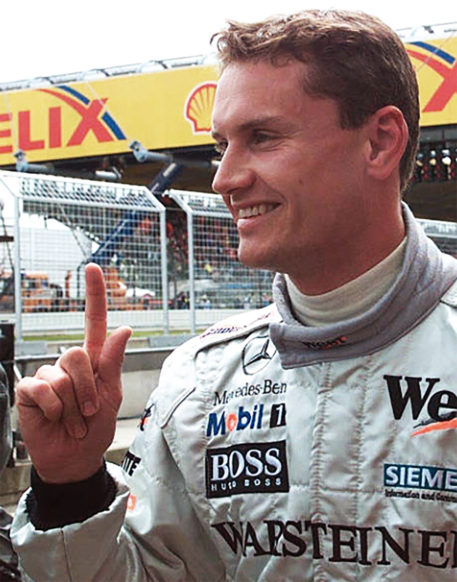 Pair of Sparco race gloves worn by popular Scottish driver David Coulthard during the 2000 Formula 1 season. Coulthard, in his fifth season with the McLaren Mercedes team, drove his MP4/15 car to three wins and eight other podium finishes, which saw him finish third in the Drivers’ Championship.

These black gloves were worn by Coulthard in his victory in the British Grand Prix at the  Silverstone Circuit. They have grey leather palms and knuckle panels along with Velcro fasting straps and have the Sparco branding patches and FIA approved labels attached to them.

Both gloves have been personally signed by David Coulthard and come with a full Certificate Of Authenticity.