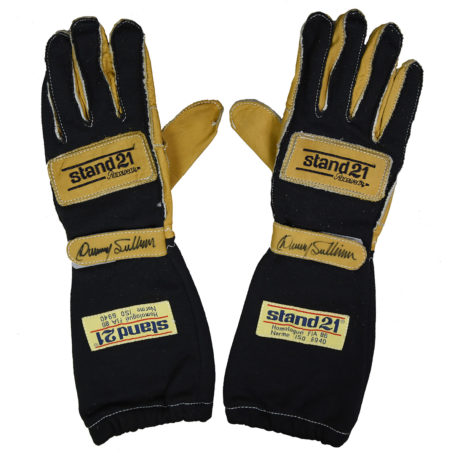 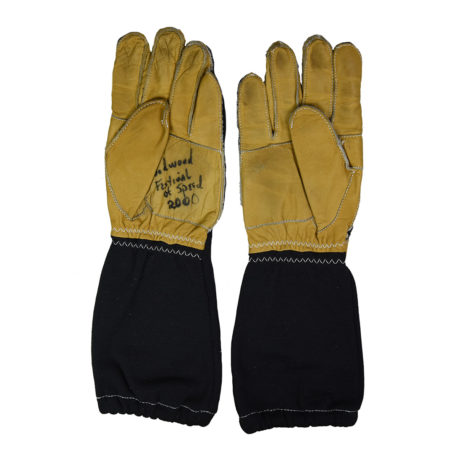 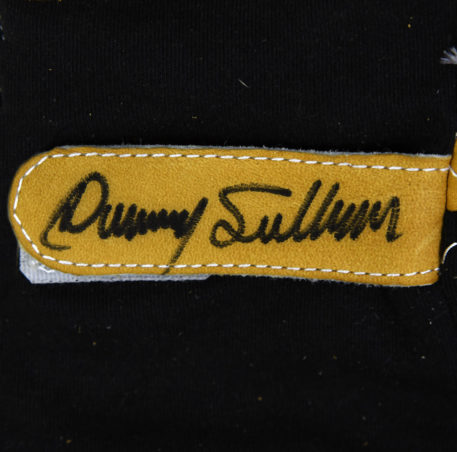 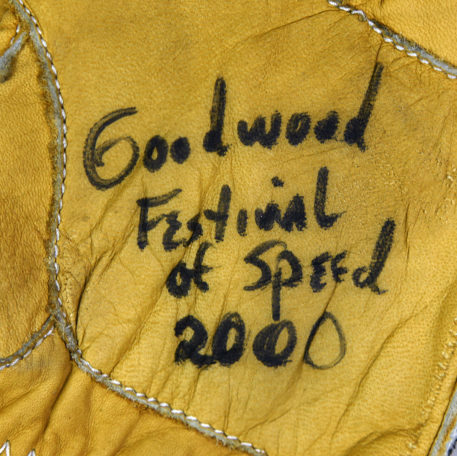 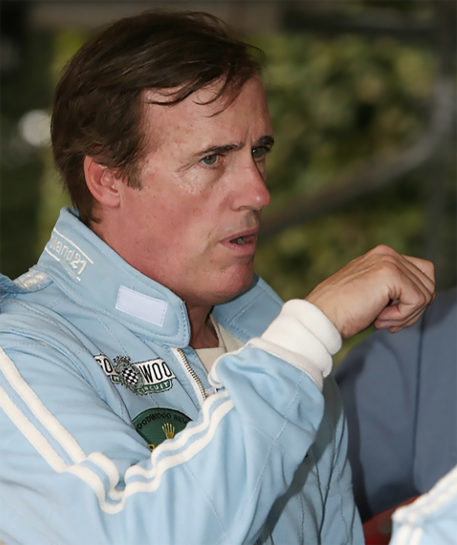 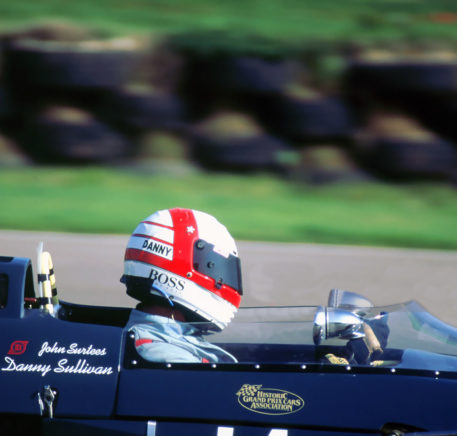 Pair of Stand 21 racing gloves worn by former Formula 1 driver and CART IndyCar and Indy 500 champion Danny Sullivan. The American driver notched up seventeen wins during his IndyCar career including his famous ‘Spin and Win’ Indy 500 victory in 1985. Sullivan also competed in the Can-Am series and various other sportscar events.

These gloves were used extensively in 2000 by Sullivan driving over the full three-day event at the world-famous Goodwood Festival of Speed, held on the grounds of Goodwood House in West Sussex, England. He can be seen wearing the gloves in the pictures.

The black gloves have tan leather on the inner palms and fingers. There are also leather protection patches across the knuckles which have the Stand 21 branding logos embroidered on them. The FIA standard labels are also stitched onto the cuffs.

Danny Sullivan has personally signed both gloves across their leather Velcro fastening straps, and he has also documented where they were used on the palm of the left glove.