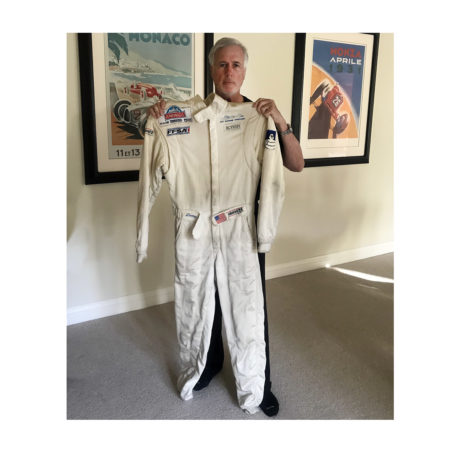 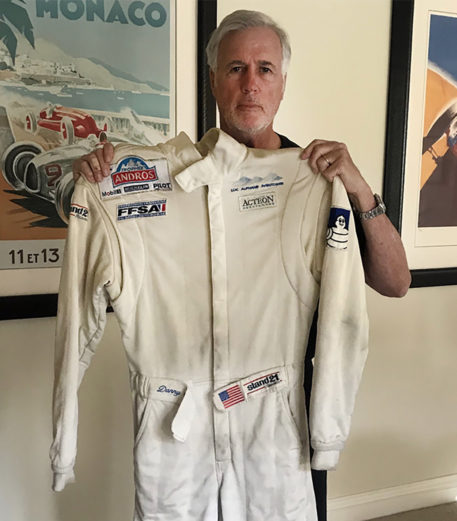 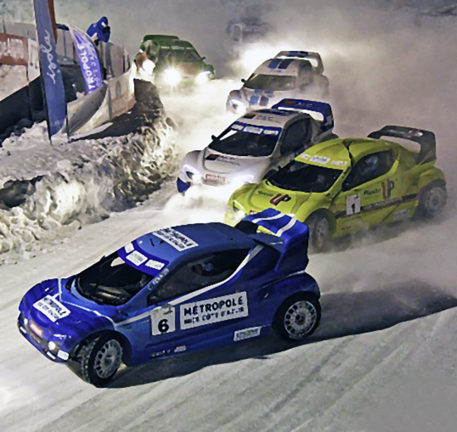 This Stand 21 race suit was one used by American driver Danny Sullivan in a one-off foray driving in the Formula France class (4-wheel drive car powered by a motorcycle engine)at the 2000 national ice racing championship Andros Trophy event. The Former IndyCar, Indy 500 Champion and Formula 1 star was fourth in his first race and first in the second to finish in third place overall in races held around an ice track some 2000 meters up on the French Alps. Danny also informed us that the suit was worn again at further event held at the Stade de France in Paris in front of 60,000 spectators. He won six event rounds including the final.

The all-white suit has many event patches applied to it including ones for FFSA (French Autosport Federation) and an Andros Trophy Driver patch. Sullivan’s name and national flag are embroidered to the waist belt.