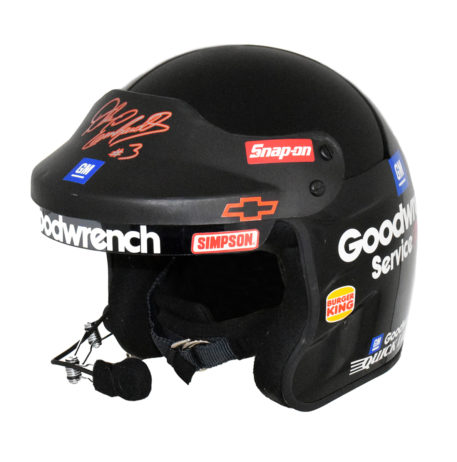 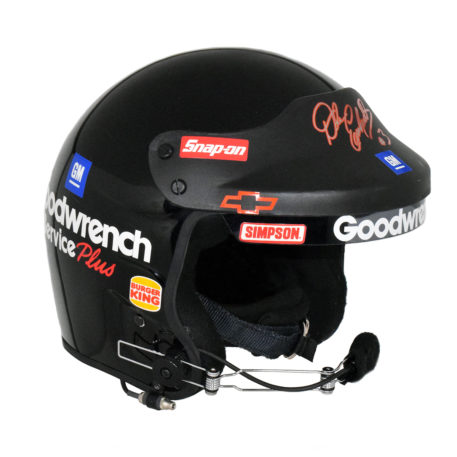 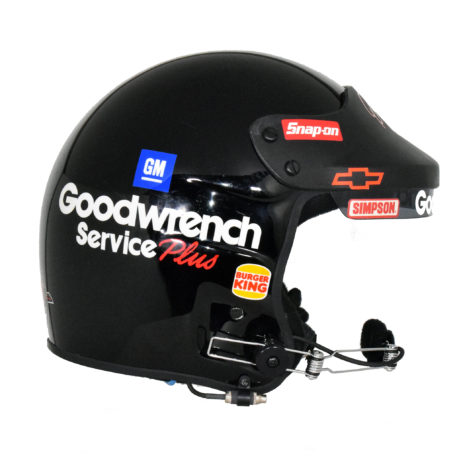 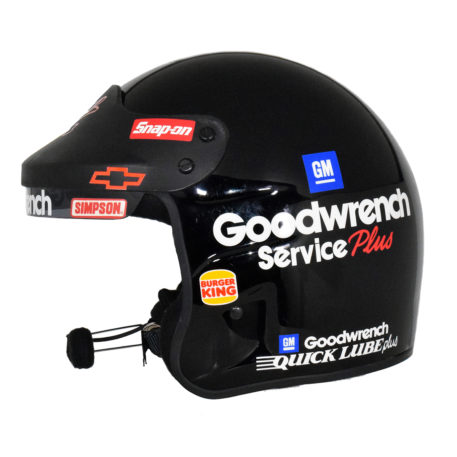 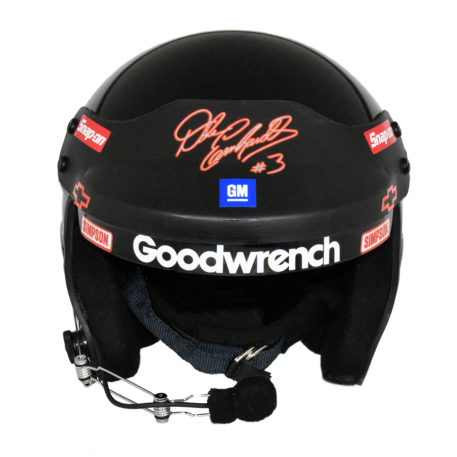 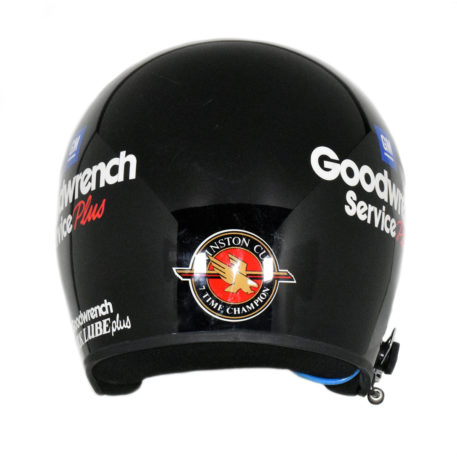 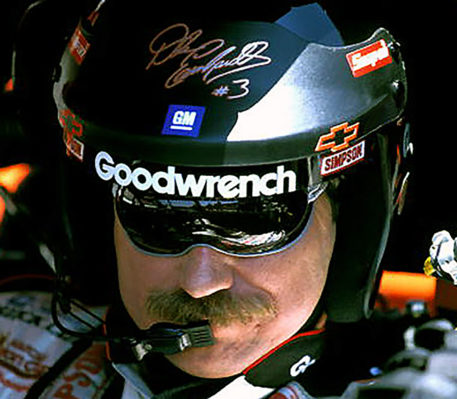 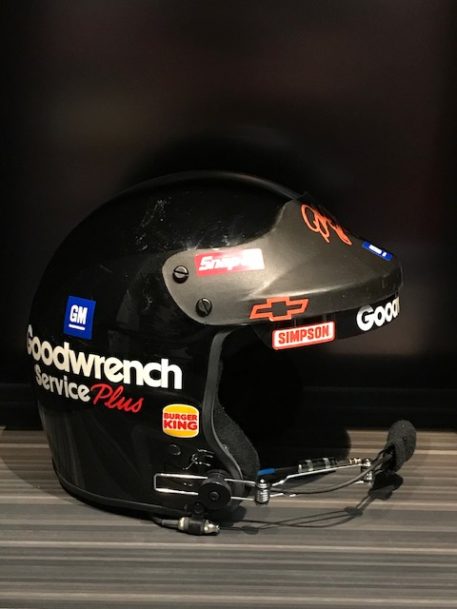 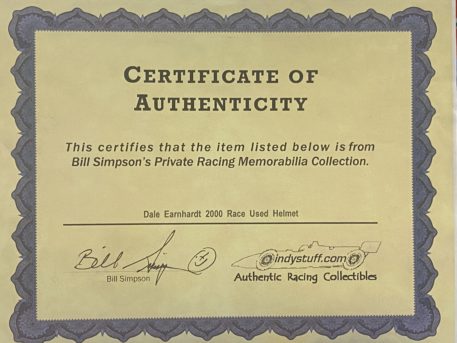 He began his career in 1975 and is regarded as one of the most significant drivers in NASCAR history. Earnhardt won a total of 76 Winston Cup races over the course of his career, winning seven NASCAR Winston Cup championships with his aggressive driving style which earned him the nickname ‘’The Intimidator”. Unfortunately in 2001, Earnhardt would lose his life due to injuries sustained in a collision during the final lap of the Daytona 500, a tragedy that was widely lamented throughout the racing industry. He was inducted into numerous racing halls of fame, including the NASCAR Hall of Fame in 2010.

This helmet was one used by Earnhardt during the 2000 NASCAR season while driving for Richard Childress Racing, a team he spent most of his career with. The all-black peaked Simpson open-face ‘Cruiser’ type helmet comes still equipped with its microphone, earpiece and audio cord attached. There are numerous sponsor stickers and decals on the helmet, including GM, Goodwrench, Burger King and Snap On. On the back of the helmet there’s a Winston Cup 7 Time Champion decal. The helmet shows race-wear and would have been used for at least one or two races. It was acquired directly from Bill Simpson’s personal collection and comes with a signed COA from him. It is now available for purchase and represents a one-time chance to own a very rare race-used helmet worn by perhaps the greatest stock car driver in NASCAR history.

As always the helmet also comes with a Hall of Fame Collection Certificate Of Authenticity.