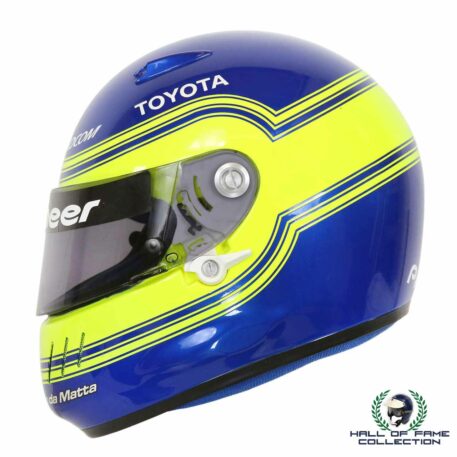 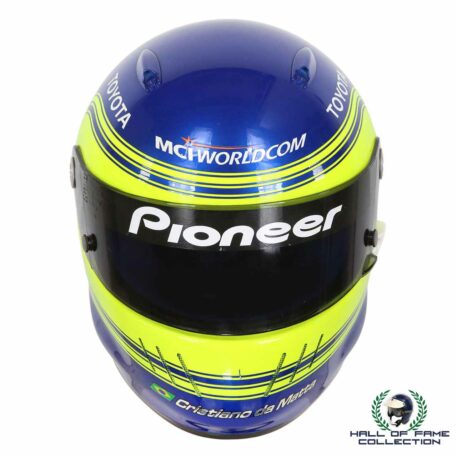 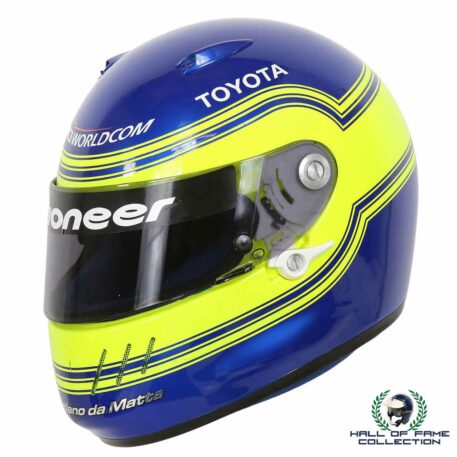 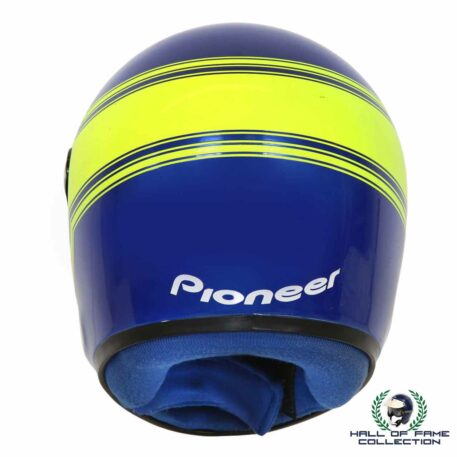 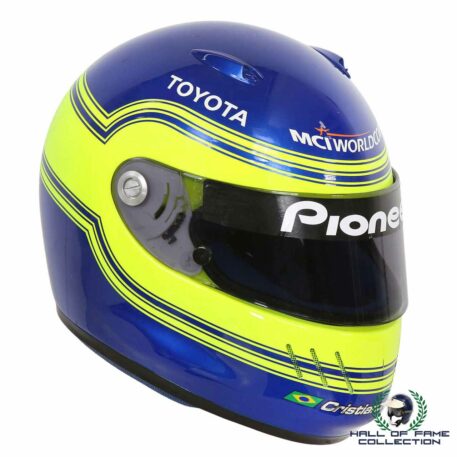 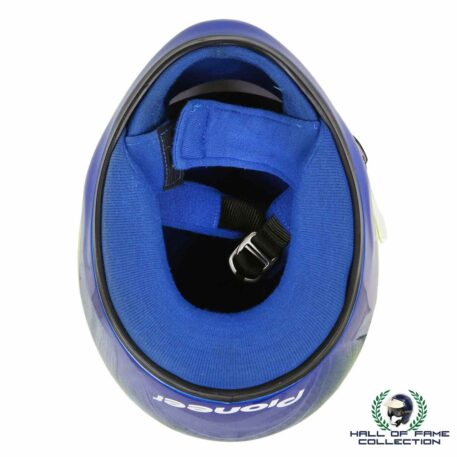 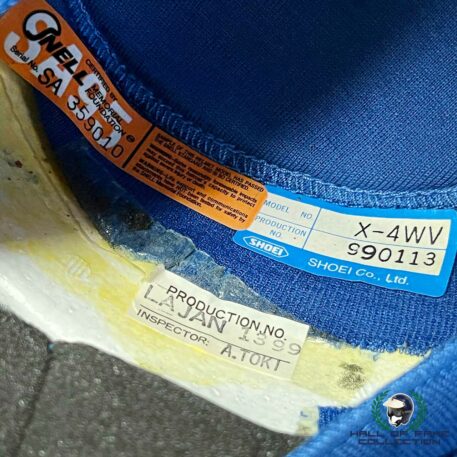 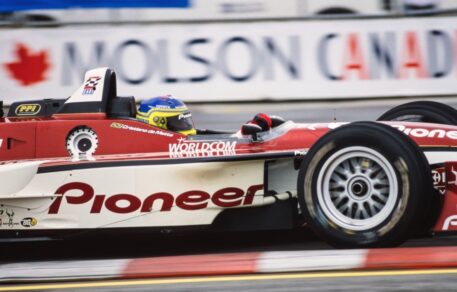 Original Shoei x4 helmet from the 2002 CART Series Champion,  Cristiano da Matta. This helmet was made for the Brazilian to use in the 2000 CART Series season but he decided to go with the Arai helmet instead.

The Shoei X4 was popular amongst Brazilian drivers due to the fact that Ayrton Senna used these in the early 90’s in Formula 1.

This helmet comes with a Certificate of Authenticity