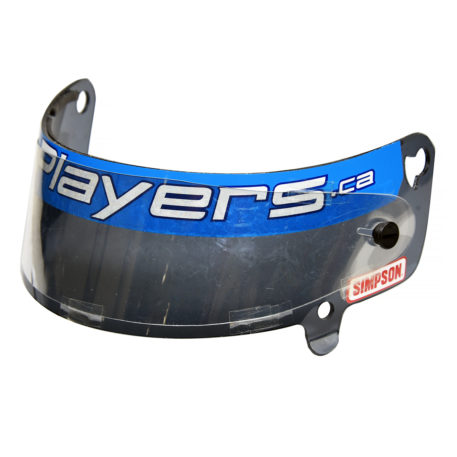 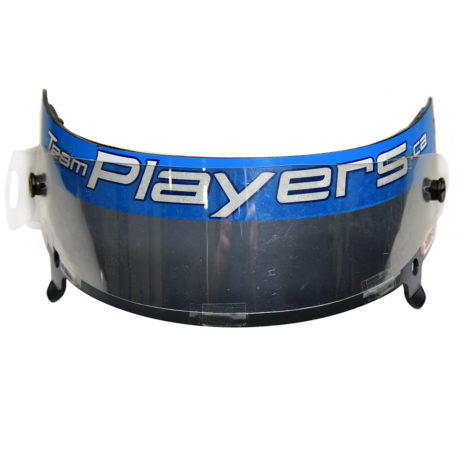 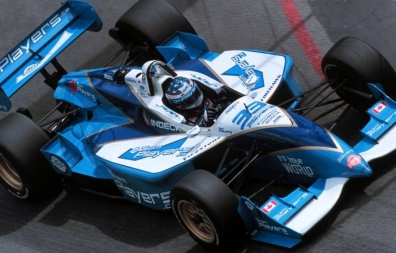 A race-used Bell helmet visor worn by Canadian driver Alex Tagliani. It was worn during the 2000 CART season while Tagliani was driving in his rookie season with the Players Forsythe Racing team.

The dark-tinted Simpson visor has the team’s major team sponsor Players sun strip and still has tear-off attached to it.