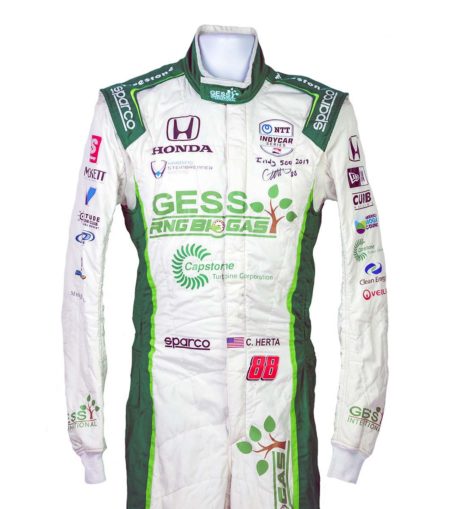 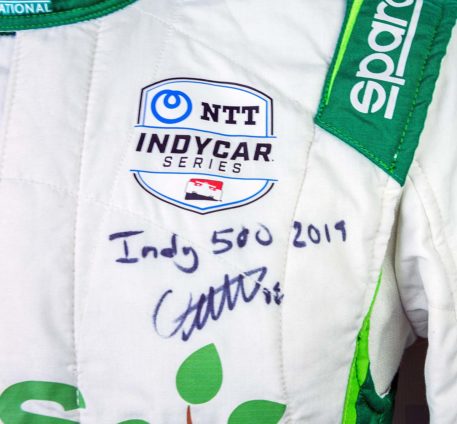 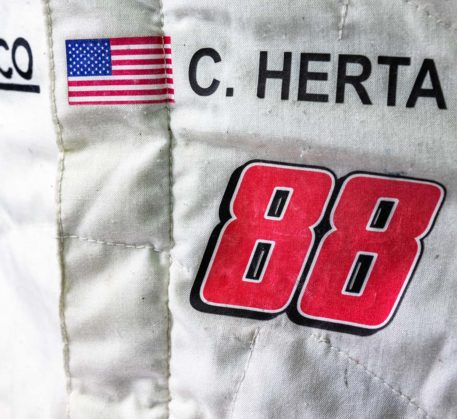 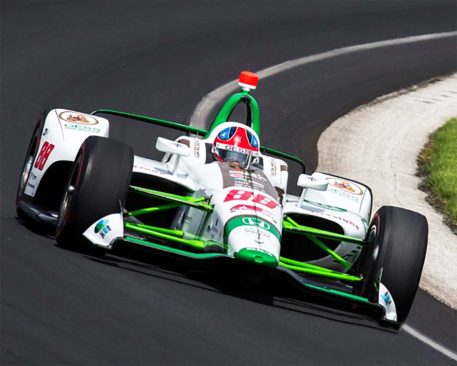 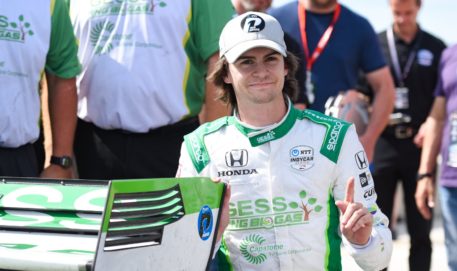 The Californian became the youngest race winner at 18 years old when he won the 3rd round of the Championship (only his 4th start) in Austin, Texas driving for the Harding Steinbrenner Team. Herta would go on to add another victory at the season ending Laguna Seca race, a place his father had recorded IndyCar victories in the past. Herta also made history by becoming the youngest Pole sitter in IndyCar history when we scored pole at Road America. He added another pole at Leguna Seca to prove this was no fluke.

Herta used this suit in practice at the Indianapolis 500 as a rookie and also used it in his first career pole at Road America. The future has not looked so bright for a young American driver in quite sometime.

Don’t miss this very rare opportunity to snap up one of his race worn items from his Rookie of the year campaign. The suit has been hand signed by Herta and comes with a Certificate of Authenticity.