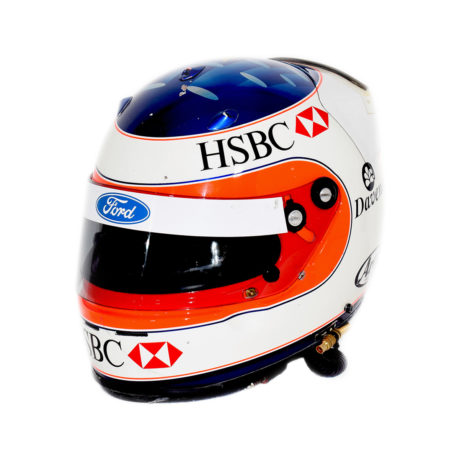 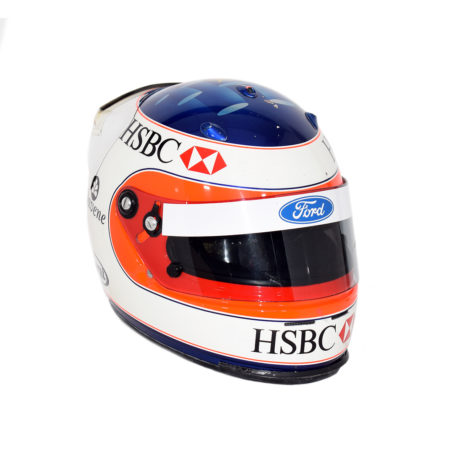 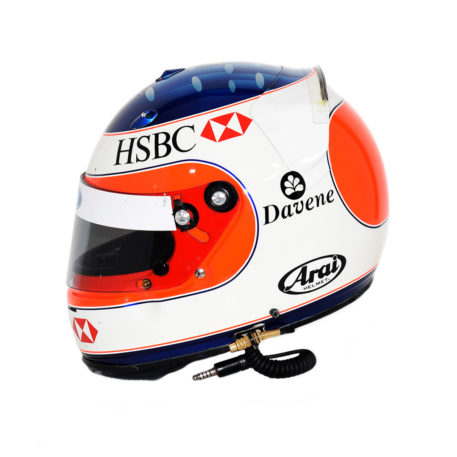 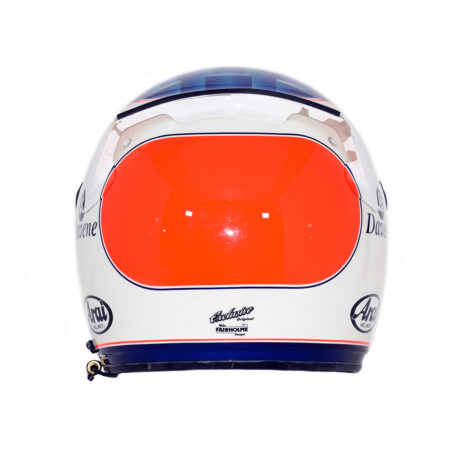 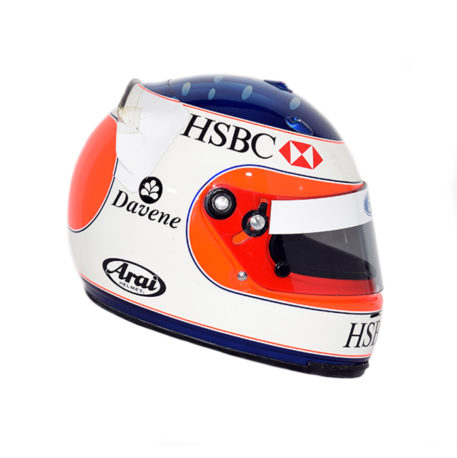 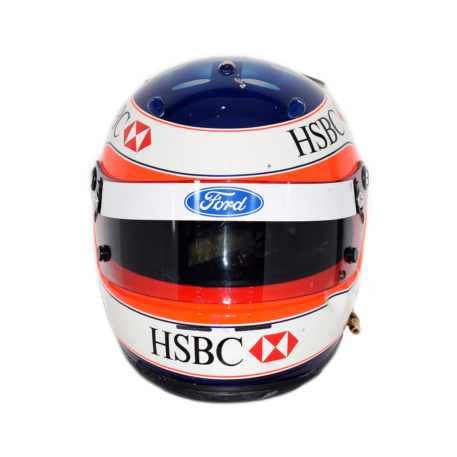 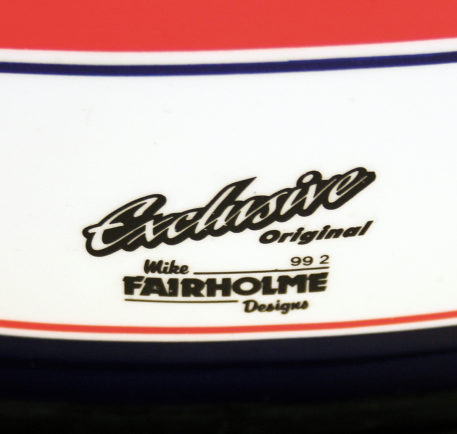 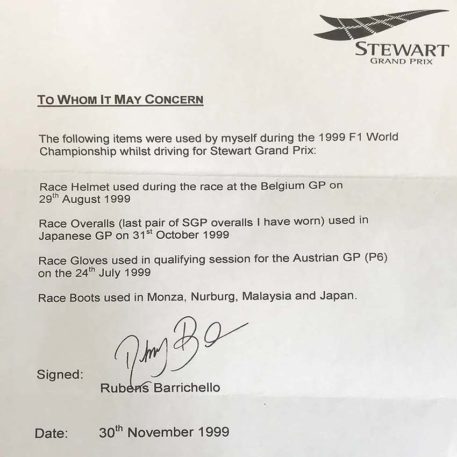 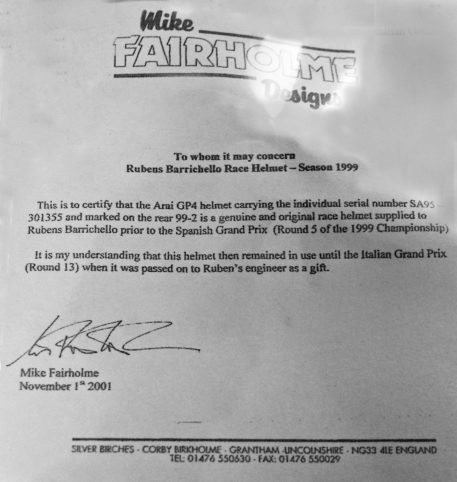 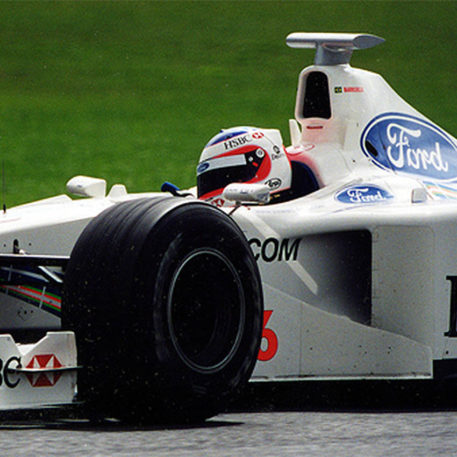 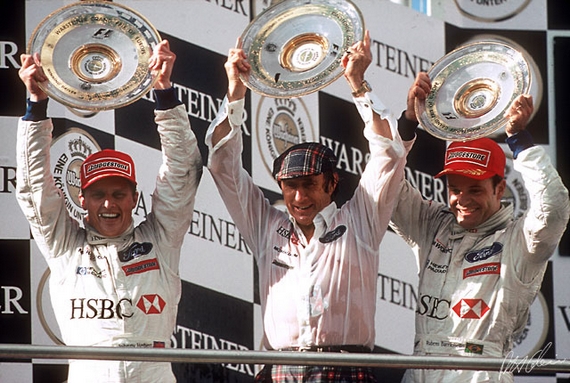 This original helmet was used by Rubens Barrichello during his final season with the Stewart F1 Team in 1999. Rubens out performed the car during the season managing to achieve three podiums. Barrichello caught the eye of Ferrari team boss Jean Todt, and he was signed for the following season.

One of the most popular F1 drivers of all time, Rubens had a record 322 Grand Prix Starts with 11 victories.

This helmet comes complete with original radio and a COA from Mike Fairholme who was the helmet painter for Barrichello. Also one more COA from Barrichello himself. Helmet was last used at Spa for 99 Belgium GP.