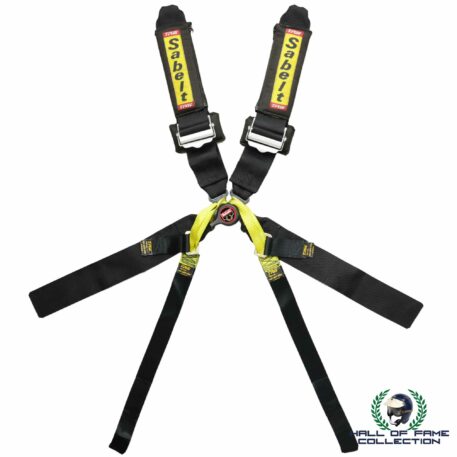 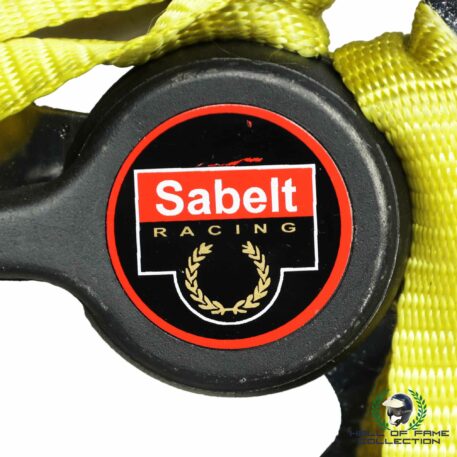 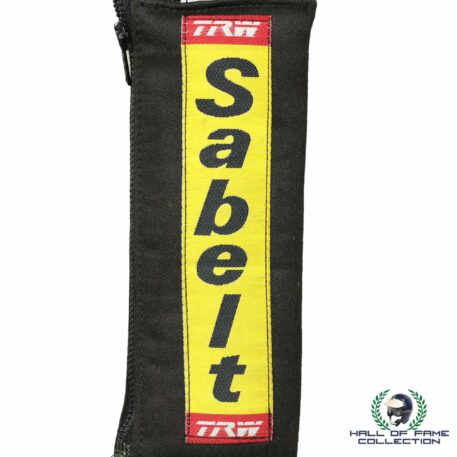 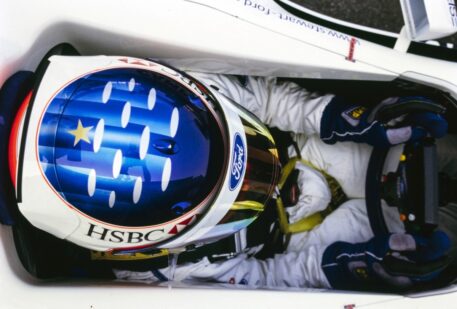 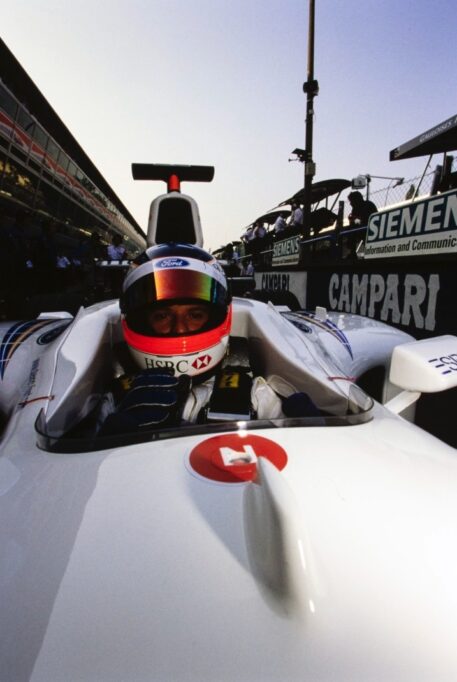 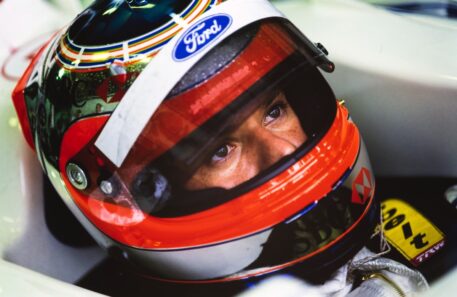 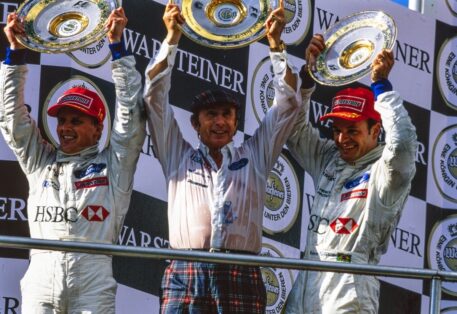 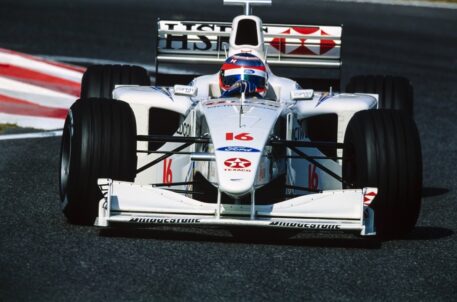 Rubens Barrichello’s Sabelt racing belts from his 1999 season with Stewart Ford. The belts have the original harness pads, retain all the straps and have a working buckle.

Rubens did a 3 year stint with the team, and beat his teammates in all 3 years. This fact caught the eye of Ferrari’s Jean Todt who subsequently signed him to the team. Barrichello raced 6 seasons with the Scuderia, seeing him take 2nd in the World Drivers’ Championship twice. A feat he later repeated with the Brawn GP Team in 2009, scoring 2nd in the drivers’ standings once again.

Ruben’s racing history continues to be written to this day. While many of his generation are retired from racing, he is still racing actively, and winning too!

The belts come with a Certificate Of Authenticity.