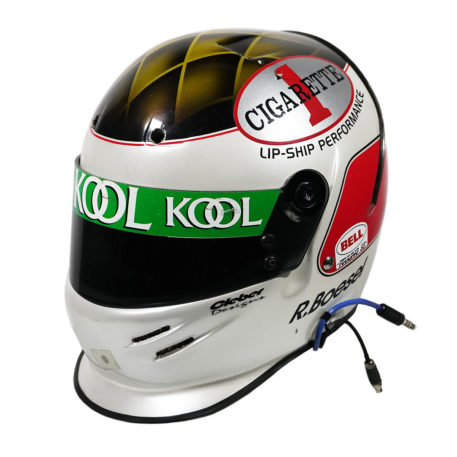 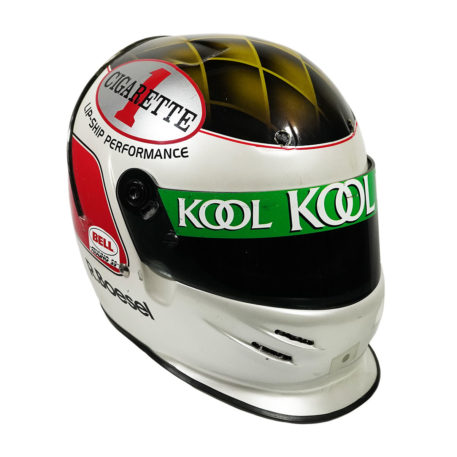 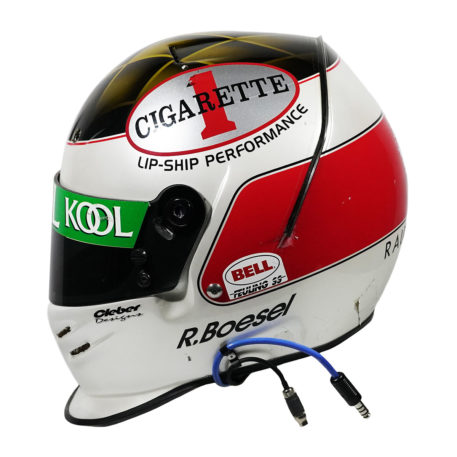 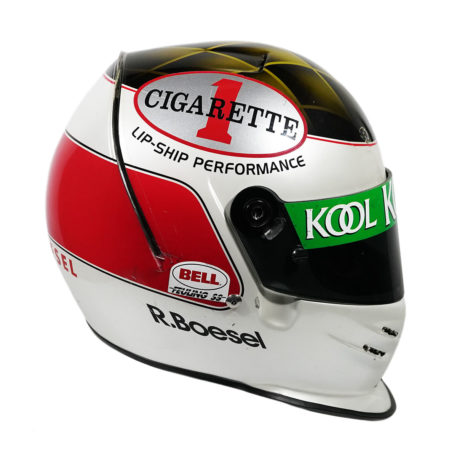 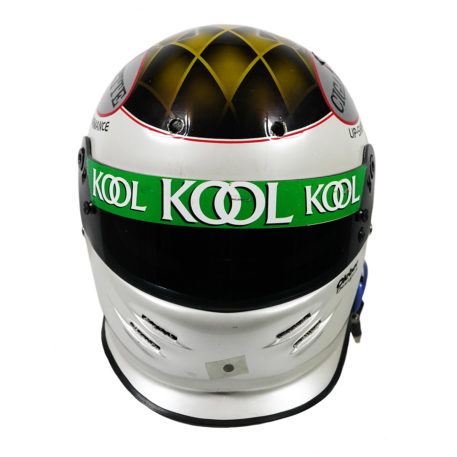 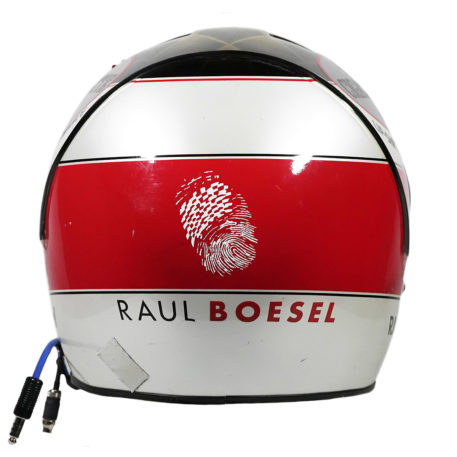 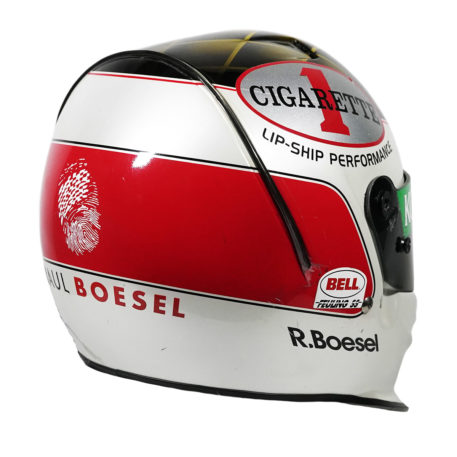 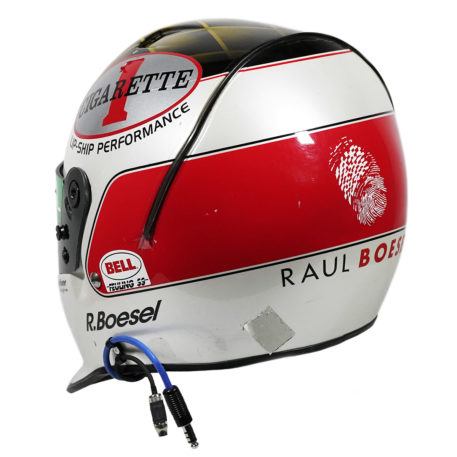 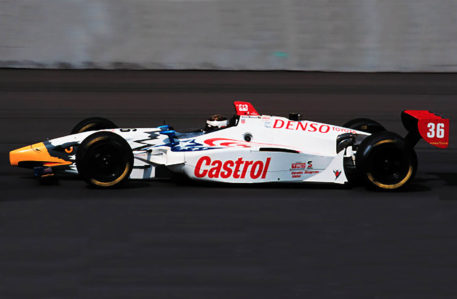 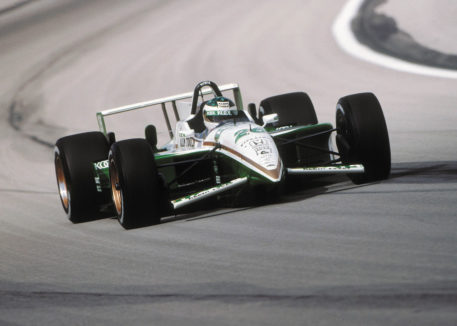 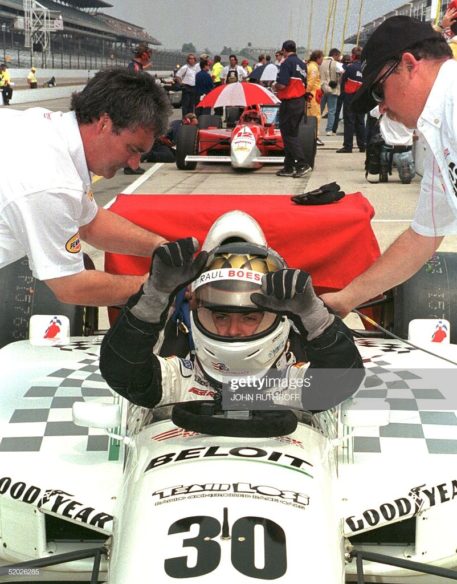 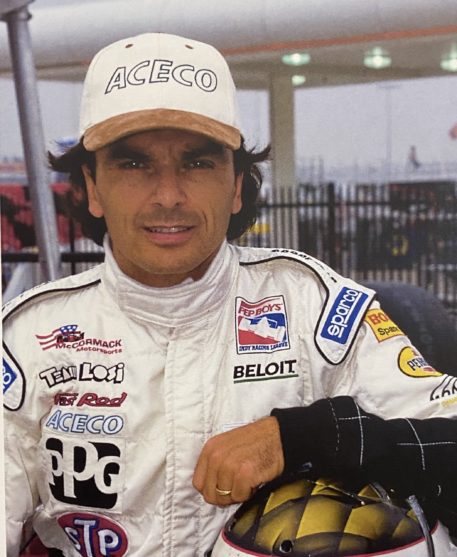 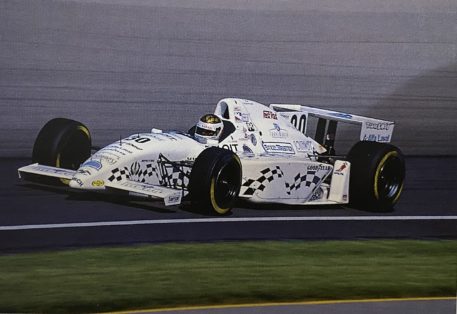 Original Bell Feuling SS2 helmet from Brazilian driver Raul Boesel prepped sometime around the late 1990’s. The helmet’s race history is unknown but it most likely stayed with him for a few seasons. In person it does show some signs of slight use and you can see where the drink tube was drilled and comes with the original radio still attached. In 1998 Boesel was just coming off a full season of competing in the Indy Racing League when he got the call from Team Kool Green Racing to substitute for a suspended Paul Tracy in the first race of the 1999 CART season in Miami. The team was familiar with Boesel as he had previously driven for the team in the 1996 CART season.

The helmet has the Kool Green Visor fitted but was not used in the race and, as can be seen in pictures, Boesel ended up using a different helmet. It’s likely though that this was his Kool Green back-up helmet and was likely used during practice. The helmet colors match up more with the helmets he used in the 1998 IRL season and the 1999 CART races when he drove for Dan Gurneys All American Racing Team at the Chicagoland and Fontana Speedways.

Boesel, a veteran of Formula 1, Sportscar racing and IndyCar, also raced Powerboats for the Cigarette 1 Powerboat Racing Team at the end of 1999. As a result their oval decals were added at some point to the top of this helmet.

Despite no exact photo matching available, Boesel has confirmed that it is an original helmet he used and thus represents a nice opportunity to own a Bell Feuling SS2 helmet. It was painted by Cleber Designs with an airbrushed gold graphic design on the crown and a red panel around the sides and a thumbprint Boesel logo on the back. This is all overlayed on a white base color with Boesel’s name appearing on both sides.