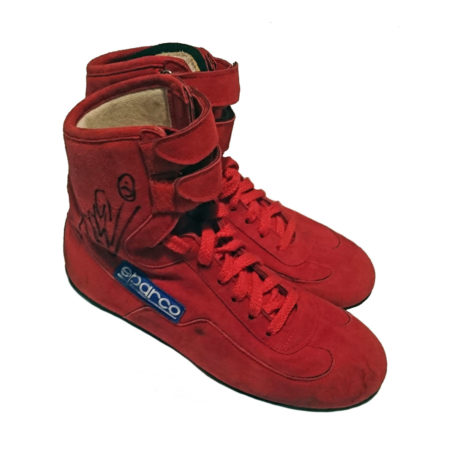 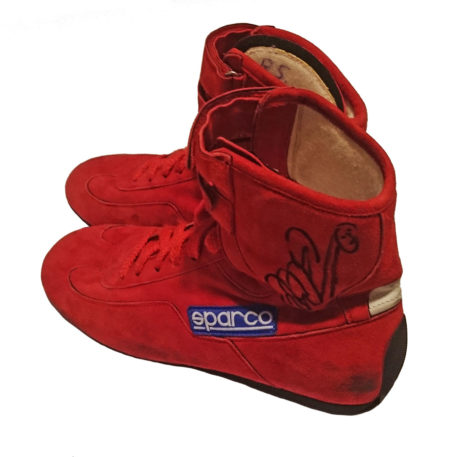 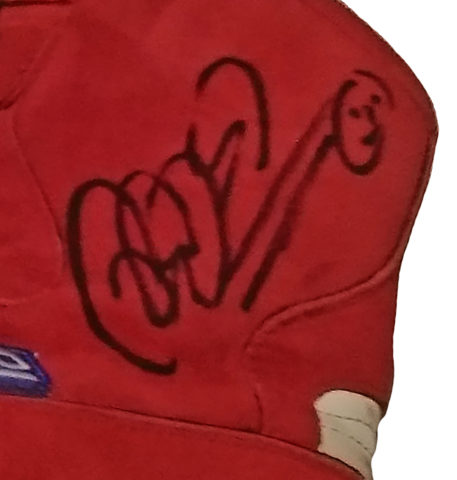 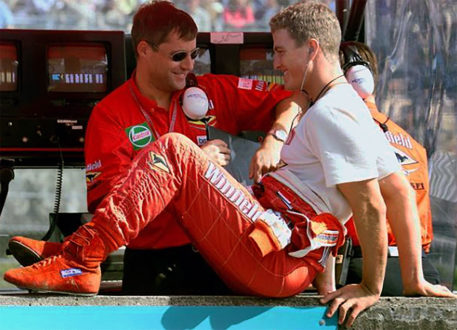 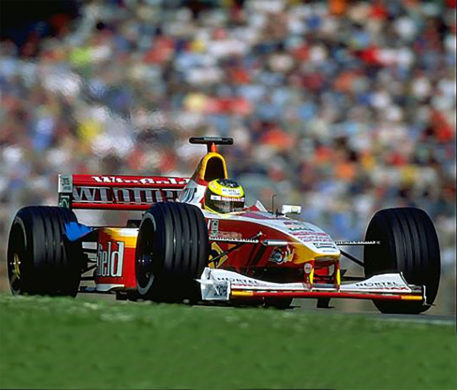 Pair of red high-leg Sparco boots worn by German driver Ralf Schumacher while driving in his first F1 season for the Winfield Williams Racing Team. Schumacher signed on with the Williams team in 1999 after two seasons with Jordan Racing. During the 1999 F1 season Schumacher had some impressive performances with eleven top-five finishes, that included three on the podium.

The boots show race wear and would have been used at more than one event during the season. Ralf Schumacher has personally signed each boot, and also added a customary ‘smiley face’ image to the signatures.

The boots are accompanied with a full Certificate of Authenticity.