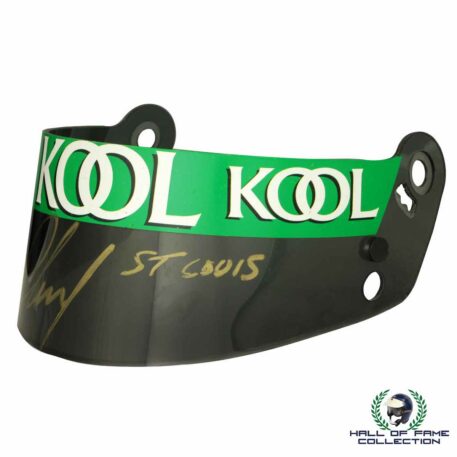 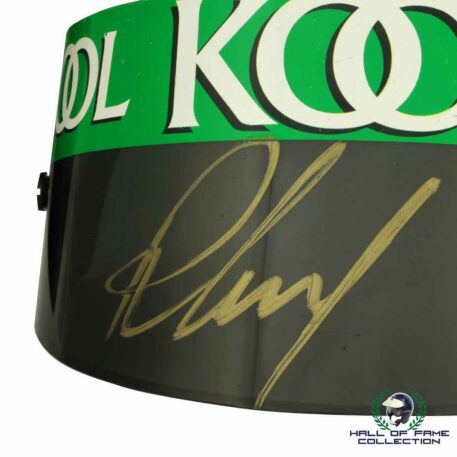 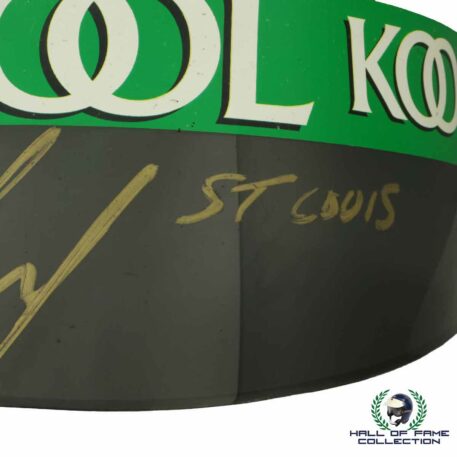 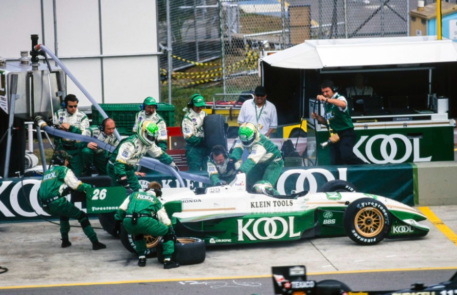 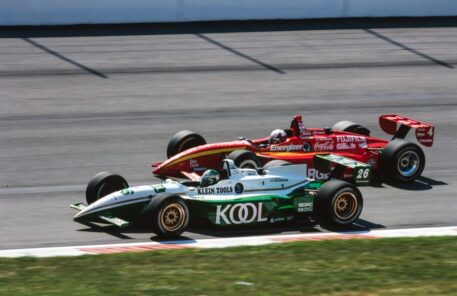 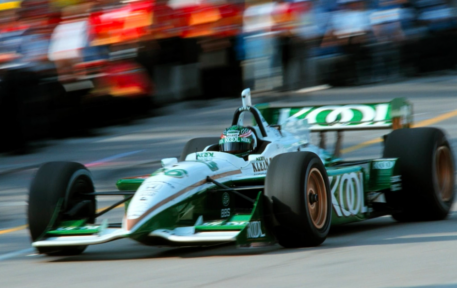 This tinted Team Kool Green visor was used by 2003 Champion Paul Tracy during the 1999 race at St. Louis (Gateway). Tracy has signed the visor in gold paint pen and he denotes the race as well.

Driving for Team KOOL Green, Tracy  had two wins and 5 more podiums in 1999, to see him finish the season third in the Fed Ex CART Championship.