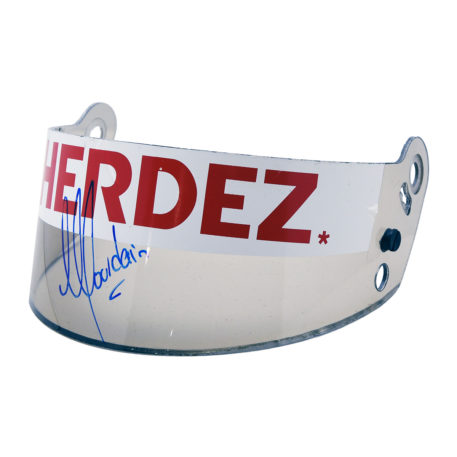 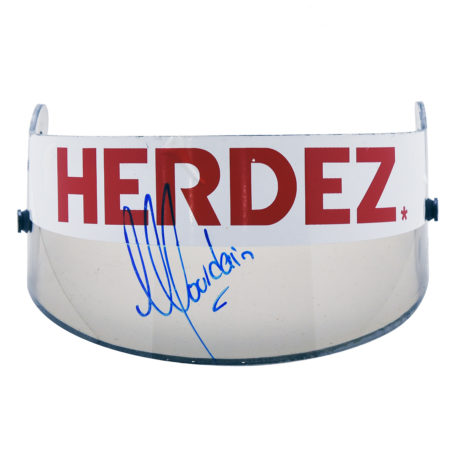 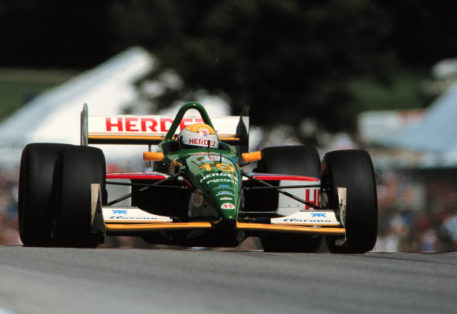 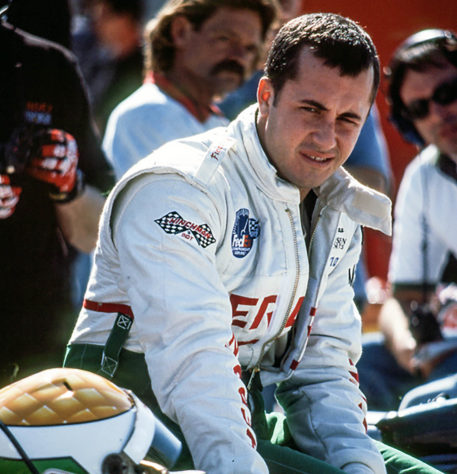 The Bell visor has Jourdain Jr.’s main team sponsor Mexican food company ‘Herdez’  logo on the sun strip applied to it. It has been personally signed by Michel Jourdain Jr. with a blue marker pen. 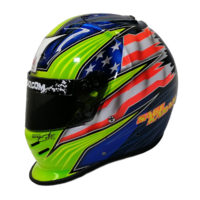