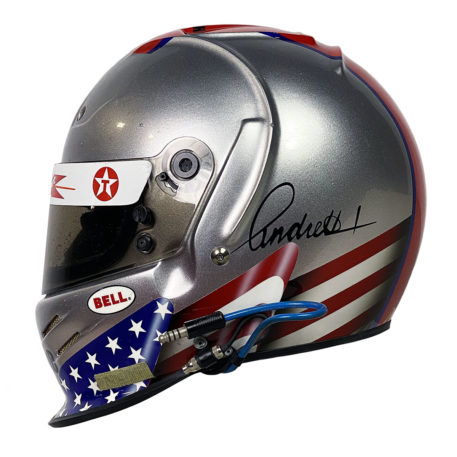 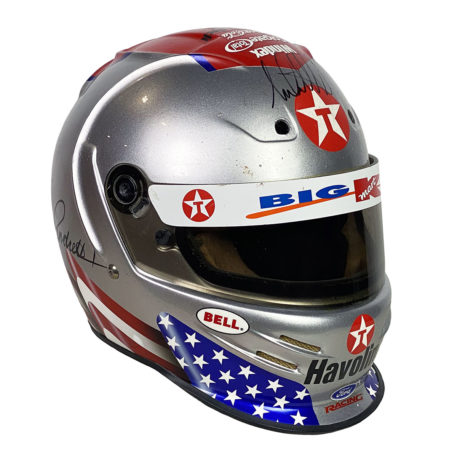 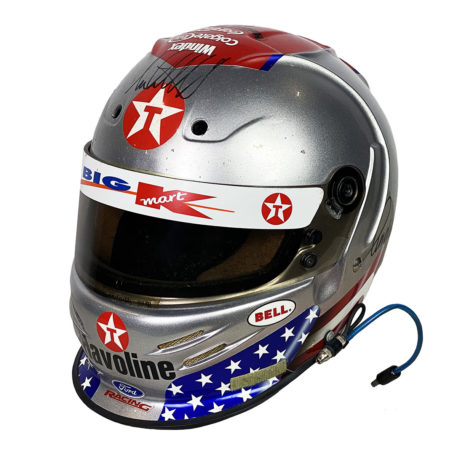 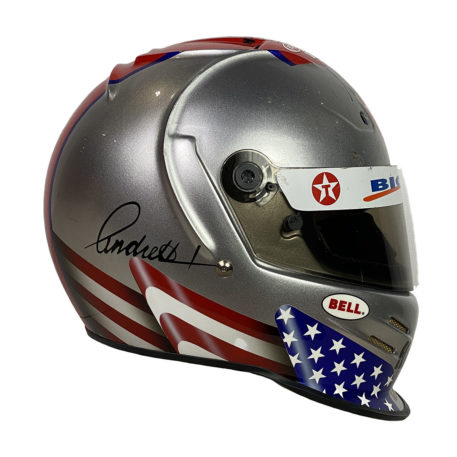 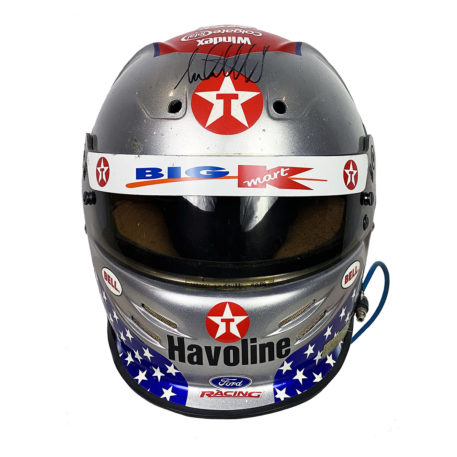 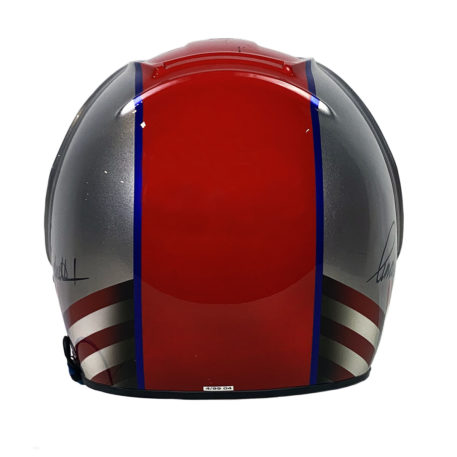 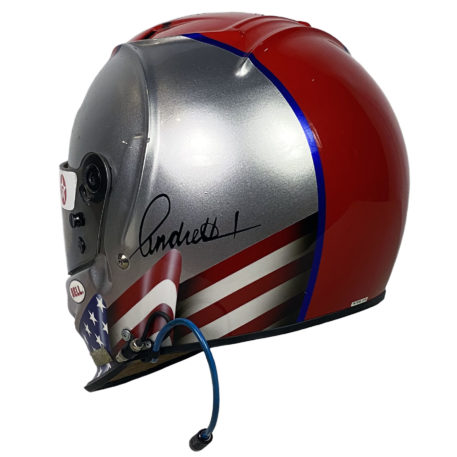 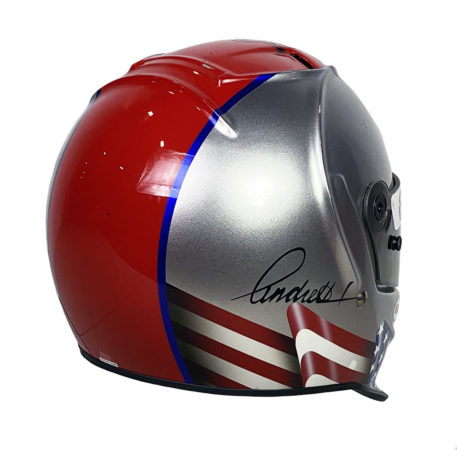 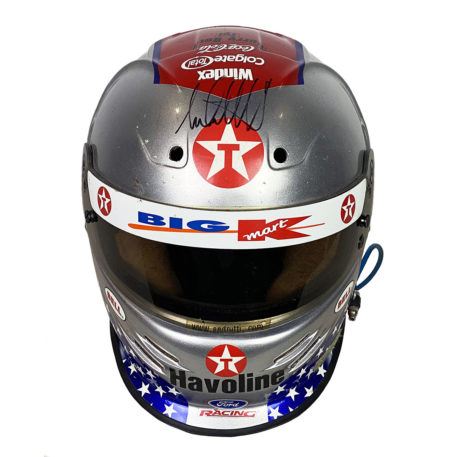 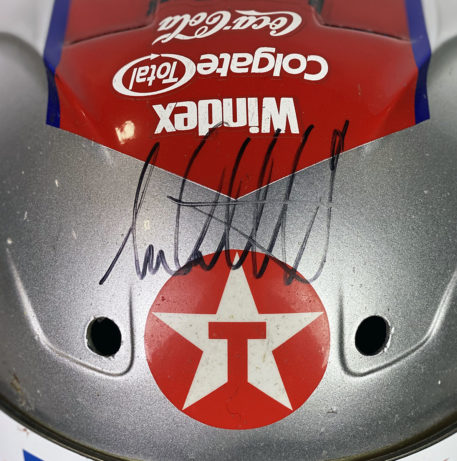 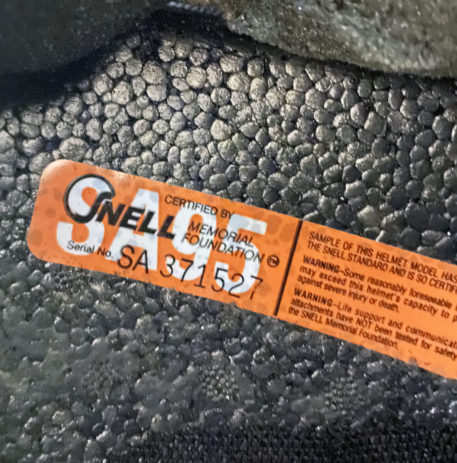 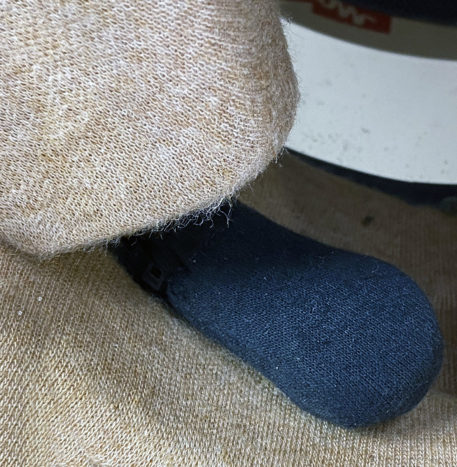 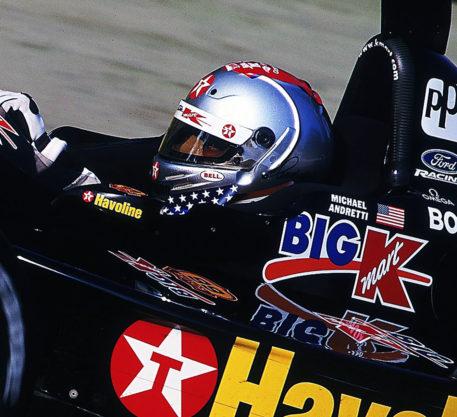 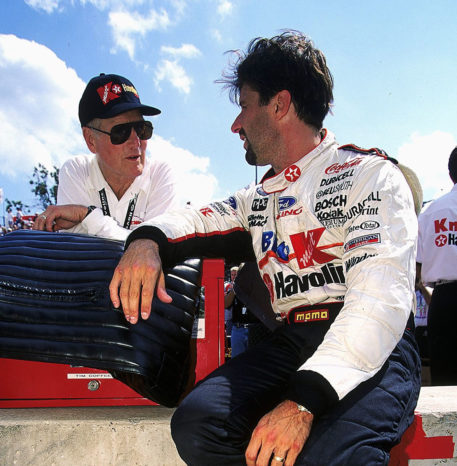 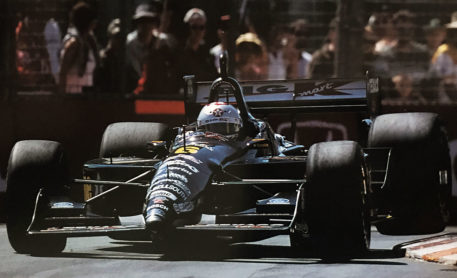 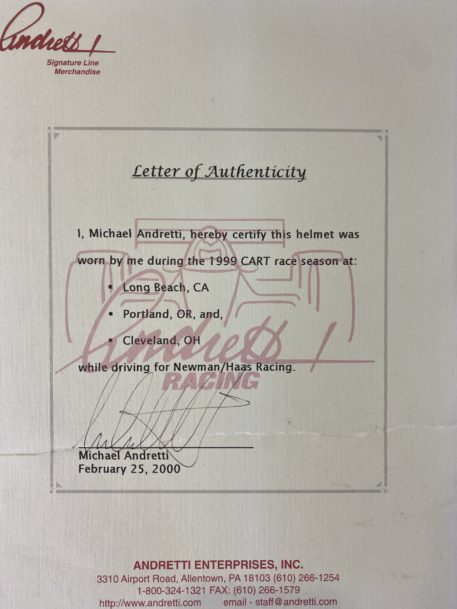 Superb Bell Dominator helmet used by former IndyCar Champion Michael Andretti, during the 1999 CART IndyCar series. The helmet was documented by Andretti Racing Enterprises as the one that was race-used in at least three events (Long Beach, Portland, and Cleveland) during the 20-race season. Andretti, driving a Newman-Haas owned Ford-powered Swift machine, had top ten finishes in all three of these races, including a podium at the Grand Prix of Cleveland.

The helmet comes in the legendary Andretti family’s metallic silver livery, with a blue edged wide red center stripe running over its top and ending in a chevron on its crown. It also has the ‘Stars & Stripes’ around the bottom of the helmet, a feature Michael added to father’s iconic design. The family’s ‘Andretti’ name is in the familiar script is on either side of the helmet. It also bears many of the team’s sponsor/suppliers branding logos, including Texaco Havoline, Windex, and Ford to name a few. The visor has a Big Kmart/Texaco sun strip placed on it and on the back there’s a helmet I.D. label that reads 4/99 04. The helmet comes as last used with its race radio still installed and in its original Bell helmet bag complete with a handwritten tag from Andretti.

Michael Andretti has personally signed the helmet on its top front. It is accompanied with a full Certificate Of Authenticity from Hall of Fame Collection plus as a bonus, the original Andretti sighed COA from 2000 when it was originally sold.

This is a great chance to own this fantastic race-worn helmet from one of the IndyCar series major stars.