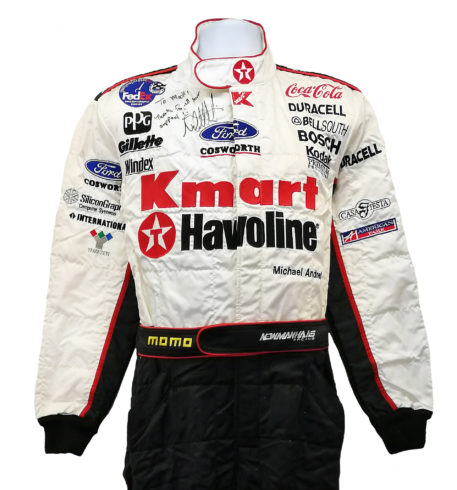 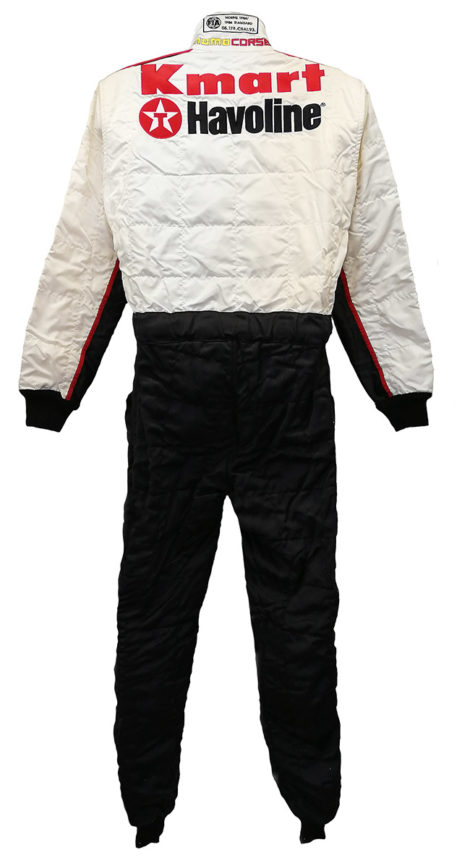 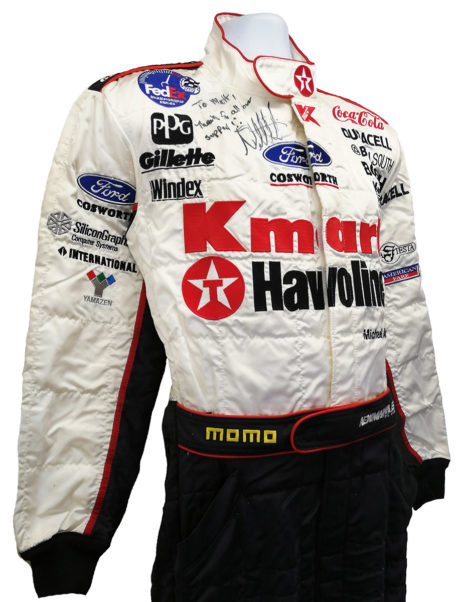 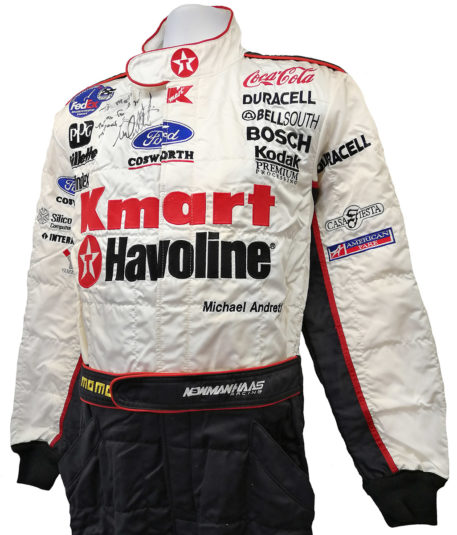 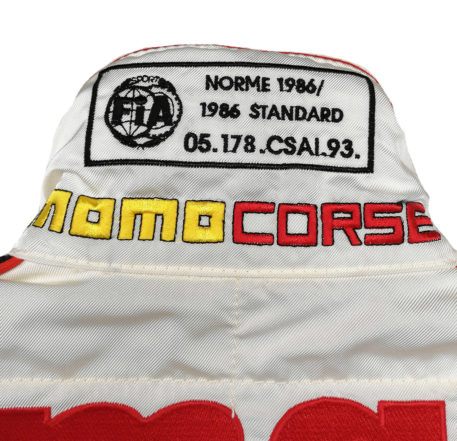 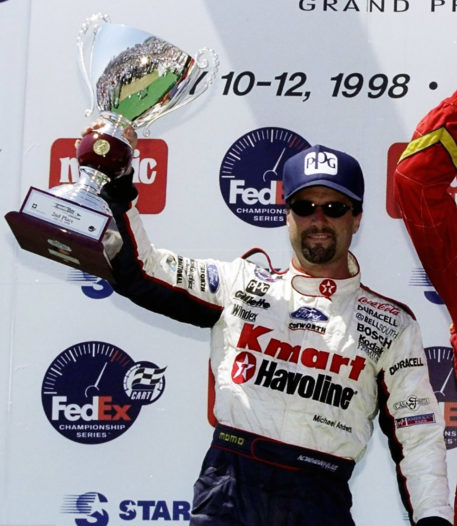 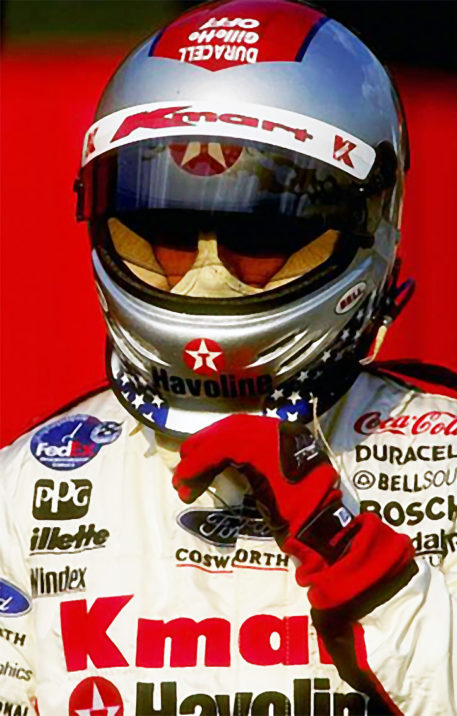 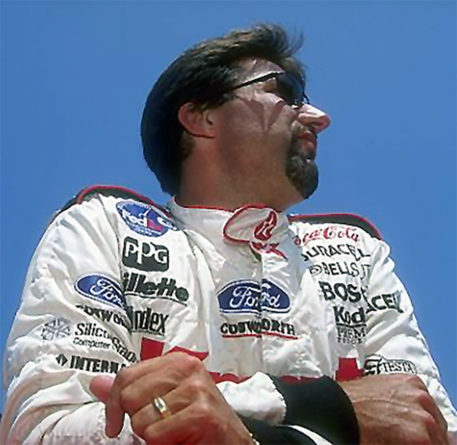 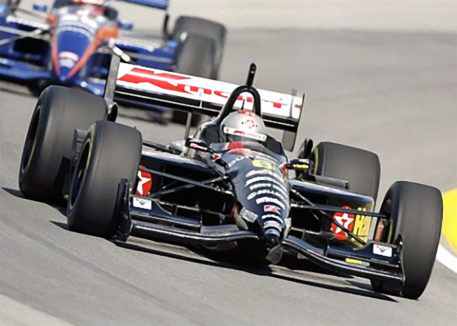 Momo race suit worn by IndyCar legend Michael Andretti. The suit was worn in one or both of two races (Cleveland and/or Fontana) during the 1998 and 1999 PPG CART Series Championship. This was determined due to the fact sponsorship logos were changed for different events throughout the season. Andretti, driving for Newman/Haas Racing, finished on the podium at Cleveland.

The suit has a white torso with black legs and has a black edging with red piping running down the inside of the arms. The belt and neck also have red piping and the team’s major sponsors K-Mart and Havoline branding feature on the front and back of the suit. It also has many other sponsor/suppliers logos on its chest and arms including Duracell, Bell South, and Gillette to name a few. Andretti’s name is embroidered on the left midriff.  The suit has been personally signed by Michael Andretti and has a dedicated message above the signature.

This is a fabulous suit from one of the members of the legendary Andretti Racing Family. Add it to your collection today.