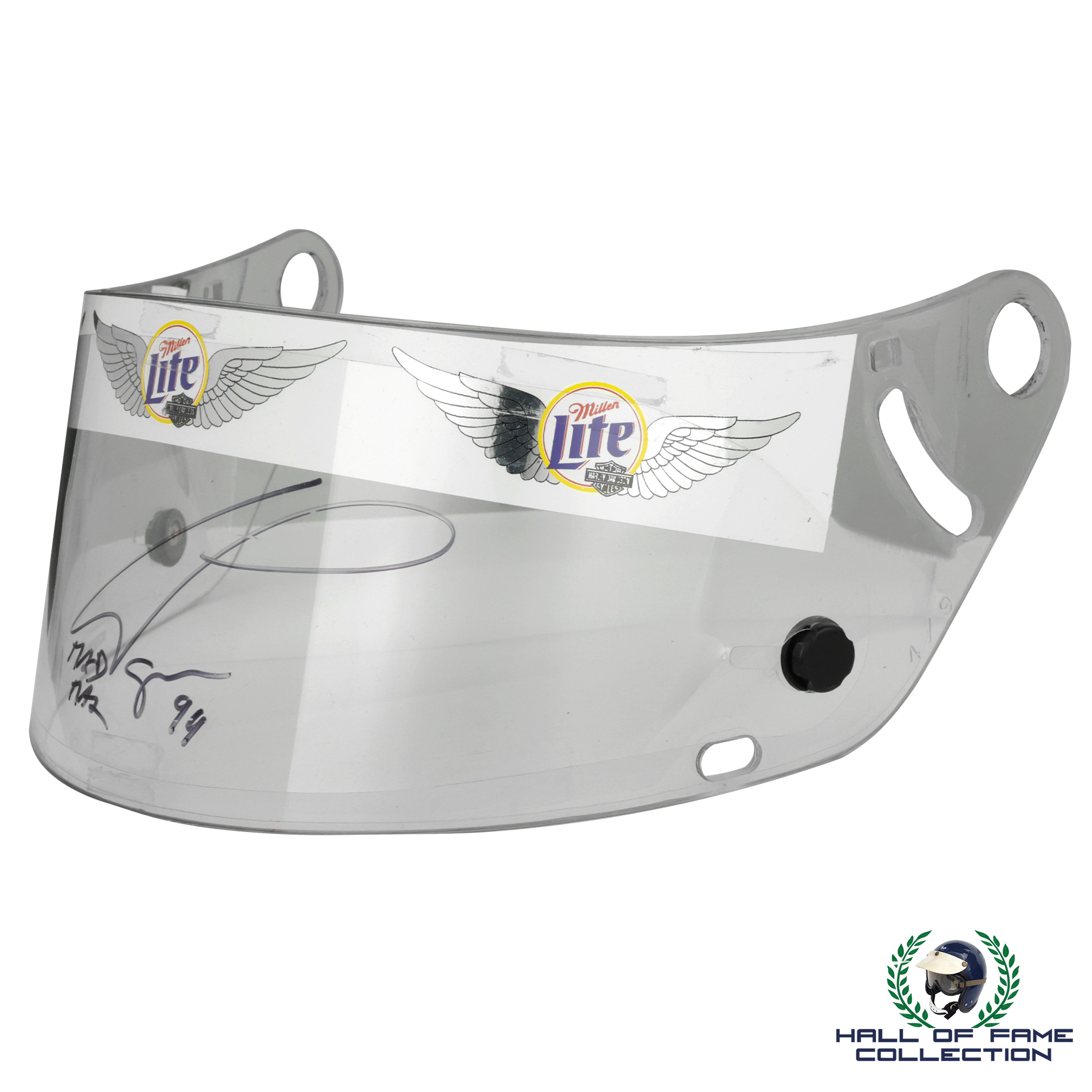 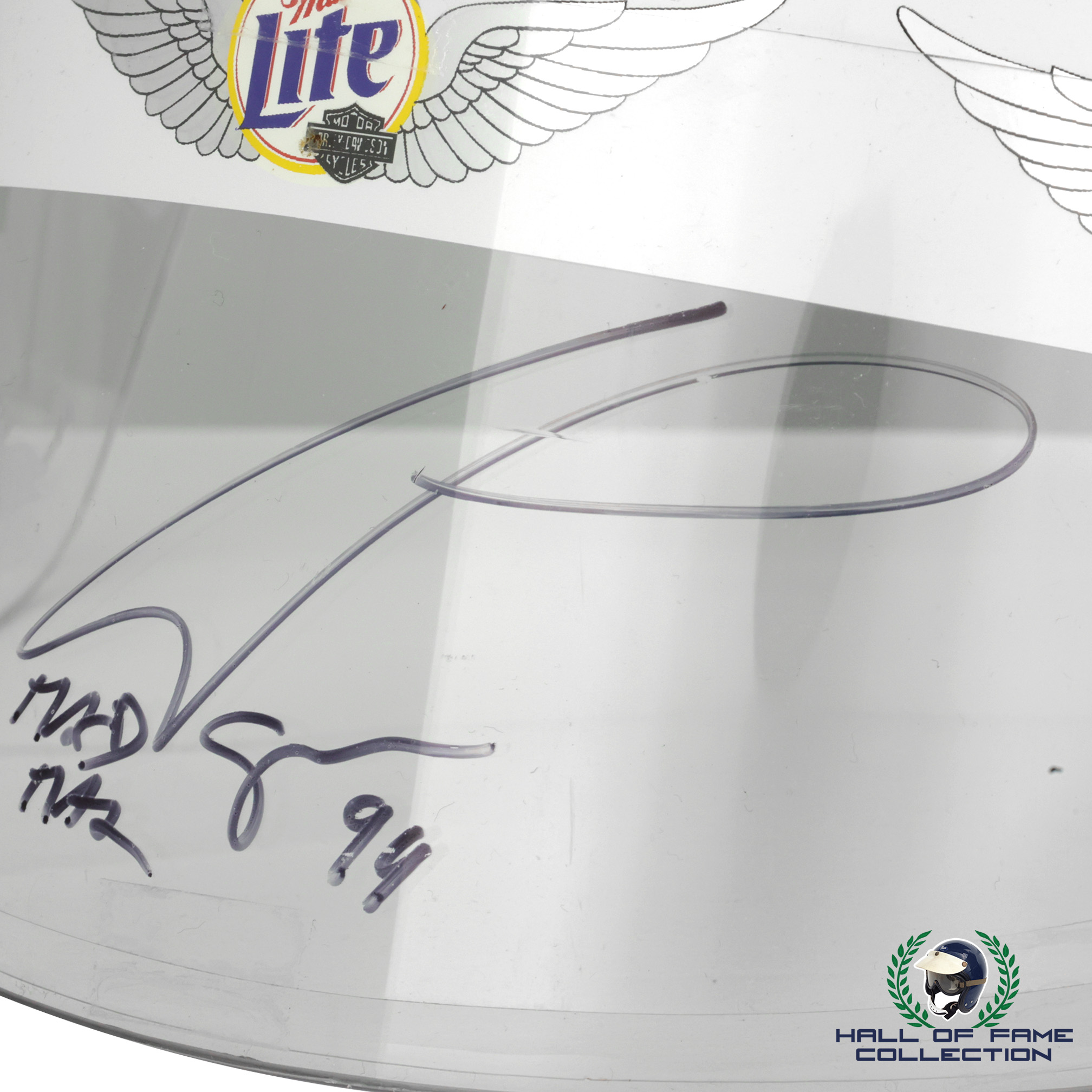 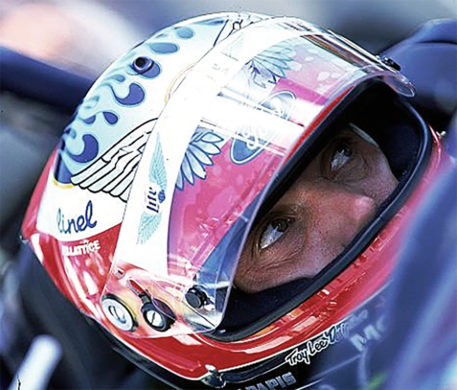 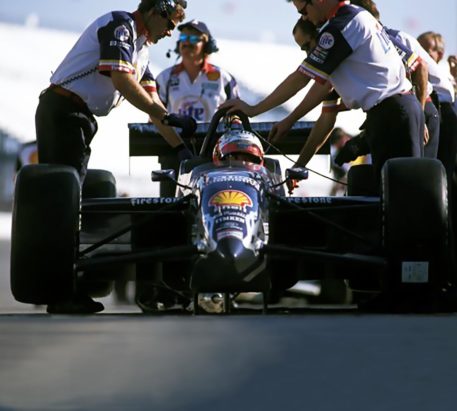 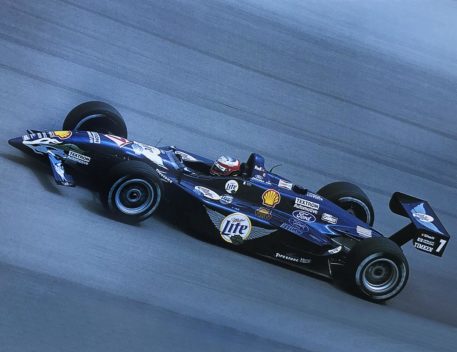 Helmet visor race-used by Italian IndyCar driver Max Papis. It was worn in his first season while driving for Team Rahal in the 1999 CART IndyCar Championship season. The visor was used while the team had a Miller Lite/Harley Davidson livery on Papis’s machine. Papis would have a solid season that year with eleven top-five finishes, including two seconds and one third-place finish.

This visor has a Miller Lite/ Harley Davidson sun visor strip on it, and has been personally signed and year documented by Papis who has also added his ‘Mad Max’ nickname.