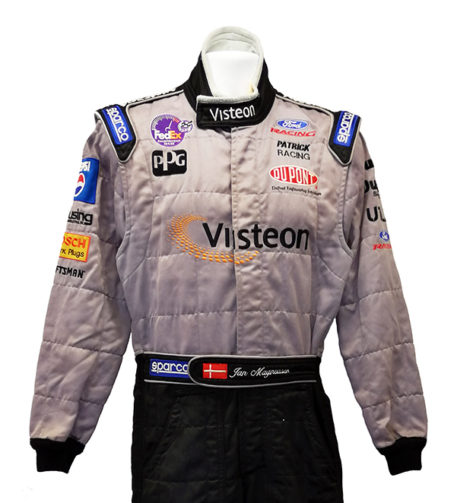 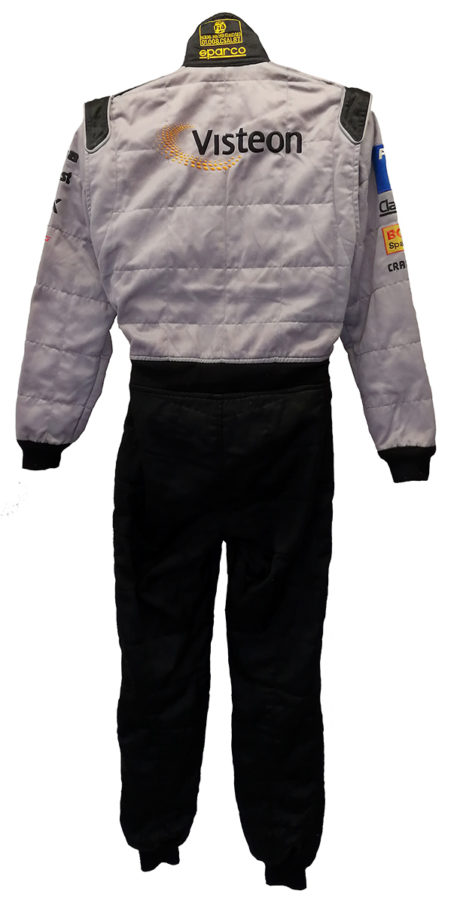 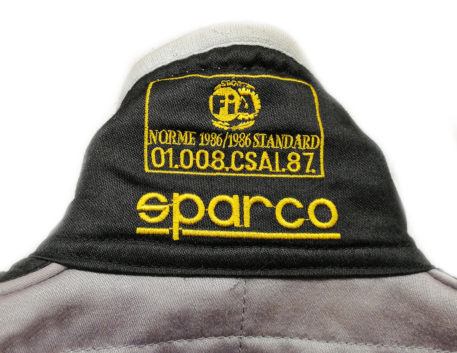 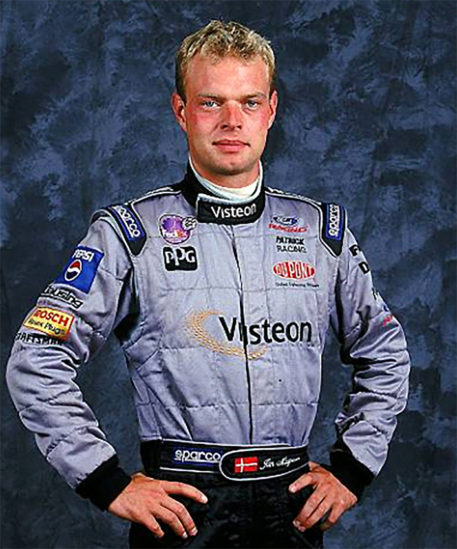 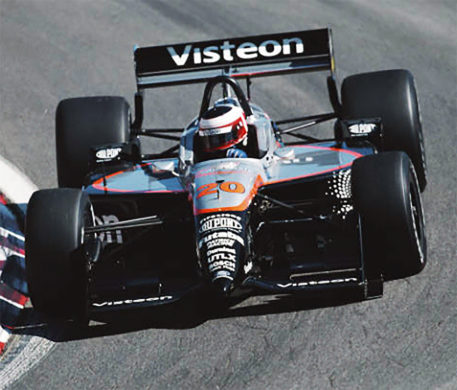 Race used suit worn by Danish driver Jan Magnussen. The former Formula One driver was contracted to drive for the Pat Patrick Racing Team in the last seven races of the 1999 CART IndyCar Series season. This suit was used by Magnussen during one of those races.

This Sparco suit has a silver torso with black legs. Team sponsor Visteon’s logo features prominently on it’s front and back. Magnussen’s name and national flag are embroidered on the waist belt and many other sponsor/suppliers’ logo patches have been applied to the suit’s arms and chest including Ford, Dupont and Pepsi to name but a few.