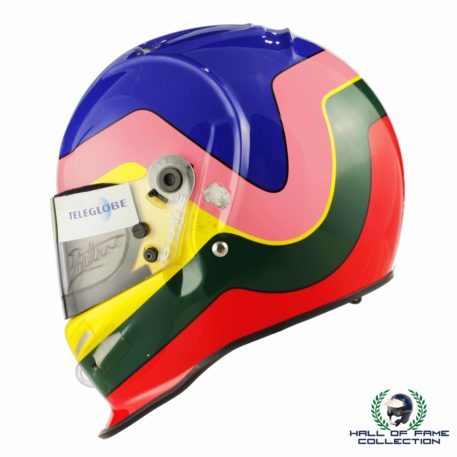 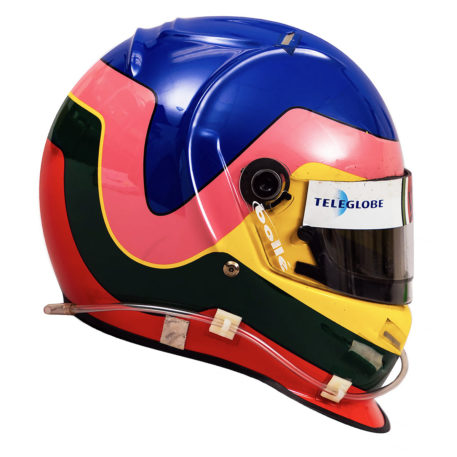 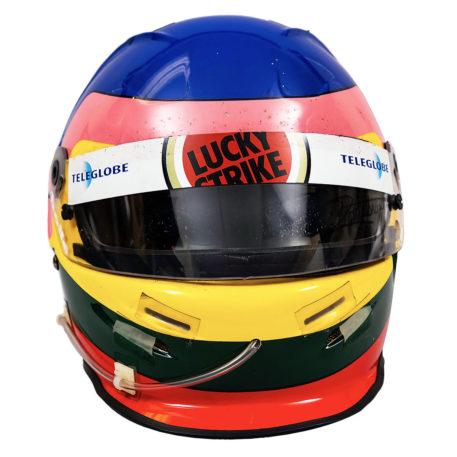 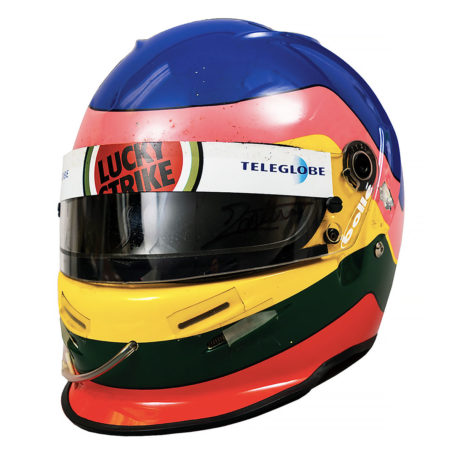 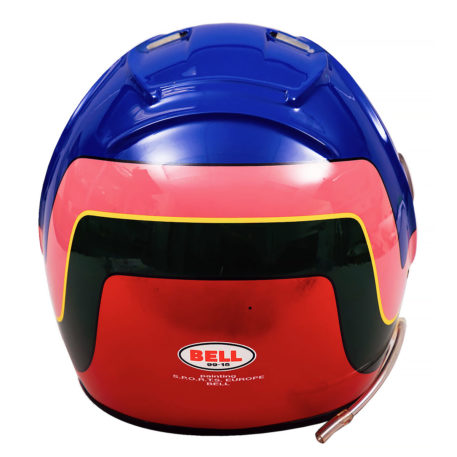 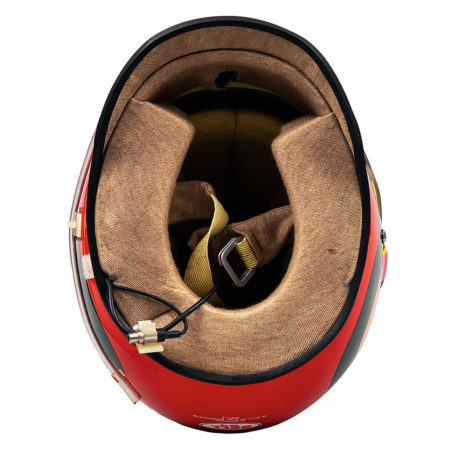 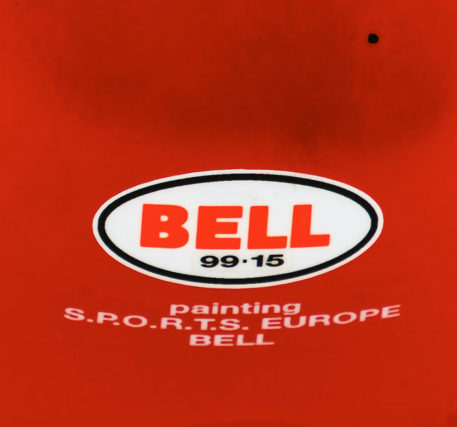 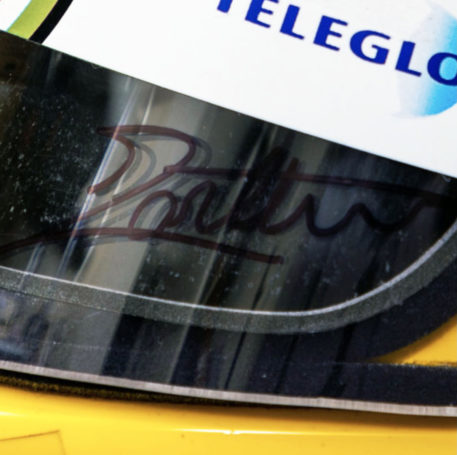 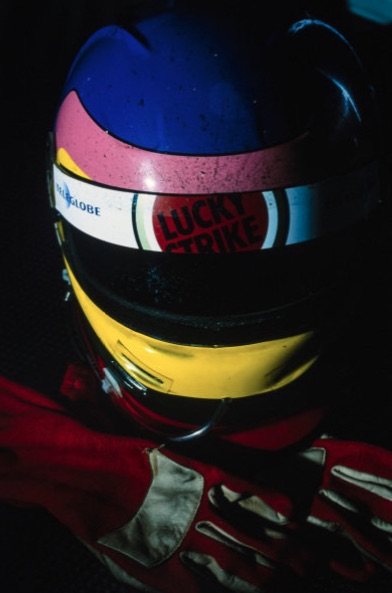 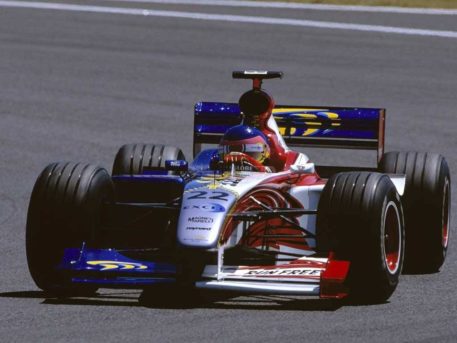 The end of the 1998 season saw Jacques Villeneuve leave the Williams F1 team, the team he had won the 1997 World Championship with. He had decided to join and link up with his personal manager, Craig Pollock, and designer Adrian Reynard in their newly founded British American Racing (BAR) team for the 1999 season. There was a lot of hype about the fledgling outfit, but despite the high expectations and with the car showing promising pace (including running in third place at Barcelona), many technical problems blighted the season with the team and Villeneuve, leading to their chances being ruined by having to retire from many of the races.

This Bell Dominator helmet was utilized many times during the season and was last used at the Italian Grand Prix. It shows heavy race wear and is scarred with pitting, chips, and track grime. There is also a large chip on the left side of the helmet just behind the visor pivot, which was probably caused by the repeated slapping of the ends of the tear-offs at speed. Painted by Bell Sports Europe, it has Villeneuve’s customary multi-colored, multi-banded ‘V’ design he used throughout his career. The helmet has all of Villeneuve’s personal alterations still on the helmet, including the cheek vents being closed-off with heli-tape, having extra foam put around the eye-port, and a drilled out drink tube with the tube still attached. The full radio is also still installed in the helmet, and it has a Bell I.D. decal that reads ‘99-15’ denoting it was the 15th race helmet prepared for the 1999 season. It has a Lucky Strike/Teleglobe sun strip on the visor which also has Jacques Villeneuve’s signature in black marker pen on the left side. The helmet comes in its original Bell carrying bag ,with ‘J.V. 99-15’ on it in handwritten annotations.

This item comes directly from Jacques Villeneuve’s personal collection and comes with a full Certificate Of Authenticity.