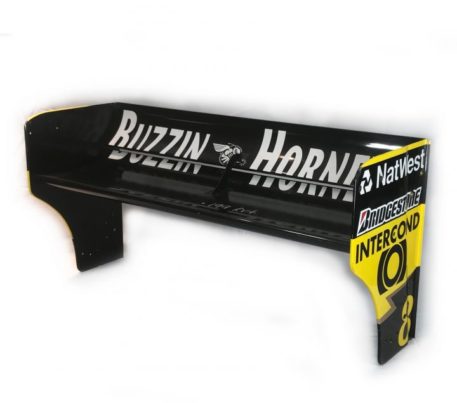 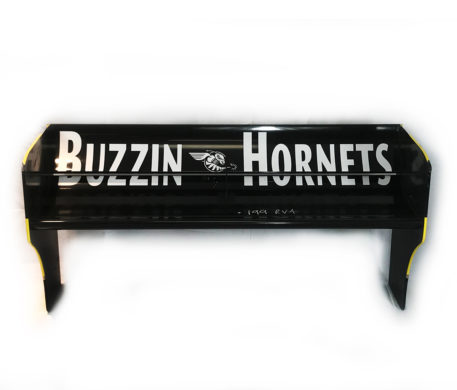 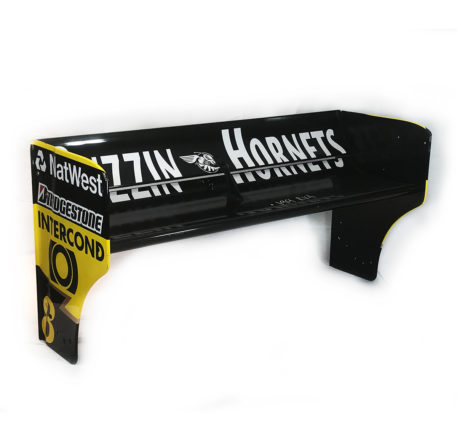 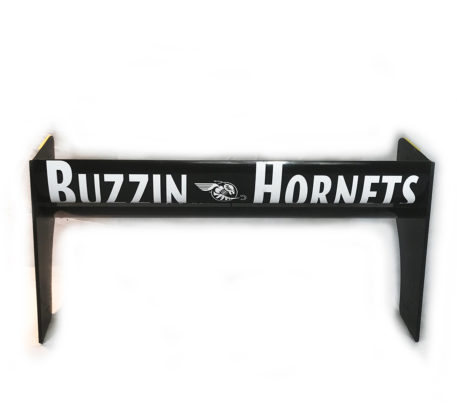 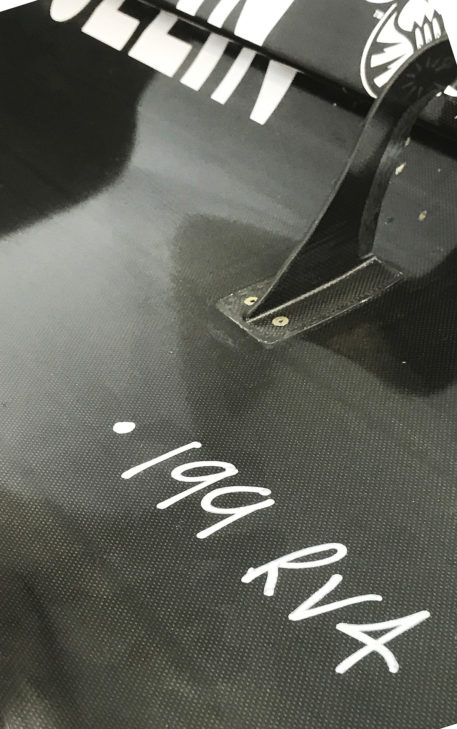 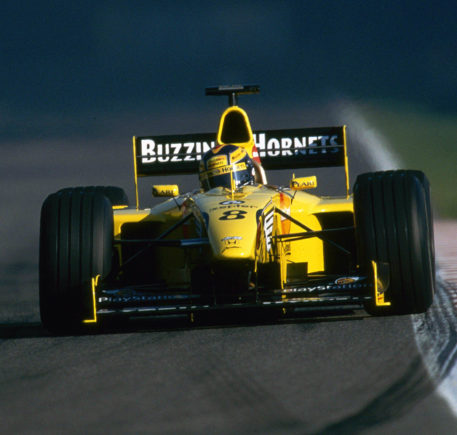 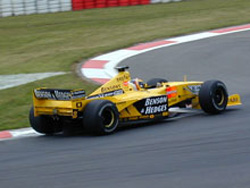 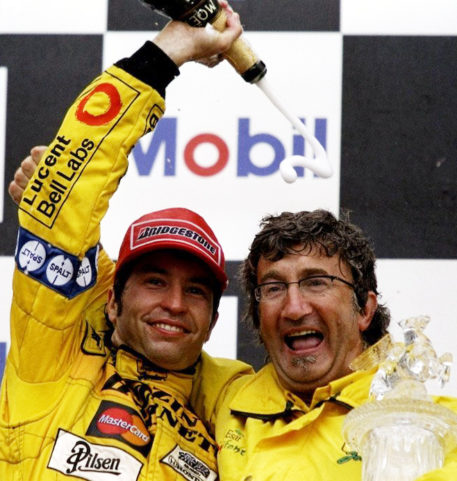 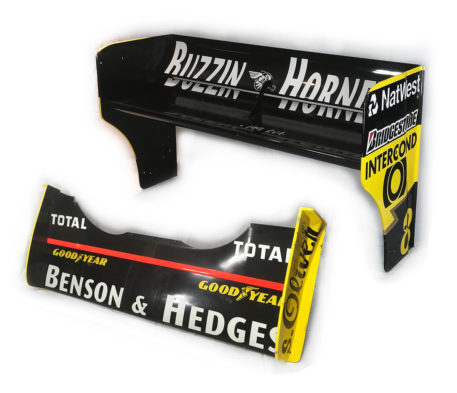 Rear wing set up used on the Jordan Racing Honda powered 199 of Heinz-Harald Frentzen during the 1999 F1 season.

Frentzen moved to the Jordan team in 1999 and enjoyed probably the best season of his career in the Mugen-Honda powered car. He scored two race wins including a memorable French Grand Prix and scored points in the majority of races. He finished third in the Driver Championship and was regarded by many as the driver of the year.

This is a superb piece of Formula One memorabilia, which was used at one of the European non-tobacco advertising tracks (probably Spain) hence the ‘Buzzing Hornets’ logo on the front and rear of the air deflectors. The end plates have sponsorship from NatWest, Bridgestone, Intercond along with Frentzen’s #8.

The rear wing comes with a full Certificate Of Authenticity.