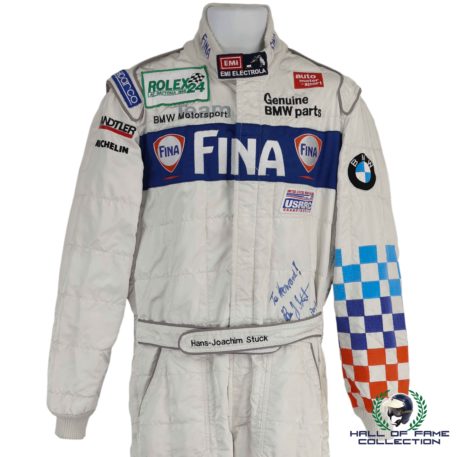 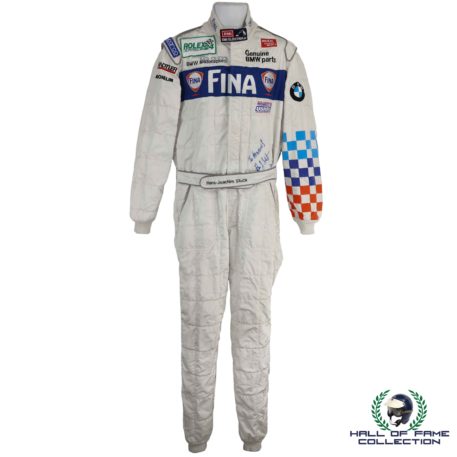 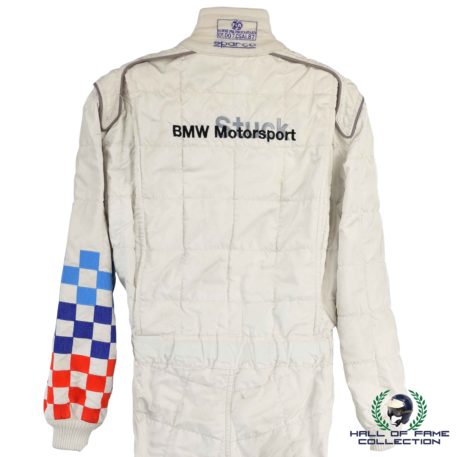 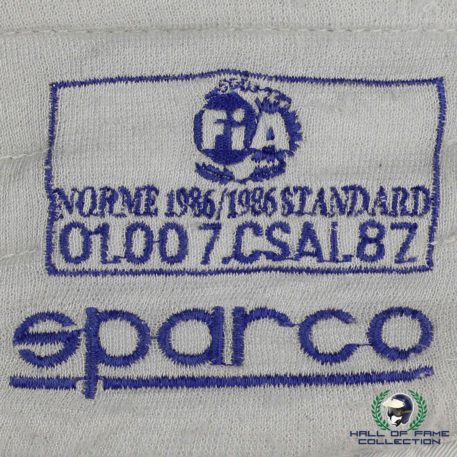 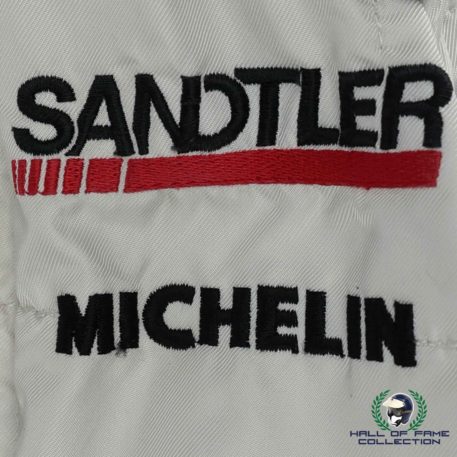 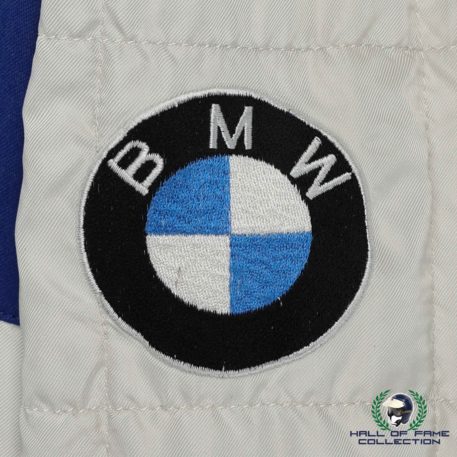 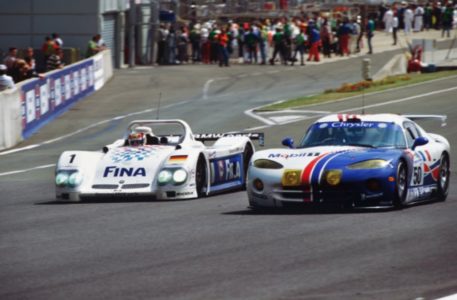 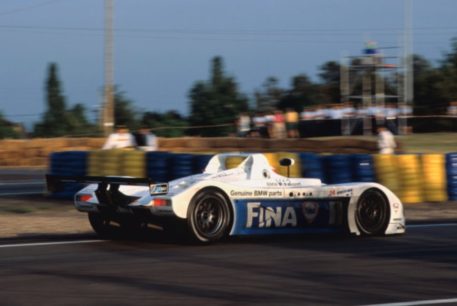 Sparco race-used suit worn by Hans-Joachim Stuck during the 1998 24 Hours of Le Mans driving with Steve Soper and Tom Kristensen while racing in an LMP1 BMW V12. It was Stuck’s final Le Mans start of his ilustirous career.  He also used it in the 1999 Rolex 24 Hours of Daytona driving a BMW M3 E36 in the GT3 class and the event patch was added at that point.

Stuck, nicknamed “Strietzel”, is a German racing driver who has competed in Formula One and many other categories. As a young boy, his father taught him driving on the Nürburgring. In 1969 he started his first ever motor race at the Nordschleife. Speaking about that day he said, “Getting to the grid was extremely exciting. All of a sudden, my wishes to become a racer came true. I just wanted to start the race and give everybody hell!” The following year, at just 19 years of age, he won his first 24 Hours of Nürburgring race at the wheel of a BMW 2002ti. He won there again in 1998 and 2004 as well, each time with a BMW touring car.

Stuck continued racing touring and sports cars all over the world, taking the 24 Hours of Le Mans overall win twice in a Porsche 962, in 1986 & 1987, followed by a class win in 1996. Stuck said the 962 was his all-time favorite race car during his successful career, describing it as having the “perfect combination of power and downforce” and saying that he had “never sat in such a high-tech racing car as the Porsche 962C with the PDK semi-automatic transmission”. In the 1990s he also tasted touring car success, winning the DTM Championship in 1990 with Audi, before returning to Porsche up until the 24 Hours of Le Mans in 1998.

This spectacular off-white suit has main sponsor FINA’s branding logo across the chest, with the Rolex 24 logo above this just below the right shoulder and the Genuine BMW Parts branding logo below the left shoulder. The left arm has the iconic BMW checkered pattern and the BMW crest embroidered on it. The waist belt has Stuck’s name embroidered on it and just above this he has signed the suit to Howard and also marked the suit (Daytona 99) in blue marker pen.