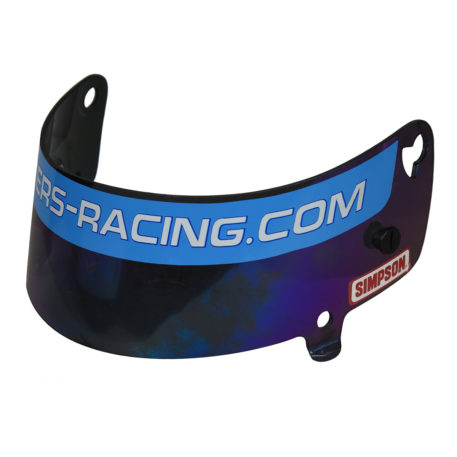 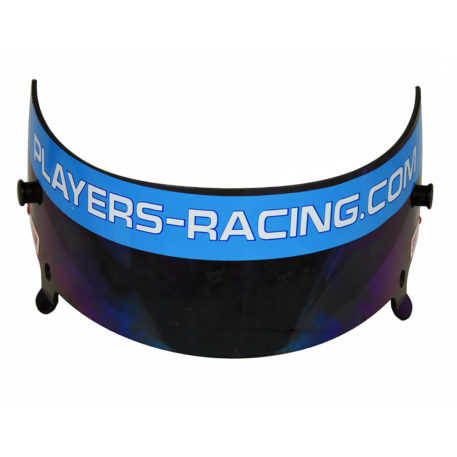 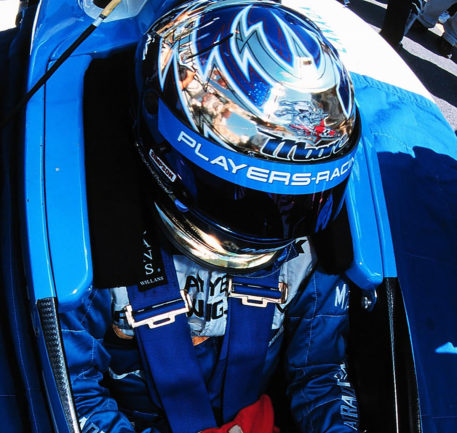 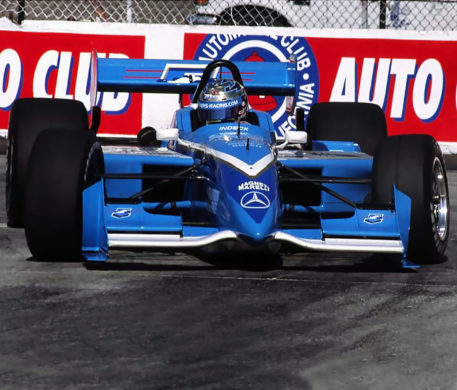 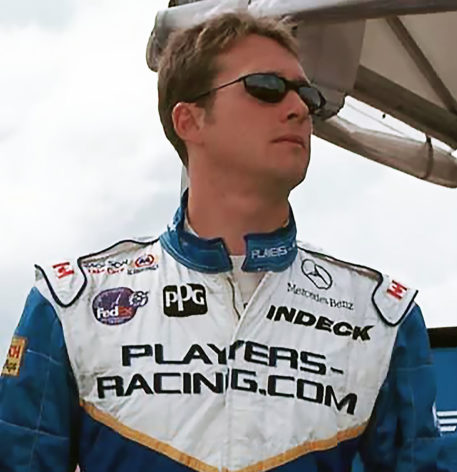 Simpson helmet visor used by well-liked CART IndyCar driver Greg Moore during his final season in 1999. The young Canadian star was just making his way to becoming one of the top drivers of the series when his life was cut short in a devastating crash in the final race of the ’99 season, the Marlboro 500 at the California Speedway in Fontana. In his four seasons of driving for the Player’s-Forsythe Racing Team Moore had already recorded five wins and had many podium finishes. He had signed a three-year contract to drive for Team Penske for the 2000 season just a few months before his fatal accident.

This blue reflective tinted visor was the visor of choice for most of Moore’s career. The light blue sun strip has Players-Racing.Com printed on it.