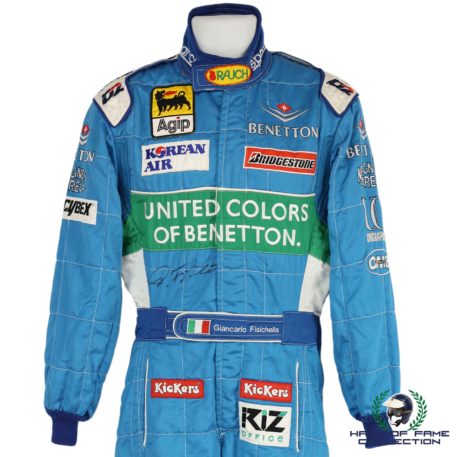 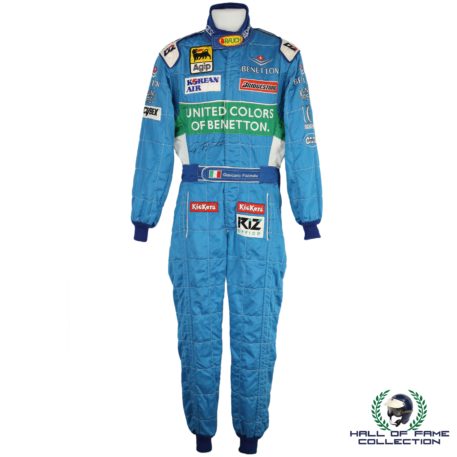 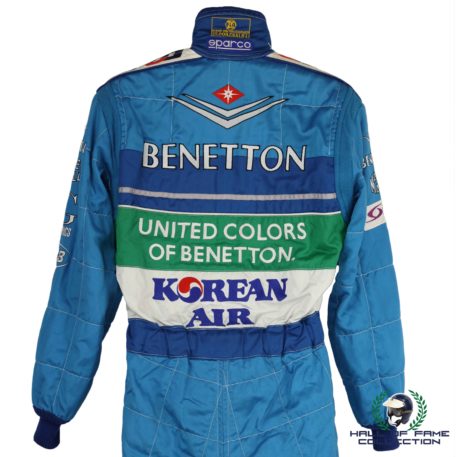 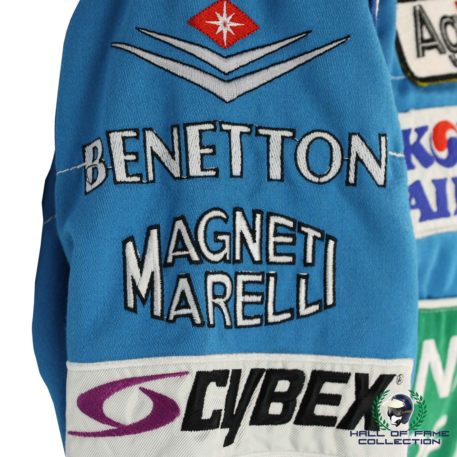 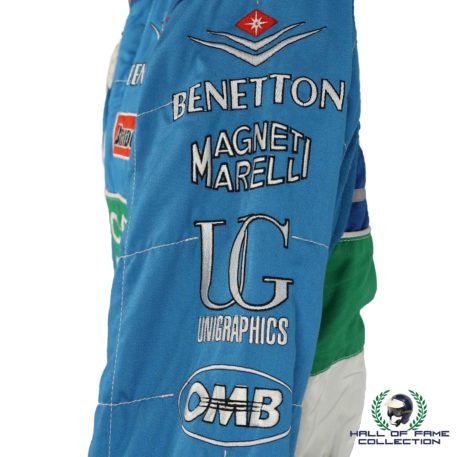 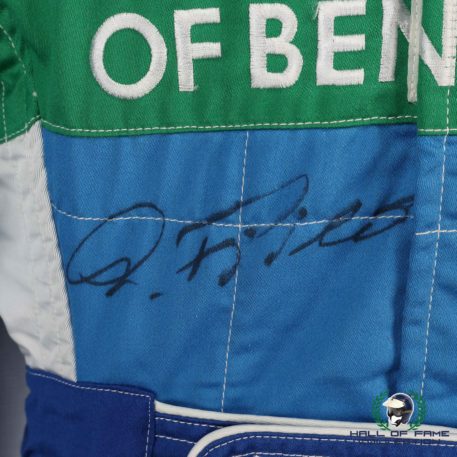 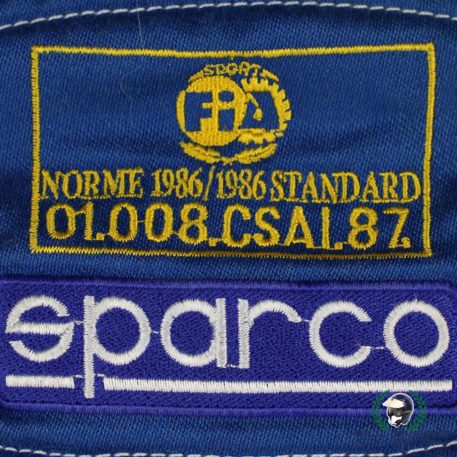 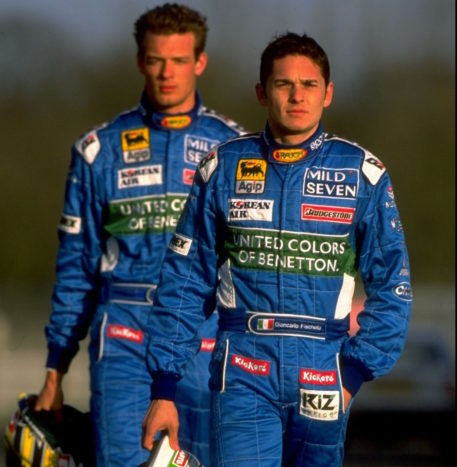 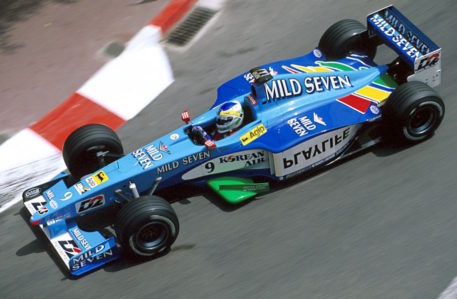 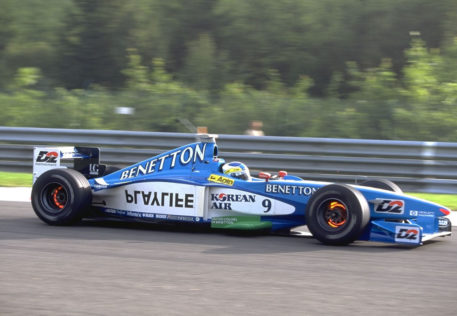 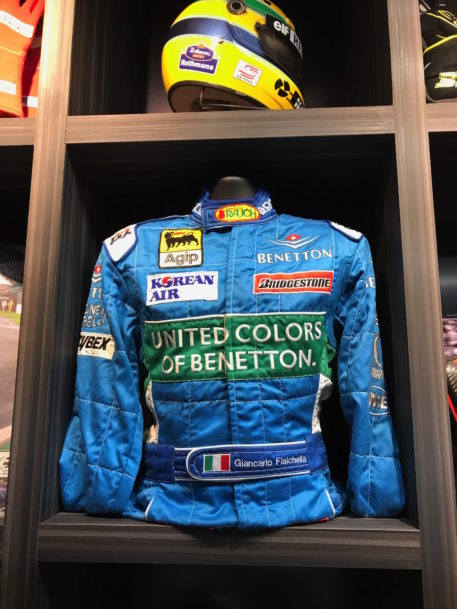 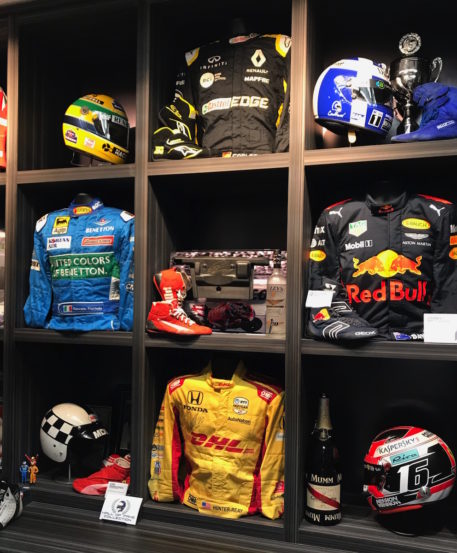 Race-used suit worn by Giancarlo Fisichella during the 1999 Formula 1 season, while driving for the Mild Seven Benetton Playlife Team in their Benetton B199.

Fisichella is an Italian professional racing driver, and like most current Formula One drivers, he began kart racing as a youngster. In 1992, he competed in the Italian Formula Three Championship, racing for the RC Motorsport team. He finished runner up in 1993, and in 1994 he won the championship, following race victories in Monaco and Macau. During the 1999 F1 season Fisichella scored some point finishes, including a hard-fought second at Montreal. At the European Grand Prix he again came close to victory, until he spun off while in the lead.

He has driven in Formula 1 for Minardi, Jordan, Benetton, Sauber, Renault, Force India and Ferrari. Since then he has driven for AF Corse in their Ferrari 458 GTE at various sportscar events, becoming twice a Le Mans 24 Hour class winner, and a GT class winner of the Petit Le Mans at Road Atlanta. He was also Ferrari’s F1 reserve driver for 2010.

This iconic Sparco suit is immediately recognizable due to its eye-catching blue colour and the stunning array of branding logos displayed on it, including United Colors of Benetton, Korean Air, Agip, Bridgestone, Kickers and Magnetti Marelli just to name a few. Giancarlo’s name and Italian national flag are embroidered on the waist belt.

The suit is signed in black marker pen by Fisichella and comes with a Certificate Of Authenticity.