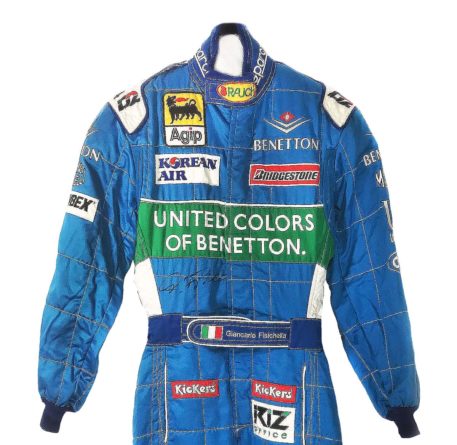 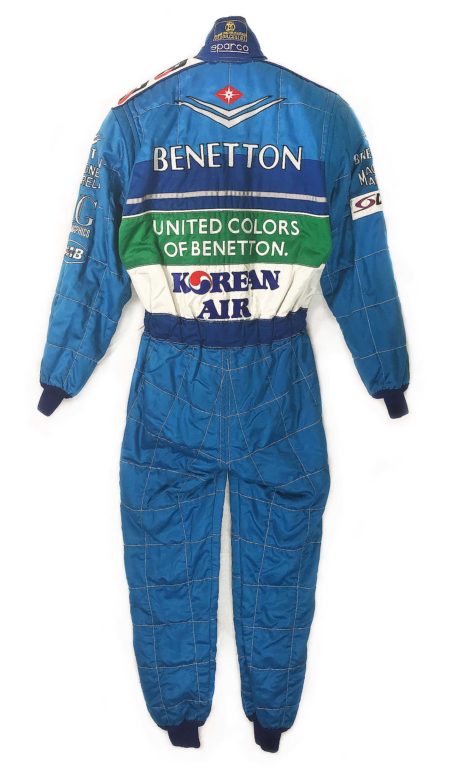 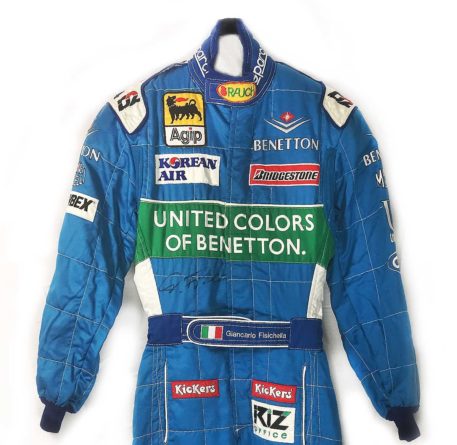 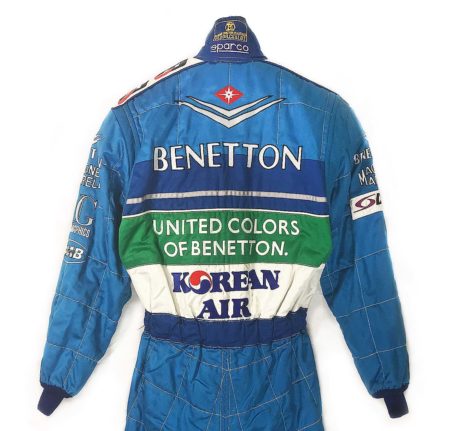 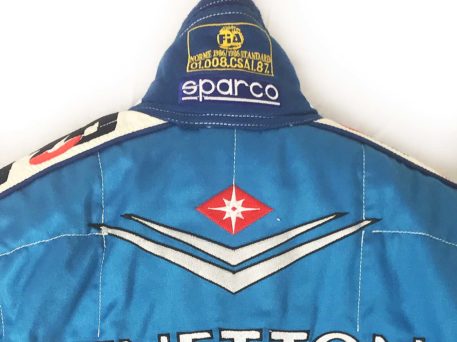 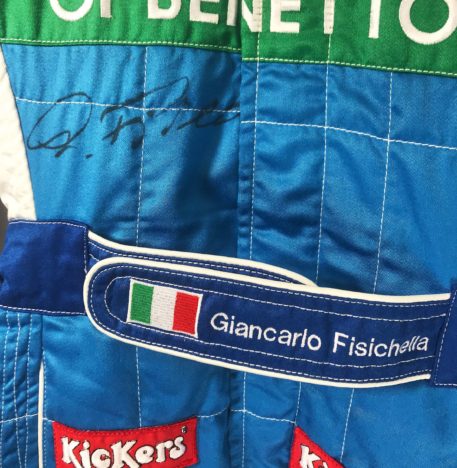 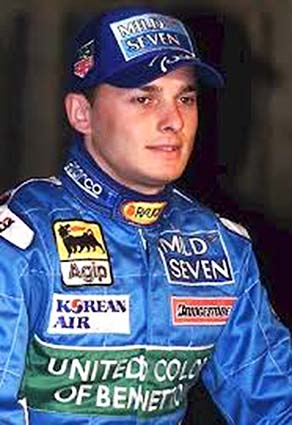 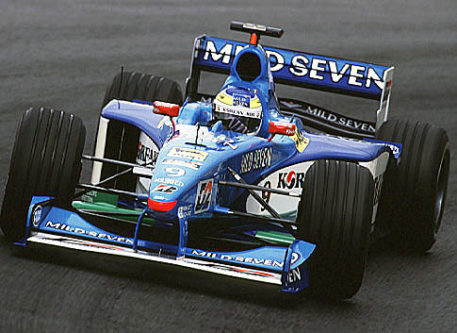 Benetton race-worn suit used by Italian driver Giancarlo Fisichella during the 1999 season. Fisichella piloted the Benetton B199 to four top-five finishes that season. He spent four years at Benetton and scored many podium finishes during his stint with the team.

This strikingly colourful suit has Benetton’s United Colors as the main sponsor on the front and Korean Air on the back, as well as many other sponsors’ embroidered logos and patches on it.

The suit is also personally signed by Fisichella and comes with a full Certificate Of Authenticity. 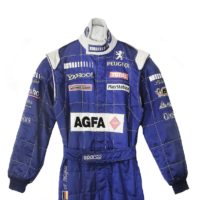