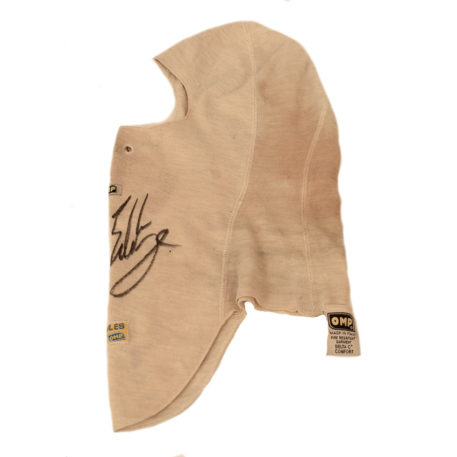 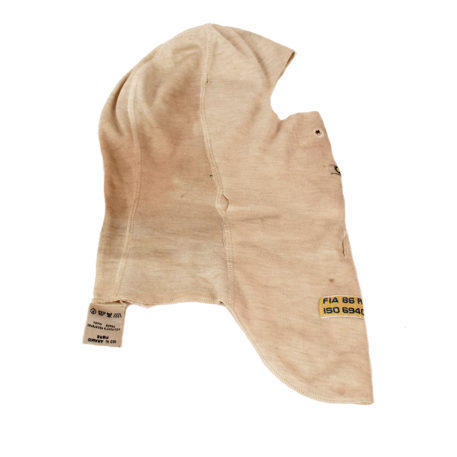 Race worn and signed balaclava from Eddie Irvine during his stint with Ferrari in the 1999 F1 season. That year Irvine came within 2 points of winning the F1 Drivers World Championship, being beaten out by eventual winner Mika Hakkinen. As a result of Irvine’s efforts Scuderia Ferrari would clinch their first World Constructors’ Championship in 16 years.

The balaclava comes with a full Certificate Of Authenticity.