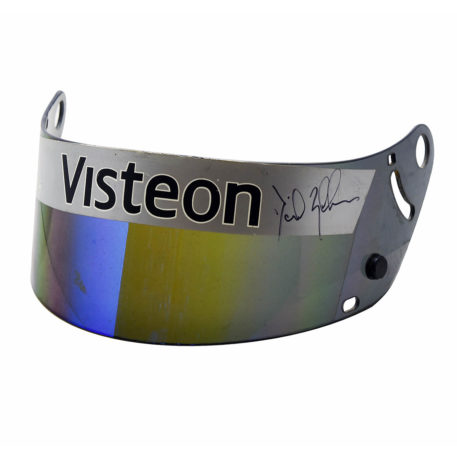 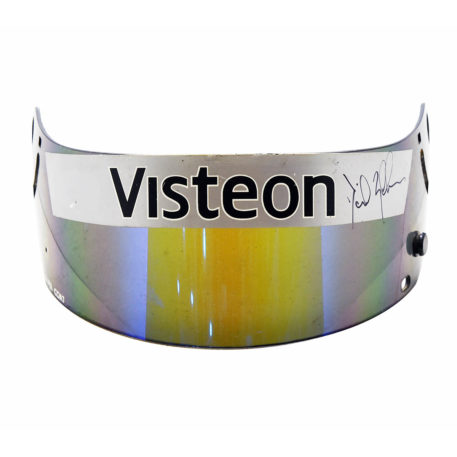 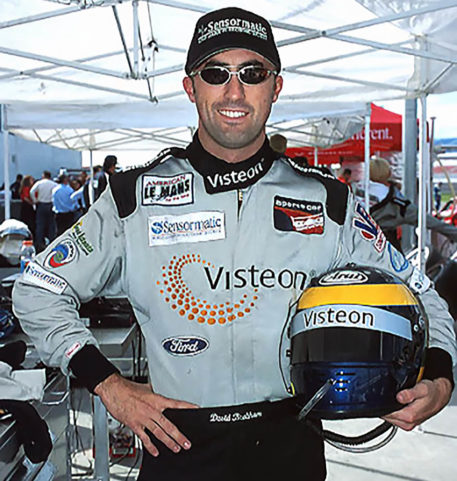 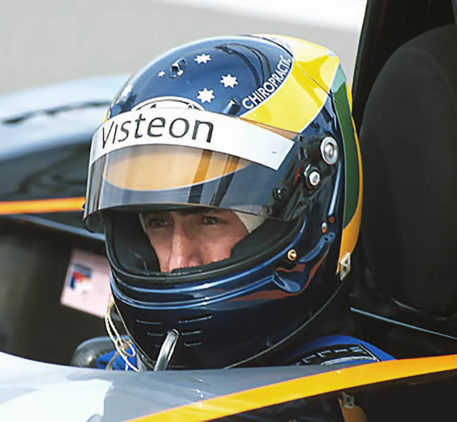 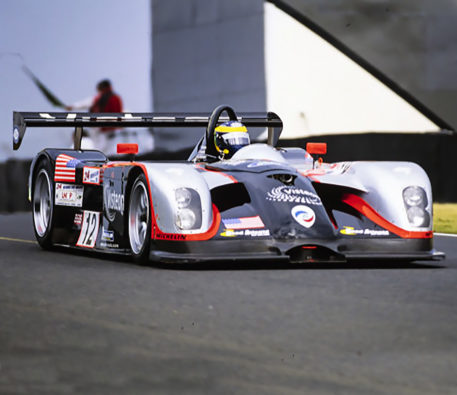 Race helmet visor used by Australian driver David Brabham. He is the youngest son of three-time Formula One World Champion Sir Jack Brabham. He is also a multi-disciplined driver who has seen action in F1, V8 Super Cars, Touring Cars, and GT racing. However, Brabham is better know for his endurance sports car career. Since 1999 he has been a regular in the American Le Mans Series (ALMS).

This tinted visor was used during the 1999 ALMS series where Brabham drove for the Panoz Motorsport team in their LMP1 prototype, sharing the driving duties with Eric Bernard. This pairing finished second in the points, after winning two of eight races. Brabham also drove for the team in the 1999 24 Hours of Le Mans and the 12 Hours of Sebring races.

The tinted visor has the team’s sponsor Visteon branding logo on the sun strip and it is personally signed by David Brabham.

The visor comes with a full Certificate of Authenticity.