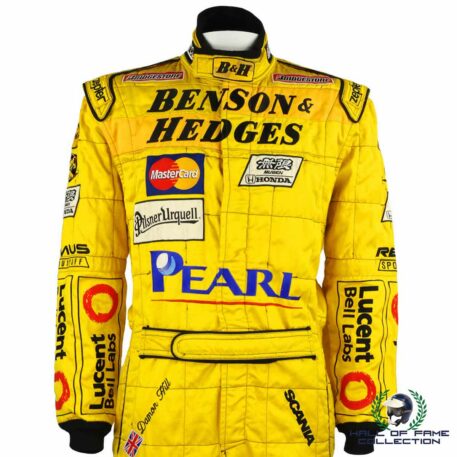 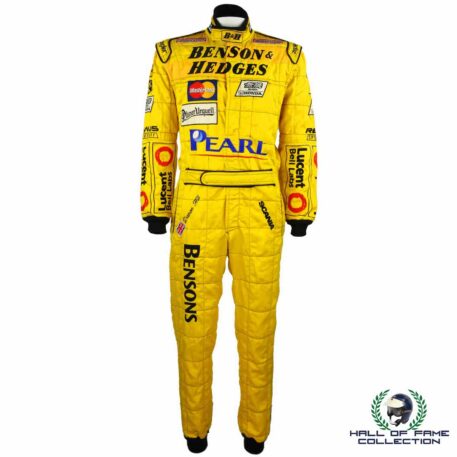 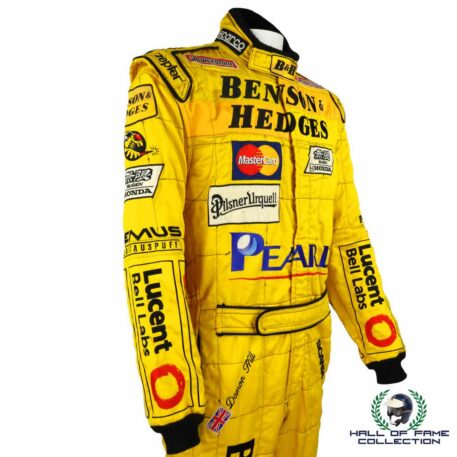 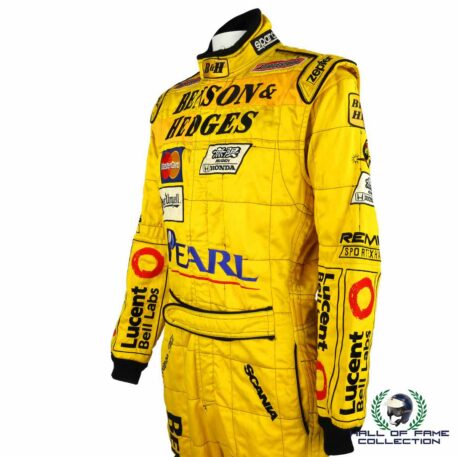 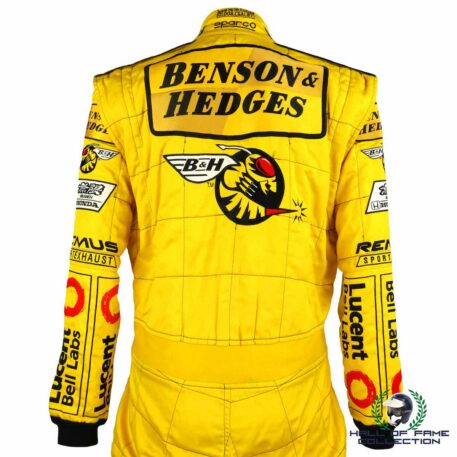 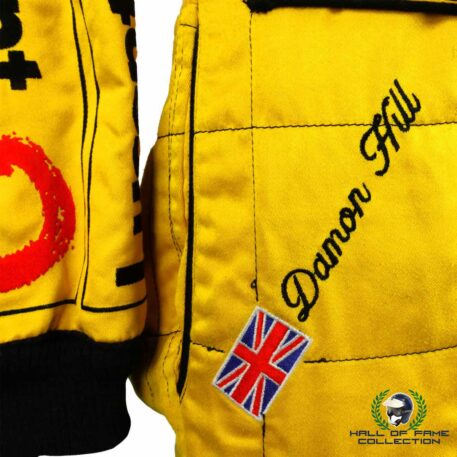 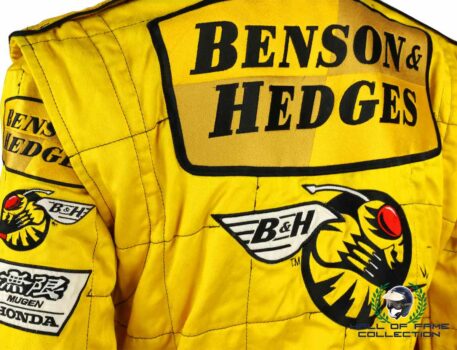 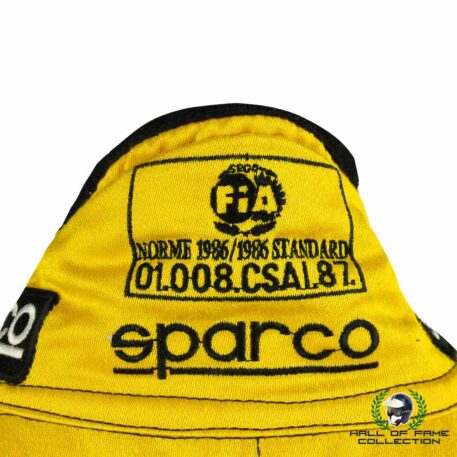 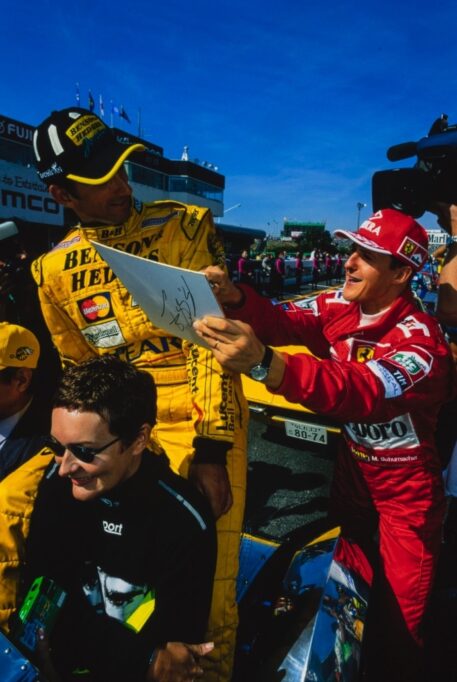 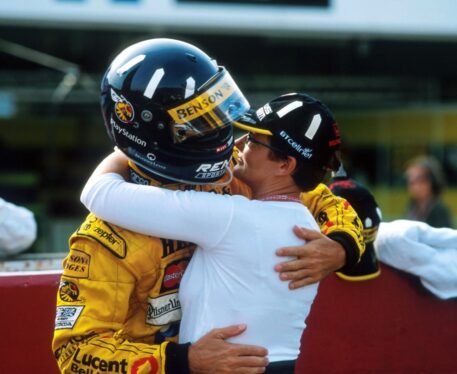 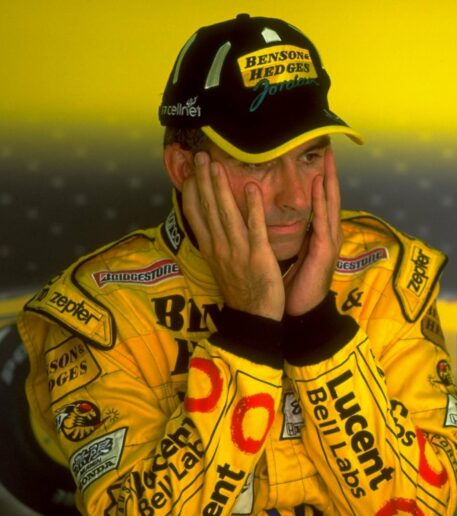 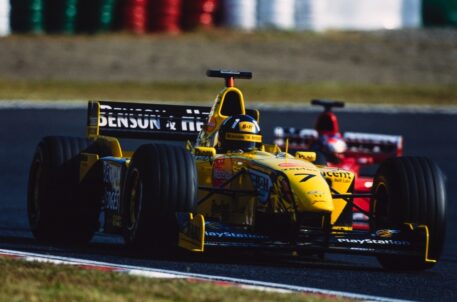 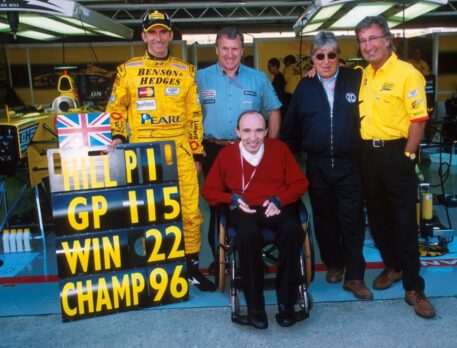 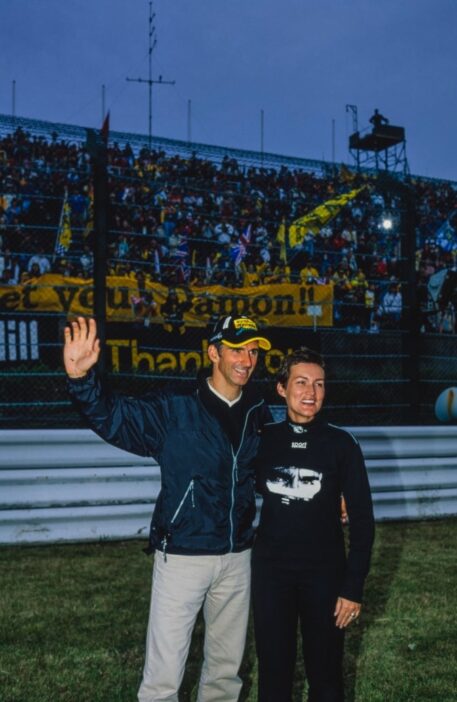 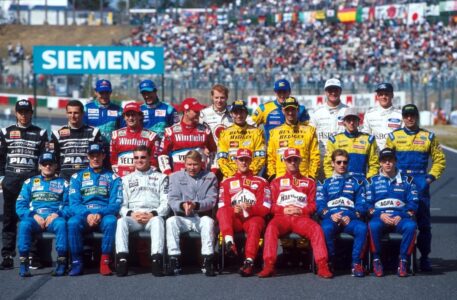 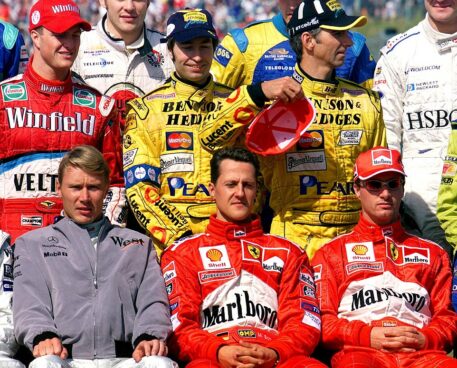 Race-used Sparco suit worn by Damon Hill during the 1999 Formula 1 season while driving for the Benson & Hedges Jordan team. Hill wore this suit in his last-ever F1 race, the 1999 Japanese Grand Prix. This beautiful suit with full tobacco sponsorship is really at the height of F1 suits, where all sponsors where fully embroidered on the suit, making it truly a sight to see in person. The Jordan suits from their Buzzin’ Hornet logo to their dramatic yellow colour make them a very striking suit to display.

The 1996 F1 World Champion’s time with the Jordan team will mostly be remembered for bringing the team its first Grand Prix victory at the 1998 Belgium Grand Prix. The win would also be the Britain’s 22nd and final win of his career. Currently, Hill is a member of the F1 presentation team on Sky Sports F1 as a British driver’s pundit. Damon is, of course, the son of the late Graham Hill, who won the World Drivers’ Championship in 1962 and 1968.

Do not miss out on adding this piece of F1 history to your collection today.